William Overton Smith was an American clarinetist and composer. He worked extensively in modern classical music, Third Stream and jazz, and was perhaps best known for having played with pianist Dave Brubeck intermittently from the 1940s to the early 2000s. Smith frequently recorded jazz under the name Bill Smith, but his classical compositions are credited under the name William O. Smith.

Smith was born in Sacramento and grew up in Oakland, California, where he began playing clarinet at the age of ten. He put together a jazz group to play for dances at 13, and at the age of 15 he joined the Oakland Symphony. He idolized Benny Goodman, but after high school, a brief cross-country tour with a dance band ended his romance for the life of a traveling jazz musician. He gave two weeks' notice when the band reached Washington, D.C. Encouraged by an older band member to get the best education he could, Smith headed to New York.

He began his formal music studies at the Juilliard School of Music, playing in New York jazz clubs like Kelly's Stables at night. Uninspired by the Juilliard faculty, he returned to California upon hearing and admiring the music of Darius Milhaud, who was then teaching at Mills College in Oakland. At Mills, Smith met pianist Dave Brubeck, with whom he often played until Brubeck's 2012 death. Smith was a member of the Dave Brubeck Octet, and later occasionally subbed for saxophonist Paul Desmond in the Dave Brubeck Quartet. Brubeck's 1960 album Brubeck à la mode featured Smith performing ten of his own compositions with Brubeck's quartet (Yanow n.d.). Smith rejoined Brubeck's group in the 1990s. He studied composition with Roger Sessions at the University of California, Berkeley, where he was graduated with a bachelor's and a master's degree.

Winning the Prix de Paris presented Smith the opportunity for two years of study at the Paris Conservatory, and in 1957, he was awarded the prestigious Prix de Rome and spent six years in that city. He has since received numerous other awards, including two Guggenheim grants (Monaghan 1996).

After a teaching stint at the University of Southern California, Smith began a thirty-year career at the University of Washington School of Music in Seattle, where he taught music composition and performance, co-leading the forward-thinking Contemporary Group, first with Robert Suderburg, and then with trombonist Stuart Dempster, from 1966 to 1997 (Mitchell 2001).

Space in the Heart, a jazzopera by Bill Smith Nov. 5 and 6 NYC

From: Impulsive Illuminations
By Bill Smith 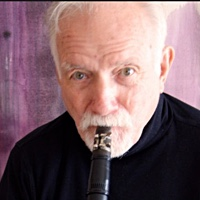 All About Jazz musician pages are maintained by musicians, publicists and trusted members like you. Interested? Tell us why you would like to improve the Bill Smith musician page.