Cellist-composer Tomas Ulrich received music degrees from Boston University and the Manhattan School of Music. After attending a performance by the great Soviet cellist Mstislav Rostropovich at the age of eight, Mr. Ulrich was inspired to begin his musical journey on the cello. In addition to the traditional classical repertoire, Mr. Ulrich's work clearly demonstrates the influence of such diverse artists as Frank Zappa, Jimi Hendrix, Neil Young, Miles Davis,Charles Mingus, Eric Dolphy, Dmitri Shostakovich and Olivier Messiaen. Mr. Ulrich has performed and recorded with such diverse artists as Anthony Davis, Joe Lovano, McCoy Tyner, Alice Coltrane, Anthony Braxton, Aretha Franklin, Derek Bailey, Ravi Coltrane, James Moody,Taylor Ho Bynum, Gerry Hemingway, Dom Minasi, Jason Kao Hwang, Dominic Duval, Ayman Fanous, Ben Allison, Ted Nash, Dave Douglas, Kevin James, Karl Berger, Hans Tammen, Coheed and Cambria, Natalie Merchant and Ivo Perelman. He is also a member of the Diller-Quaile String Quartet, which premiered his Quintet for Trumpet and Strings (featuring guest soloist Herb Robertson) in May of 1996. In 2006, Tomas began his recorded musical collaboration with the acclaimed German trombonist Christof Thewes with the release of Quartetto Pazzo "Melancholera" (with Rudi Mahall and Dirk Peter Kolsch). 2007 saw the release of Mr. Ulrich's first CD as a co-leader (Labryinths with Ayman Fanous on the Konnex label). In 2008, Mr. Ulrich released his first CD as a leader. Cargo Cult (with Rolf Sturm-electric and acoustic guitars and Michael Bisio-acoustic bass) released their first CD "If You Should Go" on the Cadence label to great critical acclaim. This ensemble has gone on to release three more CDs on the CIMP label (Tomas Ulrich's Cargo Cult (2009), Lonely House (Covers) (2010), Discovers (2011)). 2010 also saw the release of "Clear Horizons" on the German gligg record label with a new ensemble Tomas Ulrich's TransAtlantic Quartet (with Christof Thewes -trombone, Martin Schmiddi Schmidt-mandolin and Michael Griener-drums). JAZZ NOW has characterized him as "the total package ... incredible chops, great imagination and superb pitch. He fulfills the roles of bassist, guitarist, and additional horn player and is endlessly talented and creative". Jay Collins from Signal to Noise has written that "Tomas Ulrich is surely one of the most accomplished and intriguing cellists in improvised music, with a brilliant technical mastery and ability to play prickly improv, jazz, classical, film music or pretty much anything he desires." Tomas has written music for film, theater and instrumental performance and has concertized in Europe, Japan, South America and the United States.

Mr Ulrich can be heard on over 100 CDs in a wide variety of musical styles and settings. Tomas has recently returned from a wonderful tour in Avignon with Bruno Bertrand percussion and Francois Grillot bass. These performances have been released as digital downloads by AMJI and are available on Itunes, Amazon, etc. . Tomas will be performing a solo cello recital in Saarbrucken on August 9th in addition to a series of concerts with Christof Thewes, Martin Schmidt, the Christof Thewes Little Big Band (Concerto for Cello, Mandolin and Big Band), Alexander Schlippenbach and Jan Roder. Show less 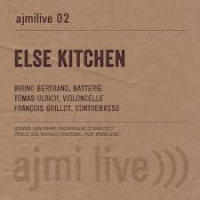 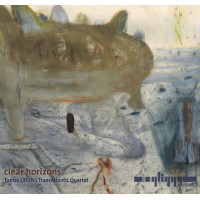 If You Should Go

All About Jazz musician pages are maintained by musicians, publicists and trusted members like you. Interested? Tell us why you would like to improve the Tomas Ulrich musician page.