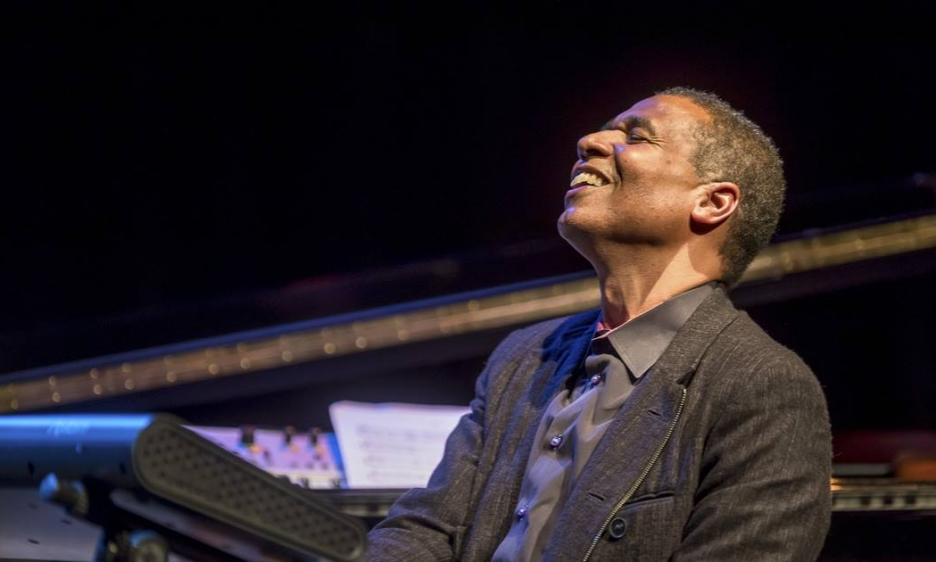 By Paul Rauch
August 18, 2020
Sign in to view read count
The city of Seattle has a jazz history that dates back to the very beginnings of the form. It was home to the first integrated club scene in America on Jackson St in the 1920's and 30's. It saw a young Ray Charles arrive as a teenager to escape the nightmare of Jim Crow in the south. It has produced such historical jazz icons as Quincy Jones and Ernestine Anderson. In many instances it has acted as a temporary repose for greats such as Jelly Roll Morton, Joe Venuti, the aforementioned Charles, Larry Coryell, Julian Priester and Randy Brecker, to mention but a few.

From the 1970's forward into the new century, pianist/keyboardist Marc Seales has cast a long shadow on the jazz scene in Seattle. His high profile status as the city's first call, top shelf pianist, combined with his work with national headliners, has shed significant light on the fluent, open ended goings on in the northwest corner of the country.

Seales has as well mentored two generations of aspiring artists as Professor of Music at the University of Washington, where he serves as Chair of the Jazz Studies Program. Somehow, he has been able to juggle his growing set of responsibilities there, with a touring and recording schedule that has included liaisons with such high profile artists as Ernie Watts, Joe Henderson, Art Pepper, Benny Carter and Mark Murphy. He is quick to acknowledge that his greatest influences have been two late, great Seattle jazz icons-trumpeter Floyd Standifer, and saxophonist Don Lanphere. From those two titans, he advanced his knowledge of the bebop idiom to give voice to his modern, post-bop style. Standifer and Lanphere's experience was rooted in their first hand experience with bebop pioneers such as Charlie Parker and Fats Navarro.

Seales' evolution as a performer has been witnessed at Seattle's most noted jazz spots. He has performed regularly over the years at Jazz Alley, The New Orleans Creole Restaurant and The Ballard Jazz Festival, but his monthly performances over 26 years at the now shuttered Tula's Jazz Club achieved legendary status. Seales never failed to change up the lineup of his band from month to month, enlisting his bandmates from an "A" list of northwest jazz luminaries. The Marc Seales Band would often include Portland based drummer Gary Hobbs, bassist Chuck Deardorf and trumpeter Thomas Marriott. In different configurations, one might see bassists Jeff Johnson or Evan Flory-Barnes, drummers D’Vonne Lewis or Steve Korn, vibraphonist Tom Collier, guitarists Fred Hamilton or brother Jesse Seales, and saxophonists Mark Taylor and Richard Cole. Simply stated, playing Seales' gig at Tula's was an esteemed place to be. The band released an album recorded live at Tula's entitled, A Time, A Place, A Journey (Origin, 2002) that includes six original compositions and a bluesy take of the gospel standard, "Deep River."

Seales is a founding member of the highly regarded trio New Stories, along with bassist Doug Miller, and drummer John Bishop. The trio has four critically acclaimed albums of their own, six with be-bop legend Lanphere, and received a Grammy nomination for Song For the Geese (RCA, 1997) with vocalist Murphy . New Stories was one of the the first US jazz groups to play in the former USSR's far east, featuring at the 1993 JVC Jazz Festival in Vladivostok, Russia. There, they appeared with Tom Harrell, Nick Brignola, Slide Hampton, Conte Condoli, Bobby Shew, Jon Faddis, & Larry Coryell. Speakin' Out (Origin, 1999), a collaboration with saxophonist Watts, was recently re-issued, following a reunion of the trio with the esteemed tenor giant at the 2019 Ballard Jazz Festival.

Under his own name, Seales released three volumes of American Songs (Origin, 2012), delving into American popular compositions ranging from jazz and blues, to James Taylor and the Doobie Brothers. The recordings speak to his personal evolution musically growing up in rock bands with his brother Jesse, to his current status as a virtual cornerstone of jazz music in the Pacific Northwest. The Paris Suite (Self-Released, 2009) which moves from original material to Miles Davis, exemplifies as well as any of his recordings, his ability to move from piano to electric keyboards and synthesizers seamlessly.

As a piano stylist, Seales' approach would best be described as post-bop modernism, bringing that sense of adventure to everything he touches, whether it be original material, jazz standards, or his penchant for interpreting pop and rock classics. Talent wise, he stands tall among influential icons like Herbie Hancock, or next generation stars George Colligan and Orrin Evans. While he has been widely respected in the jazz world for more than thirty years, his decision to become a tenured professor has denied many the opportunity to see him perform. That dedication to family, and tending to the next generation, and then the next, of up and coming artists has spread his influence on the music perhaps further than a plain performance career could offer. He would often prop a University of Miami Law School cap on the piano at Tula's in the last years of the club's long history. He would remark that it reminded him of why he worked so hard-he was putting his daughter through law school! His choice of lifestyle would as well represent a huge tick in the win column for the Seattle jazz scene-that which turned his focus to the music of a city with a rich and proud jazz tradition. His name has been swept up in the same vortex as Quincy Jones and Ray Charles. It sits proudly beside Jay Thomas, Ernestine Anderson, Hadley Caliman, Julian Priester, Greta Matassa,Thomas Marriott and his two main kindred spirits-Standifer and Lamphere.