"In music you just can't escape when something is beautiful," Ray Charles recently said. Added the legendary singer/pianist/composer, "Like a good song, you can't get away from a good song. You have a good song, and it will still be beautiful, even when somebody with a bad voice sings it. I love the old writers, who wrote beautiful love songs. I came up on those kinds of songs. But I have just as much love for blues and jazz too. "It's like {{m: Duke Ellington = 6521}} said; there are only two kinds of music - good and bad. And you can tell when something is good." That observation can apply to anything in Charles' extensive catalog. From country to blues to jazz to R&B and even funk, the 73- year old Charles has set the aesthetic standard for more than five decades, earning plaudits across the globe and setting standards that his legion of fans, in and out of the entertainment industry, aspire to. More often than not he wasn't called by his name - or even his longtime nickname "Brother Ray"---his is simply "The Genius." His career has borne that title out. Few artists can claim to have had such a wide ranging impact on the music we love, and even fewer have altered the course of so many musical streams - from his soul-jazz combos to his crucial R&B bands, to his landmark country music recordings, "Modern Sounds in Country Music." Only modesty kept him from saying the obvious - that his name sits at the top of the soul singers list. Ray Charles Robinson was born in Albany, Georgia on September 23, 1930 (he shares a birthday with another musical icon, John Coltrane). Charles was not born blind - he lost his sight to undiagnosed glaucoma at age seven. He enrolled in the St 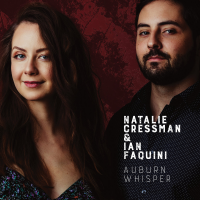