Jazz Education: The Next Generation, Part 1 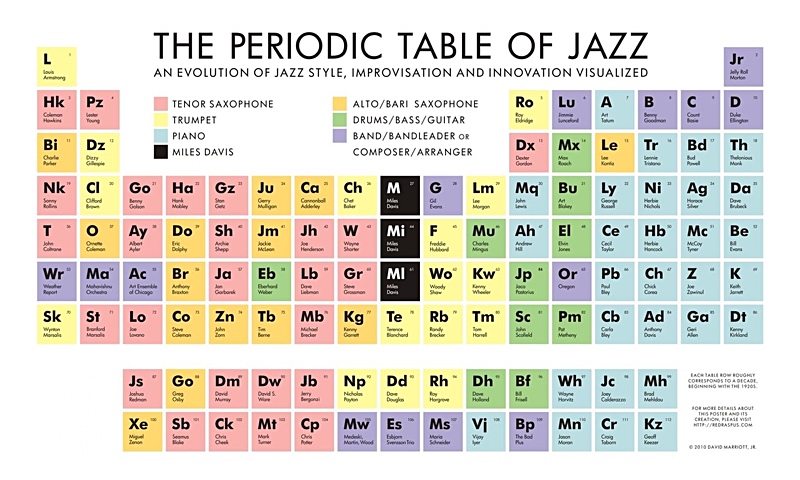 By KARL ACKERMANN
December 30, 2016
Sign in to view read count

How can one justify the serious discussion on the college level, of a subject which…makes an art out of vulgarity? —Harry Allen Feldman

Ken Prouty, an assistant professor of Musicology and Jazz Studies at Michigan State University and author of Knowing Jazz: Community, Pedagogy, and Canon in the Information Age (University Press of Mississippi, 2013) has written at length about the early history of jazz education in the US. In his writings, he has pointed to the period from the advent of U.S. jazz and into the 1940s, as one where written records regarding formal jazz training was negligible.

Prouty accentuates that "Even into the 1960s, as jazz was becoming more accepted in society at large, many in the academy would employ this same kind of rhetoric in justifying the exclusion of jazz from the curriculum. As [music educator] Harry Allen Feldman writes... 'who can deny the close relationship between jazz and delinquency... how can one justify the serious discussion on the college level, of a subject which...makes an art out of vulgarity?'" Feldman, like others in the larger music world at that time, was a classical elitist with a somewhat hysterical view of jazz.

More than most academic disciplines, the concept of being self-taught was seen as beneficial and/or essential among the jazz musician population, while being either scorned or ignored in the academic world. Whatever the case, for most jazz musicians, economic, geographic or other accessibility issues, made an academic path a less likely option in the first decades of jazz in the U.S. Near the end of the 1940s jazz curriculums had been instituted in what was later to become the University of North Texas and Boston's Schillinger House, later renamed as Berklee. These were exceptions and it wasn't until the 1960s and 1970s, that the U.S. saw sizable development in college and university jazz programs.

There were, of course, alternatives to a purely jazz-oriented education. In the early days of modern jazz, school band programs, correspondence courses and technical high schools filled a void in jazz education. In 1911 Louis Armstrong was a resident of what was then called the New Orleans Colored Waifs Home for Boys—essentially an orphanage—where he first learned to play cornet. His contemporary, Bix Beiderbecke, taught himself to play by ear. In later years Chet Baker, Miles Davis and Thelonius Monk all began their musical experiences in local churches but refined their skills through very different channels. Baker went on to play in an Army band at the age of sixteen; Davis studied at the Juilliard School of Music while Monk honed his talent as the house pianist at Minton's in Harlem. Henry Threadgill first performed as a percussionist in his high-school marching band. Benny Carter was self-taught and, similarly, Muhal Richard Abrams quickly left music classes at Roosevelt University to teach himself to play.

In remote rural areas and/or socio-economically challenged parts of the country, the choices for formal music education were even more limited. Beginning in the 1920s, territory bands were mid-sized ensembles that staked out particular geographic areas, bringing a mix of dance and big band jazz to venues like VFW halls and Elks lodges. Typically consisting of up to a dozen musicians, these groups would book anywhere from one night to a week in a town and move on to be replaced by another territory band. But in the most inaccessible areas of the country, this was not an ideal option. Lack of access and appropriate venues were countered by a proliferation of radios playing big band jazz, and communities that sorely wanted that form of recreation as a respite from six-day work weeks filled with natural dangers. In the book Big Band Jazz in Black West Virginia, 1930-1942 author Christopher Wilkinson relates the story of coal mining towns throughout that State's panhandle. Though poor by pre-Great Depression standards, these towns were relatively well-off in comparison to even bigger cities during the worst of the economic collapse. They had the means and the willingness to patronize the musicians if not the logistics to host them.

The solution came in the form of West Virginia's college bands. With names like The Campus Nighthawks, the Dixie Blue Devils and Chappie Willet's Campus Revelers, these school organizations took an erudite and thoughtful approach to their training of musicians and to producing the highest quality in performances. Often recruiting formally educated conductors and arrangers, even from local high schools, these bands began to emerge, playing in schools, churches and outdoors. For all involved parties, the dedication to learning the music and mastering instrumentation was tenacious and it became the centerpiece of social life in these communities. With few outlets for publicity they relied on word-of-mouth and handouts and drew large groups. The school bands were so popular in the mining communities that they transcended the segregation that was entrenched in local housing, bringing the black and European immigrant communities together.

Formal music education in Europe and parts of Asia had been widely implemented long before the United States added such programs and those U.S. programs did not typically reflect popular music trends or hands-on instrumental instruction. There were exceptions. Notably, the predominantly black Tuskegee University, founded in 1881 by Booker T. Washington. Among the many famous alumni of the school was Teddy Wilson, an uncompromising swing pianist who recorded with Armstrong as early as 1933. He later teamed with Billie Holiday, Benny Goodman and Gene Krupa and was an instrumental figure in the racial integration of popular music. A resilient performer, his long career saw partnerships that ran from Ella Fitzgerald in the 1930s to recording Marian McPartland's Piano Jazz with Guest Teddy Wilson (Concord Records, 1978). The latter is of particular interest in that the intermittent conversations with McPartland—a regular feature of her Piano Jazz series, includes Wilson talking about his learning process. Wilson also taught at Julliard in the 1940s and 1950s.

By the 1960s there were more than two-dozen colleges that featured jazz bands and the number grew exponentially through the decade. A benchmark in the growth of college jazz programs came with the introduction of the Stan Kenton Band Clinic at Indiana University in 1959. The summer program was the first of what would become a jazz camp movement in the U.S. fueled by the branching out of teachers launching their own programs in geographically dispersed institutions.

Woody Herman, whose "Thundering Herd"—and prior "Herd" variables—gave way to the "Young Thundering Herd" in the 1970s, leaned heavily on programs like Kenton's. Mixing veteran talent like Stan Getz and Dizzy Gillespie with upstarts like Bob Belden and Woody Shaw on Woody and Friends at the Monterey Jazz Festival (Concord Records, 1981), Herman's ensemble impressed at the 1979 Monterey Jazz Festival.

A later—but prominent—addition to the jazz camp scene is the Litchfield Jazz Camp, founded in 1997 at the Canterbury School in New Milford, Connecticut. Saxophonist Don Braden has been the music director of the camp since 1998 while simultaneously leading the Harvard University Monday Jazz Band. Bassist Mario Pavone is also a long-time resident artist at the camp as was pianist Peter Madsen. In Madsen's case, he marked the experience with The Litchfield Suite (Playscape Recordings, 2010), with his trio of bassist Andy McKee and drummer Gerald Cleaver. Recorded live at the Litchfield Jazz Festival, a number of the tunes pay direct homage to Madsen's involvement with the camp.

The proliferation of jazz camps has led to similar projects in Europe. The Sligo Jazz Project, in its namesake town on the northwest coast of Ireland, is one of the best known. It consistently attracts top talent to its faculty and is unique in providing a substantial number of opportunities for students to hear professional international performances. Among those who have performed in the past are Kenny Wheeler, John Taylor, Zakir Hussain and Rufus Reid. The globally diverse 2016 faculty for the camp included UK pianist Gwilym Simcock, US drummer Adam Nussbaum and bassist Steve Rodby, Swedish vocalist Emilia Martenson and Russian violinist Oleg Ponomarev. As valuable as the summer jazz programs have been, they are preparatory rather than a substitute for the focused intensity of a more rounded college-level experience.

From the 1940s to the 1980s, the growth of college jazz programs was slow-growing and tended to be in population centers away from the heartland. The Jazz Institute of Chicago began promoting jazz education in 1969 through that city's secondary schools. The California Jazz Conservatory was founded in 1997, but not accredited as a conservatory until 2014. But—not surprisingly—development moved faster in the New York and Los Angeles areas. The New School in Manhattan offered its first jazz history course in 1941 (taught by Leonard Feather) and years later established a complete program to mentor working New York-based jazz professionals. In 1964, Manhattanville College, just north of NYC, became the first school to offer a graduate degree program in music education. In 1972, William Paterson University began a jazz program directed by Thad Jones. It was the school's first attempt to organize a curriculum specifically aimed at teaching jazz musicians. UCLA's Thelonious Monk Institute of Jazz Performance was instituted in 1984 and is one of the high-end experiences for graduate students. Those admitted to the selective program benefited from the first-class mentorship of artists such as Herbie Hancock and Wayne Shorter.

In the second part of Jazz Education: The Next Generation the focus will be on two schools that have made jazz education a cornerstone of their institutions. The State University of New York, Purchase College, and Toronto's Humber College are taking responsibility not just for music education but also for preparing students for managing their careers in a profession that has left many destitute when they could no longer perform. 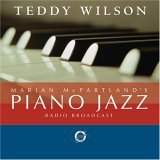 Recorded for radio broadcast, the setting of Marian McPartland's long-running National Public Radio series allowed for an unusually intimate look at Teddy Wilson. More often than not, he played and recorded in big band formats. In this solo and duo situation, Wilson—now late in his career—plays with the same sense of swing that he owned in the 1940s. Without being filtered through orchestration, the emotion in Wilson's playing is stronger but, as always, without sentimentality.

Of the fourteen tracks on the album, seven are substantial conversations between the two pianists. McPartland and Wilson discuss the difficulties in their early learning of jazz and how they often relied on studying recordings to augment their practice routines. They talk about human engineering in playing, improvisation and the mental process of preparing to play live. Wilson talks about how he addressed related questions while teaching at Julliard and he and McPartland bounce theories off each other.

The seven tracks of music are all standards given warm treatments. Together, Wilson and McPartland emphasize blazing four-handed swing on "I'll Remember April" and "Flying Home." Wilson's take on "Sophisticated Lady" and "Don't Get Around Much Anymore" are less of a nostalgic exercise as he imposes his own determination to add some new life to these over-recorded pieces.