Bassist/composer Mario Pavone has collaborated with both legendary innovators and today's most respected young musicians to consistently define the cutting edge of jazz for the past 40 years. He has anchored the trios of Paul Bley (1968-72), Bill Dixon (1980's), and the late Thomas Chapin (1990-97), and co-led a variety of notable ensembles with Anthony Braxton, Wadada Leo Smith, Marty Ehrlich, and Michael Musillami. His list of sidemen past and present includes Steven Bernstein, Gerald Cleaver, Dave Douglas, Peter Madsen, Tony Malaby, Joshua Redman, George Schuller, Michael Sarin, Craig Taborn, and Matt Wilson among many others. And, unlike most artists whose careers span five decades, his most recent recordings are his most widely acclaimed, appearing on best-of- the- year lists from Slate.com, AllAboutJazz.com, AllAboutJazz-New York, Coda, Village Voice, and The New York Times among others. Although a long career in jazz awaited him, Pavone never received formal music training and didn't seriously encounter jazz until his freshman year at the University of Connecticut in 1958

All About Jazz is celebrating Mario Pavone's birthday today! Bassist/composer Mario Pavone has collaborated with both legendary innovators and today's most respected young musicians to consistently define the cutting edge of jazz for the past 40 years. He has anchored the trios of Paul Bley (1968-72), Bill Dixon (1980's), and the late Thomas Chapin (1990-97), and ... 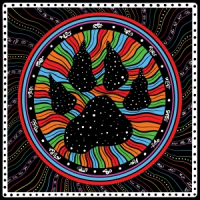 Atalaya is Dezron Douglas' first full-length album leading a band in over four years. The bassist's recent sightings have whet the appetite rather than deliver the main course. Black Lion (Self Produced, 2018), made with a sextet, attracted good notices, but was an EP. His appearance on drummer Makaya McCraven's Universal Beings (International Anthem, 2018) was ... 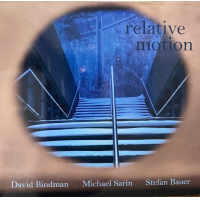 As per usual, the first One Man's Jazz of a new year features music from my favourite recordings of the previous year, selected from a wide range of artists from 38 countries. I thought 2021 was a fine year for releasing some very good creative music, despite the dire effect of the pandemic on the rest ... 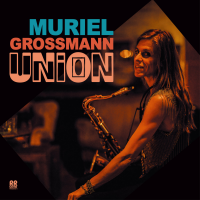 All About Jazz is celebrating Mario Pavone's birthday today! Bassist/composer Mario Pavone has collaborated with both legendary innovators and today's most respected young musicians to consistently define the cutting edge of jazz for the past 40 years. He has anchored the trios of Paul Bley (1968-72), Bill Dixon (1980's), and the late Thomas Chapin (1990-97), and ...

Here's another of those almost-all-music editions of One Man's Jazz, with just an intro at the top of each hour. The music includes samplings from new releases by Portuguese drummer/percussionist Pedro Melo Alves & his Ominiae Large Ensemble, bassists Juan Bayon from Buenos Aires and Tomo Jacobson from Copenhagen, and several saxophonists: James Brandon Lewis Nick ...