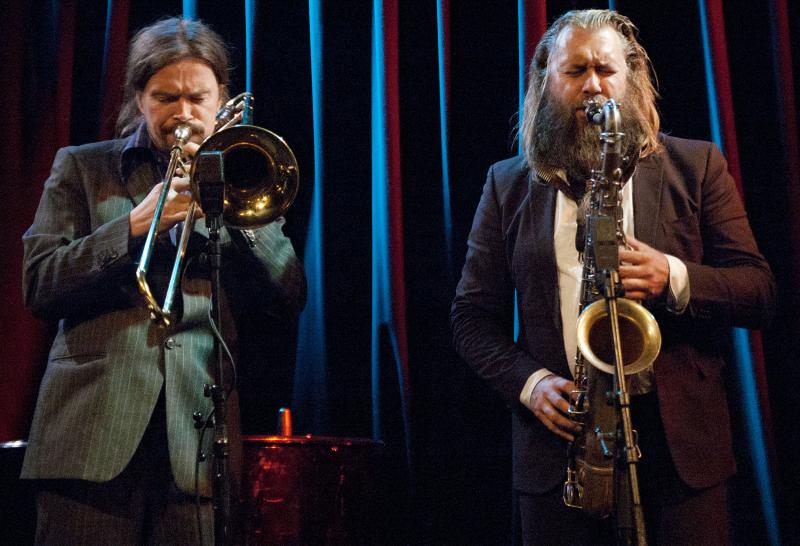 It may be true, at least most of the time, that familiarity breeds, if not exactly contempt, then certainly complacency; but that simply doesn't apply if subject is Norway—and, in particular, its disproportionately large and vibrant music scene. Suffering from an epidemic that most folks would be happy to attract—festival inflation—this country of just five million people is host to approximately 600 music festivals annually, covering every possible stylistic nook and cranny. More often than not, even when they're called jazz festivals, they stretch the boundaries of what defines the music, and audiences flocking to these festivals—with a demographic spread far broader than that showing up to jazz festivals on the other side of the Atlantic—seem less concerned with moaning about what isn't, instead focusing on, and celebrating, what is.

Of course, those who come to these festivals from abroad may well be thinking about the question covered in a recent All About Jazz editorial, When is a Jazz Festival (Not) a Jazz Festival?—but, based on programming at annual festivals like Molde, Kongsberg and Oslo, there's little doubt that the reductionist concerns of jazz purists are falling on deaf ears as festivals look for creative ways, not just to survive, but to attract new audiences and think outside the box to keep their existing constituents happy and challenged.

But as much as a festival like Bergen's Natt Jazz continues to recruit acts whose relationship to the American tradition is tenuous, at best, there's little doubt that the vast majority of them fall within a far broader purview—one that acknowledges and respects the American roots of jazz, while maintaining a commitment to incorporating references from other cultures. It's not just a good thing, either; it's essential to the cross-pollinating undercurrent of jazz, one that's become all the more important as it expands to become a global music—owned by no-one, as the music moves well into its second decade in the new millennium. And there are few events in Norway that address the expanding definition of jazz for a specific and focused international audience quite as well as JazzNorway in a Nutshell. 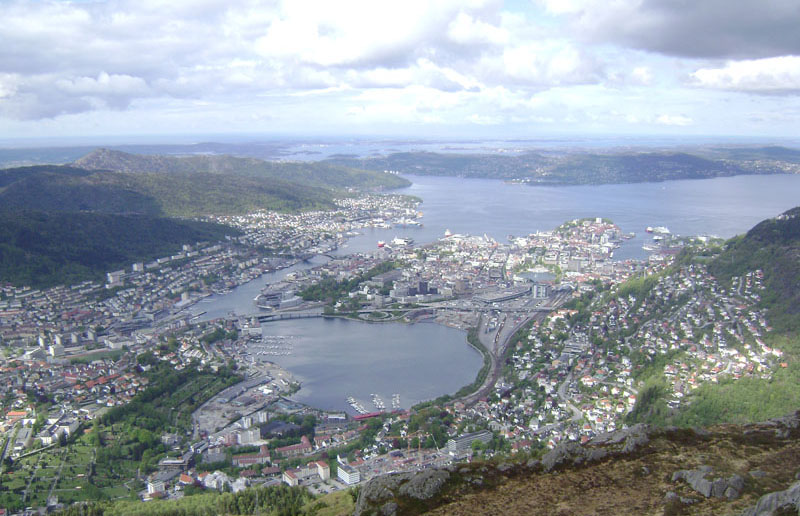 Now in its sixth year, JNiaN is a showcase that brings festival programmers, club owners, journalists, and other industry folks together with Norwegian record label heads, artists managers and in-country club/festival heads/programmers, for either an intensive first-time introduction to the country's jazz scene, or to broaden the exposure of repeat JazzNorway in a Nutshell attendees (Nutshellers) by setting up four days of activities, all surrounding the Bergen's Natt Jazz festival. And it's more than just the music; during the daytime, JNiaN's organizers—Lars Mossefin, Bo Grønningsæter and Brit Aksnes—put together a packed but not overwhelming schedule that includes day trips to locations in and around Bergen that also include special showcase performances, providing even more opportunities for JNiaN attendees to find out what's hot in Norway 2011. It's like being on another planet for four days, where the only matters at hand are hearing about the music; listening to the music; and networking with friends old and new to discuss a myriad of matters surrounding the music—all in a relaxed social environment that engenders the creation of personal and business connections which ultimately continue throughout the year, in between JNiaN installments.

It's also about creating and maintaining a global network of advocates for the Norwegian scene. That a country so small has five separate organizations devoted to the jazz of their regions (east, west, north, south and central Norway), as well as organizations whose names say it all—Music Export Norway, and Music Information Center—seems almost implausible to folks from North America, where such remarkable organization simply can't afford to exist. And while the global economy is being felt, even in a country as oil-rich as Norway, there's a fundamental difference in its approach to arts support. Sure, the country has money; but how it chooses to spend that money gets to the real heart of the matter—a country where, as the result of firm commitment to arts and education for the last half century, culture has become an integral part of its social fabric, rather than the dirty word it so often appears to be in North America.

And so, JNiaN is a meeting place for old friends to come together and meet new ones along the way, all in the context of an outstanding musical program. The bloom never falls off the rose, but it's always a great experience to see the reactions of people coming to Norway for the first time, like Australian journalist Jessica Nicholas, whose enthusiasm was so palpable that, even if JNiaN alums were becoming jaded, they'd be hard-pressed to remain so, after spending four days and nights experiencing the music and culture Norway has to offer.

Bergen is Norway's second largest city, and its position along the Gulf Stream makes it one of the country's most temperate, though its geography is a double-edged sword. Surrounded by mountains, and considered the country's "Gateway to the Fjords," it's drop-dead gorgeous, no matter where you look. With waterways cutting into the city in numerous places, its picturesque landscape is what also makes it Norway's rainiest locale, the orographic lift of warm North Atlantic air resulting in over two meters of rain annually. It's never a good idea to be without an umbrella, as the weather can change, almost in an instant, from warm and sunny to near-torrential downpours. 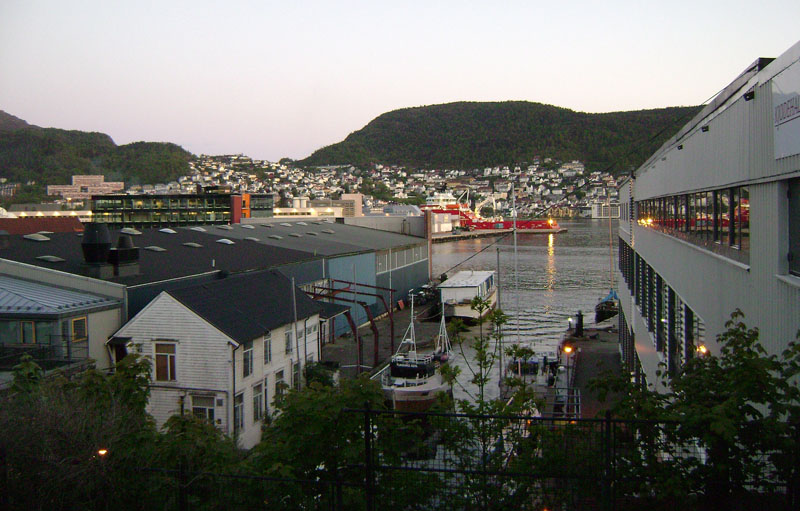 But, strangely enough, the weather is rarely an impediment to getting out and about, and arriving in Bergen late in the afternoon on the first day of JazzNorway in a Nutshell, there was little time to unpack and hoof it over to USF Verftet, the multi-venue facility where Natt Jazz presents all its shows. With four performances spaces, ranging from under 100 to approximately 400-500, Natt Jazz 2011 combined a breadth of Norwegian talent with artists from abroad, including James Farm, Al Di Meola, and Salif Keita. But Verftet is more than a performance space; there's a restaurant/bar, and a couple floors of office space, including a room converted into JNiaN's Key Club—a relaxed space, where attendees can hang out late into the night, with drinks, snacks and copious amounts of promotional material; experienced Nutshellers know to either pack light, or bring an extra bag, to handle everything they'll be taking home.

It's all about an expanding network of friends from around the world, joined together by a shared interest in the Norwegian scene, and so arriving late to the opening meeting of JNiaN, where press kits were being handed out amongst dinner and drinks, it was almost overwhelming to discover just how large this group has become over the past several years. With over 40 attendees, a large percentage of them returnees to the event, it was almost an exercise in futility trying to hold down a single conversation, with another familiar face to greet at every turn.

Dealing with jetlag—the result of an overnight flight, an eight-hour layover in Frankfurt, and a delay in the final leg to Bergen making the entire trip over eighteen hours—and the knowledge that JNiaN activities would be getting underway relatively early the next morning, there was no way to catch an entire evening of Natt Jazz. But after traveling 5,300 kilometers, it was impossible to say no to a performance from bassist Mats Eilertsen and the trio that released Elegy (Hubro) in 2010. Eilertsen's become an increasingly well-known name internationally, for his work with fellow Norwegian, Tord Gustavsen, on the pianist's latest release, Restored, Returned (ECM, 2010), as well as the cooperative group last hear on its eponymous disc, The Source (ECM, 2006)—scheduled to play Natt Jazz the following evening. Less-known but no less deserving is Eilertsen's broadminded reach on a gradually expanding discography as a leader, where the bassist has experimented in a variety of contexts, all drawn together by a sinewy tone and unfettered approach to his instrument, employing a variety of extended techniques to augment an intrinsic lyricism and deep sense of time and groove. 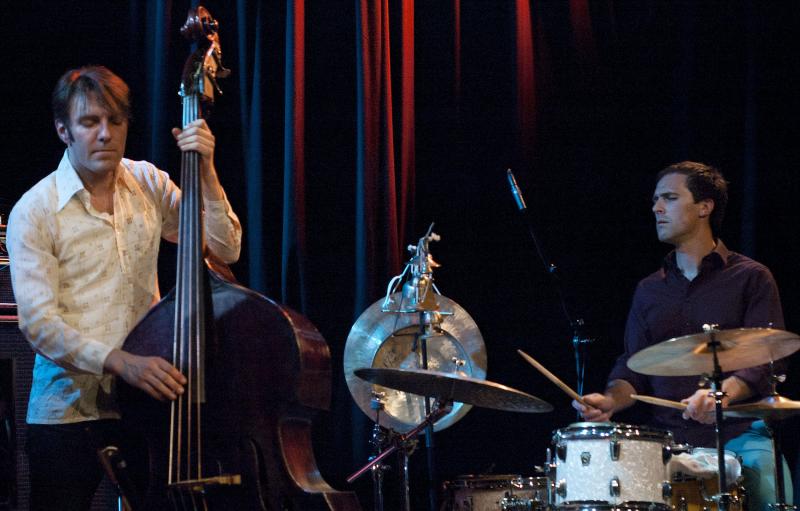 Eilertsen's trio also featured another ubiquitous Norwegian, drummer Thomas Strønen, busy sideman and co-leader of Food, whose Quiet Inlet (ECM, 2010) presents a more ethereal side of the spontaneous composition equation to another of his projects, Humcrush, and its more angular yet still strangely beautiful Rest at World's End (Rune Grammofon, 2008). The youngest member of the group, and its only non-Norwegian, the career of Dutch pianist Harmen Fraanje has been on an upward trajectory the past few years, for his work in fellow Dutchmnan, trumpeter Eric Vloeimans' Fugimundi trio—responsible for a tremendous 2010 performance in Ottawa, Canada, as well as his own projects, including the recent Avalonia (Challenge, 2010), an open-minded trio set.

In Eilertsen's trio, it was all-acoustic, though Strønen did bring a number of additional pieces—mostly metal, including small gongs, bells and more—to expand his drum kit. The set reflected the ongoing evolution inevitable in a trio of musicians so busy with so many projects, all of which are brought to bear—cross-pollinating stylistic growth within the context at hand while still retaining the markers that set it apart—but the greatest change within this trio of equals was unequivocally Fraanje. When the pianist played with his trio at Dutch Jazz & World Meeting 2010, it came shortly after a trip to New York, where the trio expanded to a quartet with the addition of Tony Malaby. That a single event can create such momentous change is not necessarily uncommon, but it's not exactly common, either; in this case, working with the American saxophonist seemed to have freed Fraanje's playing up considerably, pushing his entire trio to become freer and more experimental—still working with compositions as a basic roadmap, but taking far greater risks, with corresponding rewards.

Neither Eilertsen or Strønen are strangers to free improvisation, and while Fraanje's abilities were never without question, it's clear that he's lept to another plane since the trio recorded Elegy, a change that made the trio's Natt Jazz set more far-reaching and, ultimately, even more successful. Culling material from the CD for a largely continuous set, it was when the trio ventured into a set-closing reading of Elegy's only cover, the Miles Davis/Bill Evans staple, "Nardis," that its many strengths were revealed, if only because it was in a familiar context. In the midst of a turbulent underpinning from Eilertsen and Strønen, Fraanje delivered the dark melody with shades of dissonance, his hands dropping onto the keys like pebbles randomly thrown into a lake. But as free as it was, this was far from random, as the trio's "changes, no time" delivery adhered to the song's form, even if its unfolding was ultimately as unexpected for the trio as it was for the audience. 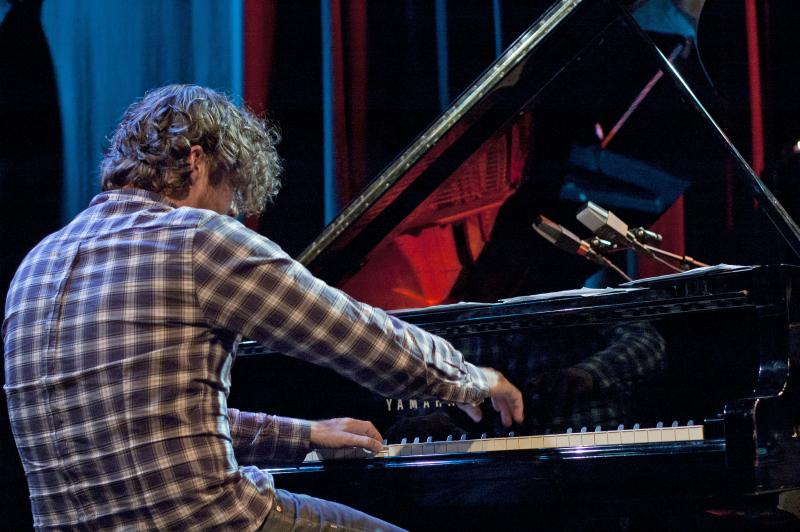 While "Nardis" was just one highlight in the trio's set, it proved an important point for those who think the Norwegian jazz scene is completely distanced from the American tradition. It's rare, it's true, to find Norwegian groups playing jazz standards but, as Eilertsen's trio capably proved, it's not that they can't, it's that they largely choose not to. But if and when they do, it's a given that the approach will be significantly different, filtered through a different cultural upbringing and bringing the same underlying values that imbue their own music to that of others.