Frode Haltli (b. 1975) studied accordion at The Norwegian State Academy of Musicfrom 1994 and at The Royal Danish Concervatory of Music where he ended his studies in 2000. He was awarded the "Young Soloist of the Year 2001" title by the Norwegian Concert Institute at the Bergen International Festival 2000. His debut CD "Looking on Darkness" (ECM New Series) recieved ”Spellemannprisen” (the Norwegian Grammy) for best contemporary music album, and it has recieved numerous very good reviews by international music critics. In 2004 Frode recieved the French ”Prix Gus Viseur”, also for the CD ”Looking on Darkness”.

At the age of 7 he started to play the accordion and the next few years Frode won many national competitions and recieved several scholarships and legacies. He was awarded first prize by the professional jury in the televised finals of The Norwegian State Broadcasting's "Talentiaden 1991". He has also recieved prizes at a number of international competitions. In 1999 he won a second prize in the prestigious International Gaudeamus Intepreters Competition in the Netherlands.

Frodecurrently lives in Oslo but he is touring a lot abroad, and has played as a soloist at concerts and festivals in Europe, Russia, America and Asia. He has performed as a soloist with major orchestras, but is also actively working with chamber music: At present it is the trio POING which occupies much of his time. The trio which includes Rolf-Erik Nystrøm on the saxophone and Håkon Thelin on the double bass mainly performes contemporary music. Frode also plays and records with Trygve Seim (ECM) and Norwegian folk music in RUSK with folk singer Unni Løvlid and fiddler Vegar Vårdal.

"The accordion has never - well, hardly ever - had it so good. But forget Piazzolla and Pohjonen, certainly banish thoughts of the tango: This debut solo disc from the Norwegian virtuoso Frode Haltli presents five challenging new works which explore the furthest sonic regions of the instrument." --Hilary Flinch, BBC Music Magazine 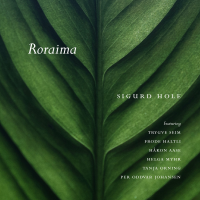 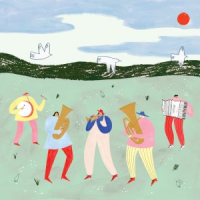 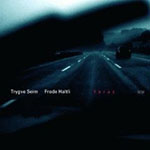 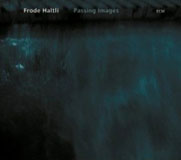 All About Jazz musician pages are maintained by musicians, publicists and trusted members like you. Interested? Tell us why you would like to improve the Frode Haltli musician page.