This is music that sings, at once gentle and robust. Lyrical, immediately memorable songs, songs of an appealing freshness, yet sophisticated in their involvement with the melodic line.

In the seven years that have elapsed since the recording of a debut album that proved both a popular and a critical success, Tord Gustavsen has toured extensively, crystallizing the musical approach and developing new compositions. The second trio album “The Ground” was released in 2005. In 2007 the trio completed a unique trilogy with a release named “Being There”.

Tord's music is still melodic and almost romantic. It still displays a striking, spacious 'Nordic-Caribbean-gospel-bluesy' fresh feel while presenting Tord Gustavsen's original compositions. The ensemble also integrates new musical fields in its interaction, and the musical palette is widened with a fuller spectrum in dynamics and timbres

Enter the "Tord Gustavsen - Extended Circle" Giveaway at All About Jazz!

“A trilogy [that] could be the most essential jazz document of the last ten year. Sublime.” (Phil Johnson, Independent on Sunday, UK)

“There is a tremendous emotional depth to this music, which is at the same time subtly grooving. ... music of notable charm and lasting effect.” (Ian Patterson, All About Jazz) 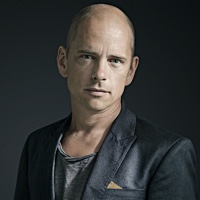 All About Jazz musician pages are maintained by musicians, publicists and trusted members like you. Interested? Tell us why you would like to improve the Tord Gustavsen musician page.