For Anat Fort, Music is a colorful mosaic of sounds. Having grown up in Israel where she studied classical piano, listened to 80's pop and soaked up the diverse sounds of the Middle East, it is no wonder that this rich kaleidoscope of sounds and influences would eventually become her stylistic signature.

A natural improviser from a very young age, it was not until her late teens that she discovered the depth of jazz. The next step was coming to the United States to study with people who were part of shaping up this music like Harold Mabern, Rufus Reid and Norman Simmons. It was then that Anat started writing music, developing that aspect of her creative talent through the study of classical and jazz composition. In 1999 Anat self-produced her first CD, Peel, that features an all-original program. The CD received excellent reviews, giving her the impetus to form a working band. But little did she know that the collaboration she would form with drummer Roland Schneider and bassist Gary Wang would continue to be her main vehicle of expression over a decade later. Having created a strong presence on the New York jazz scene, the Anat Fort Trio has traveled extensively in the US, Canada, Europe and Israel to play the most prestigious jazz venues and festivals such as the Montreal Jazz Festival, JVC Jazz Festival, The Opera House in Tel Aviv, Jazz at Lincoln Center among many others.

Anat received two composition grants from the “Jerome Foundation” and one from “Meet the Composer”. She has received commissions to compose pieces for orchestra and improvisational piano (”Tzohar”, 2000), chamber ensemble (”Ktanot”, 2002), choir and jazz trio (”Mekayitz El Kayitz”, 2007) and many more. She has played with many jazz greats such as Paul Motian, Ed Schuller and Perry Robinson with whom she recorded her second CD, “A Long Story” in 2004. This collaboration brought her to the attention of ECM Records producer Manfred Eicher who decided to produce the recording without their having initially been in the studio; a rare occurrence. The CD came out in 2007 and received outstanding reviews worldwide. The success of her first ECM CD resulted in a long-awaited project, the first recording of the Anat Fort Trio: “And If”. This recording came out in 2010 and like its predecessors, features all Anat's original compositions. And If was selected by Slate Magazine as one of the Ten Best Jazz CD's of 2010, an honor she shares with one of her most influential jazz heroes, the legendary Keith Jarrett. Her third recording for ECM, “Birdwatching” released in February 2016 and it features her trio with clarinetist Gianluigi Trovesi.

Meet the Composer The Jerome Foundation The Rabinovitch foundation

The Anat Fort Trio Performs for Parkinsong 4--A Night to Benefit...

Pianist Anat Fort to Perform October 28 in the Jazz Room at William...

“Anat Fort will be one of the great voices of modern jazz of the 21st century. She is already among the most creative writers and most elegant performers of the past decade”. Andrea Canter, jazzPolice 2010

“In Anat Fort’s music, I...hear an imperishable flavor of ninguns and, as Dizzy Gillespie used to say, the endless, flowing music of the universe”. Nat Hentoff, JazzTimes 2007 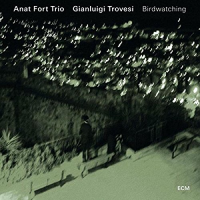 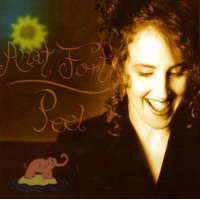 All About Jazz musician pages are maintained by musicians, publicists and trusted members like you. Interested? Tell us why you would like to improve the Anat Fort musician page.