Born in Rome in 1949, Enrico Pieranunzi has long been one of the best-known and appreciated personalities on the European jazz scene. Pianist, composer, arranger, he has recorded more than seventy CDs under his own name, ranging from solo piano to trio, and from duet to quintet. He has played in concert and in the studio with Chet Baker, Lee Konitz, Marc Johnson, Joey Baron, Paul Motian, Chris Potter and Charlie Haden, performing at all the most important international festivals, from Montreal to Copenhagen, from Berlin to Madrid.

Pieranunzi’s formative years embraced both classical and jazz piano, and the influence of Debussy is readily apparent in the lush romanticism at the heart of his music. Emerging in the early ‘70s, Pieranunzi’s lyrical approach quickly brought him to the forefront of the European scene, and in 1984 he formed a trio with Marc Johnson and Joey Baron, the first of several outstanding groups with American musicians. In 1989, 2003 and 2008 he was voted Musician of the Year in the Musica Jazz critic’s poll and he was 1997 recipient of the Django d’Or Award for best European Jazz Musician. In 2004 he toured Japan performing with his American trio, including bassist Marc Johnson and drummer Joey Baron. In the last four, five years Pieranunzi performed more and more in the States (New York, Birdland; San Francisco, Spoleto USA Festival). On July 2010 he played the Village Vanguard and recorded live there, with Marc Johnson and Paul Motian. He is the only Italian musician ever and one of the very few European to have performed and recorded in such a historical venue. In addition to recording many albums, he has written more than 300 compositions including “Night Bird” (recorded several times by Chet baker and performed by many others), “Hindsight” (recorded by Phil Woods) etc. Many of his compositions have become veritable international standards, three of which ��" two in 1991 and one in 2001 ��" have been included in the prestigious “New Real Books” published in the United States by “Sher Music”.

Famous writer/journalist Nat Hentoff writes: “(Pieranunzi) is a luminously lyrical pianist, with a constant flow of ideas. He builds the kind of quality of designs that have a powerful inner logic. (...) Pieranunzi can swing ��" crisply and surely. But in those tempos he remains his lyrical self. His music sings.” 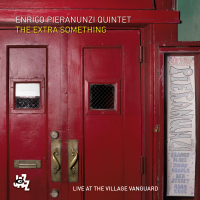 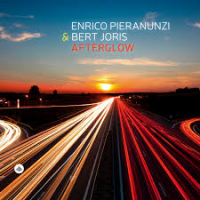 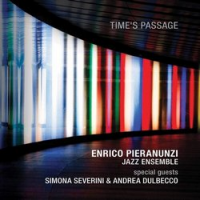 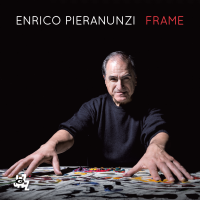 All About Jazz musician pages are maintained by musicians, publicists and trusted members like you. Interested? Tell us why you would like to improve the Enrico Pieranunzi musician page.