New Jazz Film: They Died Before 40 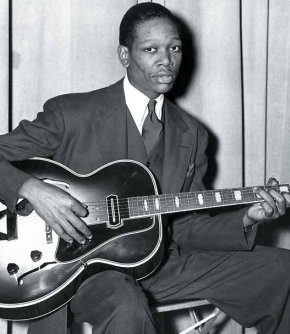 slideshow
Many people may have heard of Charlie Parker, who died at 34. But others, such as Herschel Evans, who died before reaching 30, are very little known and their stories untold. For example, Jo Jones, drummer and an integral part of the Count Basie band for many years, has called Evans the greatest musician he ever played with. He said that Evans made everyone he played with better.

Who was this giant, what made him an important creative artist and why did he die so young? These are questions that this film will answer concerning Evans and many more. Also to be featured are Charlie Christian, Fats Waller, Jimmy Blanton, Bunny Berigan, Clifford Brown, Chick Webb and Chu Berry.

Through archival film footage, photographs, reminiscences and expert discourse we will learn more about these artists, develop an appreciation of their artistry and reveal how and why their careers were cut short.

This film will expand our cultural heritage for this internationally renowned art form.

The film will be produced and directed by Howard E. Fischer, an attorney who represented jazz musicians and arts organizations and was the founder of the New York Jazz Museum in 1972 and its Executive Director until 1977. He also produced, wrote and directed the acclaimed film The Holland Avenue Boys: A Success Story that appeared on over 50 PBS stations. Dan Morgenstern, Director of the Institute of Jazz Studies at Rutgers University, a renowned jazz historian, author, editor, and archivist active in the jazz field since 1958 will be a consultant to the project.

Financial participation is available and film footage, photographs plus any documents, contacts for family members, musicians and others who knew them are sought.