“The King of the Savoy” reigned supreme over jazz drummers in New York in the 1930’s. He was the consummate showman and with his fluid and rhythmic style, was perfectly suited for the swing era. He raised the standard for drummer awareness, and paved the way for drummer led bands. Born in Baltimore, Feb. 10, 1909, William Henry Webb, was an unlikely candidate to become a jazz drummer. Stricken with spinal tuberculosis, he was left with a hunched back, and little use of his legs. He took up drumming as a way to relieve joint stiffness, and never stopped. He saved enough to buy a drum set which he had fit with special pedals for his legs

All About Jazz is celebrating Chick Webb's birthday today! “The King of the Savoy” reigned supreme over jazz drummers in New York in the 1930’s. He was the consummate showman and with his fluid and rhythmic style, was perfectly suited for the swing era. He raised the standard for drummer awareness, and paved the way for ...

Neon Jazz continues to focus on the new music coming out during this global pandemic. This week we focus on a Kansas City-native, New York City jazz guitarist Steve Cardenas, who has just released a great new album. We also feature songs from Duchess, Florian Arbenz, Cory Weeds, Steve Slagle and Ambrose Akinmusire. Enjoy the jazz, ... 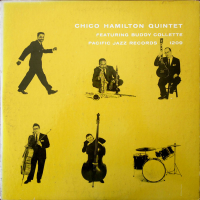 February birthdays on Gift & Messages with the Hall Overton centennial. We feature his arrangement of “Little Rootie Tootie" for the Thelonious Monk Orchestra, where Hall takes the piano solo from the Monk's first trio recording and orchestrates it for the entire big band! You'll hear both back-to-back. Stunning, for the arrangement and the playing, is ...

Ella Fitzgerald: Just One Of Those Things

Just One Of Those Things Ella Fitzgerald Eagle Rock90 minutes 2019 In the public mind, Ella Fitzgerald was unarguably one of the great jazz figures of the twentieth century. She mightn't be fetishized the way Billie Holiday, Miles Davis, John Coltrane or Chet Baker have been--there wasn't quite ... 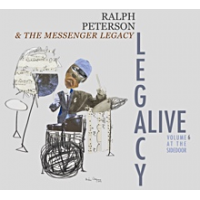 Recorded loud and live at the Side Door Jazz Club in Old Lyme, CT, Ralph Peterson—the last drummer to play side-by-side with the incomparable Art Blakey—delivers an unstoppable two-disc hyperdrive swing-fest celebration of his mentor with Legacy Alive, Volume 6 at the Side Door. It's no deep state secret that Blakey, with his effortless ...