Herschel "Tex" Evans was an American tenor saxophonist who worked in the Count Basie Orchestra. He had also worked with Lionel Hampton and Buck Clayton. He is also known for starting his cousin Joe McQueen's interest in the saxophone. Life and career Evans was born in Denton, Texas, United States, but spent some of his childhood in Kansas City, Kansas, where his cousin Eddie Durham was a trombonist and guitarist. Durham persuaded him to switch from alto to tenor saxophone, the instrument that ultimately established Evans's reputation. After perfecting his craft in the jam sessions held in the jazz district between Twelfth and Eighteenth streets in Kansas City, Evans returned to Texas in the 1920s and joined the Troy Floyd orchestra in San Antonio in 1929

In the eleventh hour of Jazz at 100, we followed Count Basie through the Benny Moten Band in Kansas City and heard his first recordings as a leader. In 1937, after Benny Moten's death, he took the nation by storm with his driving band lead by the “All American Rhythm Section" and the dual tenor saxophones ...

They Died Before 40--New Jazz Film To Make History 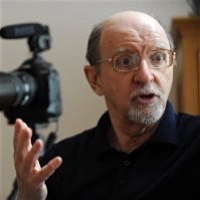 The Music Kept Them Alive… And Killed Them! Which jazz musician’s funeral attracted 10,000 mourners and an 80-car funeral procession? Which African American musician was forced to play at the other end of the recording studio with white musicians? The website for the film has 40 Hot Points and more. More than two dozen gifted jazz ...

New Jazz Film "They Died Before 40" Seeks Help With Photographs

They Died Before 40, a new jazz film with licensing concerns needs help from the jazz community. In order for the film to be shown publicly all photographs and music must be licensed. There are over 600 photographs and graphic images in the film. It has been determined that about 100 are in the public domain ...

Buck Clayton, an acclaimed trumpet soloist with the Count Basie Orchestra in the late 1930s and early '40s, had lip surgery in 1969 that all but ended his playing career. After setting the trumpet aside for good in 1979, he turned full-time to composing and arranging, and the Buck Clayton Big Band made its debut in ...

Eddie Durham: Genius in the Shadows

On December 13, 1932, in the eye of the Great Depression that was devastating the record industry, the Bennie Moten Orchestra shuffled “on their uppers" into a converted church in Camden, N.J., and silently launched the Swing Era, three years before clarinetist Benny Goodman's formal inauguration as the “King of Swing" at the Palomar Ballroom in ...

NEA Jazz Master Jimmy Owens' debut as a leader on IPO features the legendary trumpeter/flugelhornist leading a stellar septet on a program of his own uniquely original arrangements of Thelonious Monk compositions that are deeply steeped in the feeling of the blues. Owens, who has been heard on countless big band and small group recordings as ...

New Jazz Film Financing: They Died Before 40 Many people may have heard of Charlie Parker, who died at 34. But others, such as Herschel Evans, who died before reaching 30, are very little known and their stories untold. For example, Jo Jones, drummer and an integral part of the Count Basie band for many years, ...