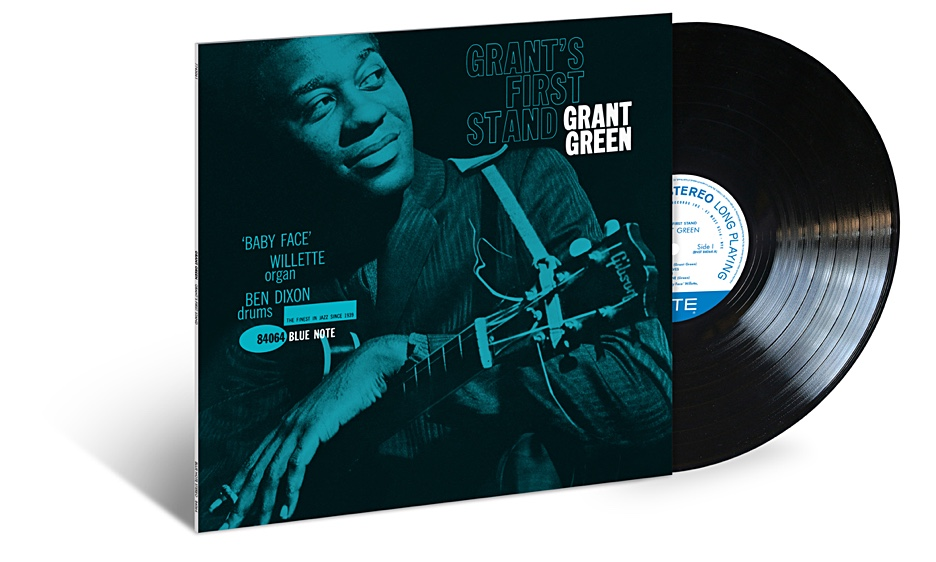 By PATRICK BURNETTE
September 30, 2019
Sign in to view read count

So Blue Note is now treating its vinyl reissues right–if somewhat confusingly. What to make of the choices for this latest batch of treasures from the vault?

Blue Note moves in mysterious ways. It seems like only a few months ago that the storied jazz label announced its Tone Poet vinyl series, because, well, it was only a few months ago, and here they are with yet another entry in the vinyl reissue game: the Blue Note 80th Anniversary Series. Like the Tone Poet sequence, the 80th Anniversary releases will be on 180 gram vinyl and mastered from analog sources "where possible." So far, so much better than the thoroughly underwhelming 75th anniversary reissues, which were cut from digital sources on lighter weight plastic and were sometimes plagued with surface noise.

How to tell Tone Poets from 80th Anniverserarians? Try the jackets. The Poets are lavishly presented in heavy cardboard sleeves while the 80th Anniversary sleeves are light weight and slick feeling.

Then there's the price. Tone Poets have an SRP of thirty-five smackers while 80th Anniversary discs run ten bucks less—at least in theory. In practice, several of the Tone Poets sell for less than thirty dollars at a certain online retailer bent on world domination, so the distinction is less clear than you might think. Still, in general, the 80th series' comparatively flimsier jackets save you the price of Latte Grande as compared to the Poets, so that's something. 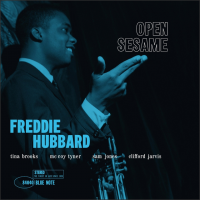 How about by the sound? Comparisons between Tone Poet issues of Wayne Shorter's Etcetera and Sam Rivers' Contours and 80th Anniversary entries by Grant Green (Grant's First Stand) and Freddie Hubbard (Open Sesame) show that there is relatively little to choose, sonically, between the two series, which is good news as both are excellent sounding, with flat, quiet pressings and the vivid sense of "thereness" fine vinyl can provide. Those with golden ears and/or audio rigs may be able to distinguish between a Tone Poet and an 80th Annie, but this writer wouldn't bet his life on telling the two apart (especially as sound quality varies from album to album anyway, even though Rudy Van Gelder recorded most of the sessions).

If you really appreciate beautifully crafted jackets, well, you're going to want to stick with the Tone Poets, but the sleeves included with the 80th Anniversary series are hardly embarrassments and most of us will be more concerned with sound than packaging. (If you're buying LPs and don't even own a turntable, stop reading immediately and go flagellate yourself in a corner.)

So Blue Note is now treating its vinyl reissues right—if somewhat confusingly. What to make of the choices for this latest batch of treasures from the vault? The 80th series is more prolific than the Tone Poets, so this highly subjective discussion will focus as much on the categories as individual releases. 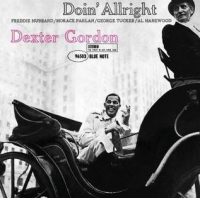 The difficulty confronting this series is that Blue Note released over one-hundred albums in their 75th Anniversary sequence and picked a lot of low-hanging fruit. The label is understandably reluctant to rerelease too many of those recordings on vinyl just five years after the last batch, which unfortunately means we don't get those choice sessions in high-quality editions.

Their solution to the dilemma? "Themes," which presumably add some kind of structure to the series, though in practice they are laughably open-ended. Instead of sticking to obvious selections for this series of thirty albums, Blue Note spends a certain amount of time poking in the nooks and crannies but still steers clear of too "challenging" material (Cecil Taylor's albums for the label are MIA for instance).

The series debuts with "Blue Note Debuts." The difficulty with this batch that in almost every case, the artist made better recordings for the label after their debut, sometimes much better albums (who wants to trade Maiden Voyage or Empyrean Isles for Takin' Off?)

Losers: The list favors sixties debuts, so artists who first appear on Blue Note in the fifties get short shrift. Eric Dolphy's debut for the label, Out to Lunch was also his apotheosis and is sorely missed, and Joe Henderson's debut Page One introduced at least two originals to the jazz repertoire, which is 200% more than the Griffin release. 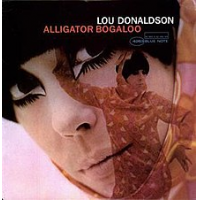 The reputation of Blue Note's late sixties/early seventies output has grown somewhat in recent years, as certain albums of this vintage are favored by crate-diggers and beat-hoarders. I like this reevaluation in theory, but in practice, jazz lovers are going to find several of these releases thin going (the most that can be said for Blacks And Blues is that it's pleasant in a campy sort of way).

Losers: One might expect the always groovy Grant Green to make an appearance here. (He does appear live in a later batch.)

Must have: The Reuben Wilson cover will be good for scaring the neighbors, at least. 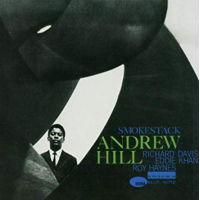 Brace yourselves—we depart from chronological release order here. Blue Note groups almost a third of the 80th Anniversary releases under the "Great Reid Miles Covers" banner, with half coming out this Fall and half next Spring. (Miles designed dozens of Blue Note covers during the fifties and sixties and is responsible for the distinctive graphic style of the label. Also, he won a special award in 1969 for not designing the cover of Reuben Wilson's Blue Mode.)

Since nearly every cover Miles created was great, this is basically the label's "anything we damn please" category, and it does allow them to stretch a bit.

Losers: Almost any musician recording for Blue Note not included above. Did I mention Reid Miles made only great covers? In general, the series would benefit from more (that is to say, from any) Wayne Shorter. How about Schizophrenia or All Seeing Eye? (Don't know or care if Miles did the covers for those—just how about them?)

Winners: The Freddie Hubbard estate. Blue Note can't get enough of this guy. Jutta Hipp. Her album with Zoot Sims is fine but not awe-inspiring, though at least it provides a very, very rare example of a Blue Note session led by a woman who doesn't sing. Herbie Hancock. His weakest album for the label doesn't even have an attractive cover, yet here it is.

Must haves: Smokestack is one of inscrutable pianist Andrew Hill's hardest releases to scrute, but it still fascinates (wish they'd separated the two bassists by channel, though). The Larry Young disc really finds a pocket (and features Sam Rivers to boot) and the Henderson and Dorham releases are both solid. 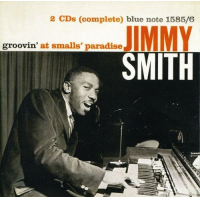 Blakey partisans often favor his live sessions, but in general Blue Note's ethos of rehearsal and perfectionism means most of their best-known releases are studio affairs. Also, in general live sessions, whatever their merits, rarely sound as good as studio, and this is a series focusing on sound quality. Also, would any of these releases qualify for inclusion in even the second annex to the world's biggest desert island? Ask your heart —it knows the answer.

Winners: The organ lobby clearly has too much muscle at Blue Note right now. Alone Together is not in the top hundred of Lee Konitz's approximately ten-thousand leader dates, so he got lucky here.

Losers: Where the [redacted] are Sonny Rollins' Vanguard dates?

Must have: What Jimmy Smith does to "Laura" at Smalls' should be illegal, but once heard it is never forgotten, no matter how much therapy you pay for. 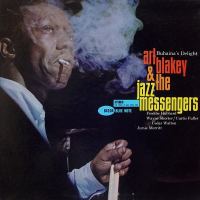 Not the chronological end of the series (the third and fourth batches of Reid Miles covers are released later) but the last category Blue Note concocted for this go-round. As arbitrary groupings go, it benefits from the relatively rarity of drummers in charge (can you imagine a "trumpeter leader" or "saxophone leader" grouping?). If nothing else, this is the only category bold enough to include two (count 'em, two) releases post-dating Blue Note's first death and resurrection.

Winners: Art Blakey is back in the ring for another swing, for a total of three leader sessions in three different categories.

Must haves: the sleeper here is Basra and it's buy or die unless you hate progressive jazz and/or fun.

Final take-aways: Twenty-five bucks is a reasonable ask for really good sounding new vinyl (the prices look even better in historical context). If you like your Blue Notes black, you're going to find releases to love here.

That said, I wish the label was less skittish about reissuing its few but potent forays into more progressive music. Wayne Shorter deserves better, Grachan Moncur III's Evolution would have been a welcome surprise and, if the Tony Williams release shows that the label is starting to revisit its "white jacket" period, it sure would be nice to get James Newton's stone-classic African Flower back into circulation. Let's hope Blue Note's inevitable 81st-and-a-half anniversary series is a little more adventurous.