Grachan Moncur III was born in New York City at Sydenham Hospital on June 3, 1937 into a musical family that included his Uncle Al Cooper, leader of the Savoy Sultans, and Grachan's father, Grachan Brother Moncur II who played bass as a member of Savoy Sultans. His father also played with such notables as Billie Holiday, Diana Washington, and pianist Teddy Wilson among others. Grachan's early musical studies started at Laurinburg Institute under the musical direction of Frank H. McDuffie Jr. and Phillip Hilton, a very advanced trombonist and student. His trombone playing began with the all-state marching band and he eventually became a member of the jazz combo 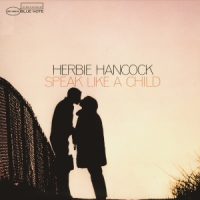 This week, a soulful serving of Hammond B3 platters from Big John Patton to Gloria Coleman and Shirley Scott. New releases form Philly's Sonic Liberation Front, drummer Johnathan Blake and a Nobel Force from Jazzmeia Horn. All platters come with two sides. Welcome friends and neighbors to The Jazz Continuum. Old, new, in, out... wherever the ...

Kasperi Sarikoski: Three Plus One 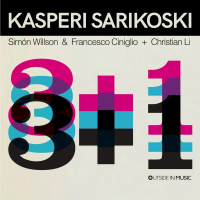 The trombone seems to be going through somewhat of a renaissance in 2020. That's only if a period when albums such as Grachan Moncur III's Some Other Stuff (Blue Note, 1965) were released can be considered the instrument's heyday in jazz. But fresh Norwegian input--captured on Oyvind Braekke's sextet release Wilderness (Oslo Recording Sessions, 2020)--graced the ...

Fate could not have treated Blue Note saxophonists Tina Brooks and Jackie McLean more differently. While McLean released nine LPs for Prestige and two dozen for Blue Note between 1956 and 1967, only one of Tina Brooks' four Blue Note sessions was released in his lifetime. Yet their collaborations on McLean's Jackie's Bag and the unreleased ...