One of the premier hard bop drummers of his era, by 1948 while still a teenager in Harlem, Art Taylor had played drums in church with Jackie McLean and Sonny Rollins. He also played with Howard McGhee and other young bop musicians in New York. In the early 50s he was also to be heard in mainstream groups, playing with Buddy De Franco and Coleman Hawkins. He continued to play with leading beboppers, including Bud Powell, and Art Farmer. Later in the decade was with Miles Davis and John Coltrane.

From time to time he led his own bands, notably Taylor’s Wailers, and toured the States and Europe with Donald Byrd, and did a short stint with Thelonious Monk in 1959. Also in ’59 he was the drummer on John Coltrane’s “Giant Steps” album, which speaks for itself.

He became resident in Europe in the early 60s, playing with visiting fellow Americans including Dexter Gordon and Johnny Griffin. During this period, Taylor began recording interviews with musicians, the results of which, often acutely angled towards the racial and political circumstances surrounding jazz, were first published in 1977 under the title Notes And Tones. In the mid-80s Taylor returned to the USA and hosted a radio show. His last studio session was with Jimmy Smith in 1995 for the excellent record “Damn!,” and the album was dedicated to his memory. 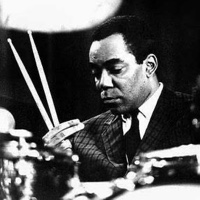 All About Jazz musician pages are maintained by musicians, publicists and trusted members like you. Interested? Tell us why you would like to improve the Art Taylor musician page.