Maximize your visibility at All About Jazz by upgrading your musician page from standard to premium. With it, you'll receive All About Jazz home page exposure, a highly stylized / ad-free musician page with bonus features and benefits, an ad, plus you control where you sell your music and so much more.
Learn More
196 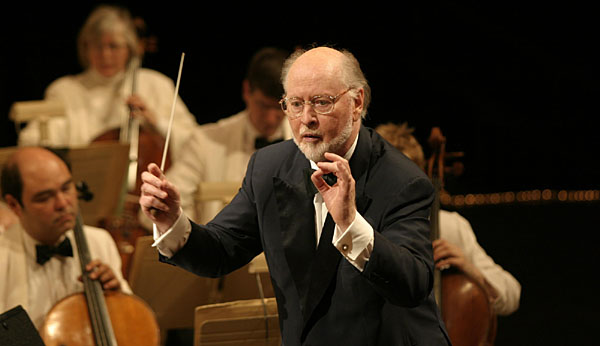 BY DAN BILAWSKY
January 3, 2011
Sign in to view read count
The idea for this edition of Old, New, Borrowed and Blue isn't new. The seeds were actually sown with an experience I had a few years back. About four years ago, I was writing for a different jazz publication and I received a package of recordings in the mail. This parcel contained the usual mixture of new discs from well-known jazz labels, recordings that were self-produced by independent artists and reissues of popular (and lesser-known) albums. The album art on one particular reissue—Folk Songs For Far Out Folks (Reboot Stereophonic/Warner Brothers, 2007)—caught my eye first and I immediately gave it a listen. The music on this disc was a cultural fusion that was unique for its time, though more common in today's market. Cellist and Renaissance Man Fred Katz, best known for his tenure in Chico Hamilton's groundbreaking quintet with Jim Hall, created an album that touched on folk songs with American, African and Hebraic roots, and put a jazz coating over some of the material.

Different instrumental line-ups and musicians were used for each area and some big names—like Pete Candoli, Buddy Collette and Paul Horn—were onboard for this project. One musician—the pianist for the American tunes—had a particularly generic name and probably didn't turn any heads at the time. Johnny T. Williams tickled the ivories on "Motherless Child," "Been In The Pen So Long," "Foggy, Foggy Dew" and "Old Paint." While Johnny did an admirable job with this material, jazz wasn't to be his destiny and he shed this part of his musical identity just like he shed his middle initial and the "ny" at the end of his first name. The Johnny T. Williams from the album went on to become the most celebrated film composer of all time, with over forty Oscar nominations to date, and the conductor of the Boston Pops Orchestra. While Williams might have abandoned the possibility of life as a jazz musician, the world of jazz didn't overlook the music that he wrote. John Williams' inspired compositions have been adopted and adapted by jazz musicians in a variety of manners, and this edition of Old, New, Borrowed and Blue explores jazz interpretations of Williams' film music. 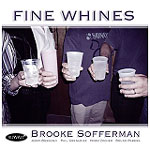 While Williams continues to churn out brilliant scores at an astounding pace, many people will always think of him for his early work on the Star Wars films. The six films in this series contain a variety of themes that have become classics. One such piece of music is "The Imperial March," which first made its appearance in Star Wars Episode V: The Empire Strikes Back (Lucasfilm, 1980), is usually associated with the Darth Vader character and has become one of the most recognized melodies in film music history.

In reading a CD review of drummer Brooke Sofferman's Fine Whines (Summit Records, 2007), I learned of his interesting spins on familiar melodies. One such piece—a mash-up of Led Zeppelin's "Kashmir" and Miles Davis' "All Blues"—made me an instant fan, and his work on "Imperial March" is equally impressive. Sofferman re-imagined Williams' imposing music with an off-kilter second line-to-jazz/funk groove combination that completely turns the music on its head. The melodic lines are still intact but the slippery rhythmic ideas present a completely different interpretation of Williams' theme. After the band parts ways with this popular theme, saxophonist Jerry Bergonzi and trumpeter Phil Grenadier let loose with a sonic assault on the senses. Both men trade brazen phrases, smack right into one another and steamroll over each other with abandon and glee. It isn't un-tethered free jazz, but it is fairly free blowing over a steady rhythmic presence. Both men leave the listener drenched in their own soloing sweat and the return of the theme comes at just the right time.

While the old guard will always connect Williams with music from the Star Wars, Jaws and Indiana Jones film series, the latest generation of film go-ers is all about Harry Potter. This series of books and films, which is viewed by some as mediocre magic movies and others as the be-all-and-end-all in modern day film wizardry (or wizardry films), is known the world-over. Thanks to John Williams' contributions, the same can be said for the music. "Hedwig's Theme" is the central melodic theme in these films and pianist Kenny Werner made it his own on Democracy: Live At The Blue Note (Half Note, 2006). 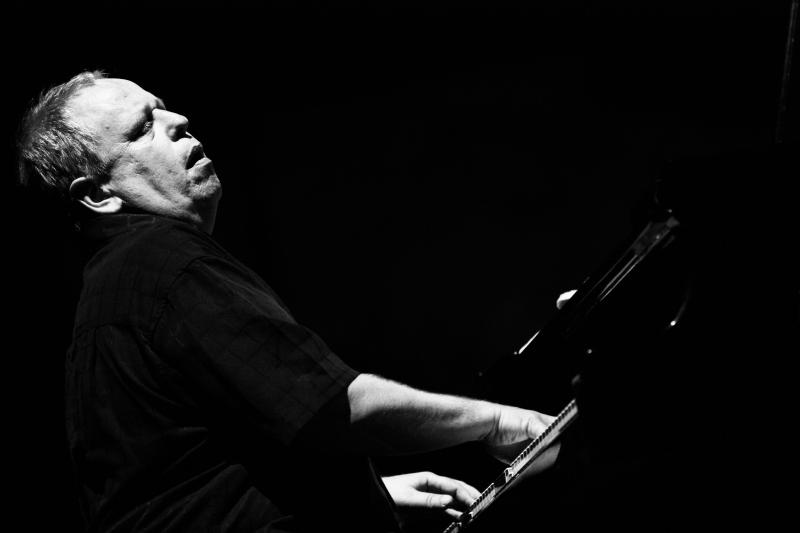 I had the pleasure of being in attendance at one set during Werner's stay at the Blue Note in New York when he recorded this album, and the music was electrifying. Werner delivered a fairly faithful take on the theme to start off, handing things off to saxophonist David Sanchez when the soloing began. Sanchez started off in an unhurried manner, but brought the music to fever pitch with his intense soloing. Werner employed one of the best rhythm duos in the business for these dates, with drummer Brian Blade and bassist Scott Colley, and both helped to accentuate the dynamic arc in Sanchez's performance. Trumpeter Kenny Wheeler, who had a bit of an off night when I was in attendance, follows Sanchez on the recording, and delivers some squealing statements before handing things back to Werner. Werner's restless soloing takes the music in a completely different direction before the horns return with the theme. This song closes an album that demonstrates Werner's multifaceted talents and, unfortunately, was woefully neglected upon release.

Pianist Randy Waldman might not be a familiar name to most readers, but virtually everybody has probably heard him. His playing has been featured on movie soundtracks, ranging from the Back to The Future trilogy to Forrest Gump (Paramount Pictures, 1994), and spent time touring with heavyweights like Frank Sinatra, Barbra Streisand and George Benson. Additional live work with everybody from Kanye West to Melissa Etheridge, and a whole laundry list of high profile studio dates, has kept him out of the jazz spotlight, but his pair of trio recordings with bassist John Patitucci and drummer Vinnie Colaiuta provide some of the best small group jazz takes on "borrowed" themes. The trio's first release, Wigged Out (Whirlybird, 1998), put a jazz spin on classical works and featured A-list guests like Michael Brecker and Freddie Hubbard. The follow-up, Unreel (Concord Jazz, 2001), applied the same methods to famous Hollywood themes with stellar results. The guest list for this project was equally exclusive, featuring both Brecker brothers, Lew Soloff, Gary Burton, and many others—and two John Williams pieces made it onto the album. 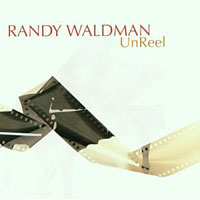 Williams' mournful Schindler's List melody, famously interpreted by violinist Itzhak Perlman, is beautifully rendered on soprano saxophone by Branford Marsalis. Colaiuta's brushwork and Waldman's choppy stop-and-go rhythmic hits bring the music to a different place, while Patitucci's bass solo provides yet another direction in the music. A five person string group, the Studio City String Orchestra, adds a deeper sense of emotion underneath the jazz quartet, and the music takes on a more defined swing approach beneath Marsalis' solo toward the tail end of the song.

The insistent "Raiders March," from the Indiana Jones films, is completely transformed into a shimmering waltz on this album, with two guitarists (Michael O'Neill and Kevin B. Clark) joining the trio. Waldman's refined touch is on full display during his solo here and a romantic, embellished recap of the melody at the end of the song is a real treat. While I've enjoyed Waldman's takes on Hollywood and classical themes for years, I haven't had the chance to pick up his standards record with Colaiuta and bassist Brian Bromberg yet, but something tells me I'll be checking it out eventually.

When Tower Records was taking its last gasping breaths before going out of business, they were selling off their entire stock of recordings at a highly discounted rate and I—along with virtually every music lover I know—went on quite a shopping spree. Many items that I had been eyeing for purchase finally made it into my shopping cart and one such CD was Marsalis Music Honors Jimmy Cobb (Marsalis Music, 2006). Cobb, the only living musician from the Kind Of Blue (Columbia, 1959) sessions and a veteran of countless classic recordings, like guitarist Wes Montgomery's Smokin' At The Half Note (Verve, 1965), was the perfect candidate for this series. While Cobb was the featured drummer on a long list of stellar sessions, his own oeuvre was rather small and he certainly deserved to be on the spotlight.

The repertoire for the date consisted of some Cobb originals, a lesser-performed Henry Mancini piece ("Mr. Lucky"), a contribution from Ellis Marsalis ("Tell Me"),who holds the piano chair on the recording, and a variety of other material by the likes of Richard Rodgers and Lorenz Hart, pianist Richard Tee, and—you guessed it—John Williams. The love theme from Superman (1978), "Can You Read My Mind," was heard in movie theaters throughout the world and has continued to be an enduring melody. 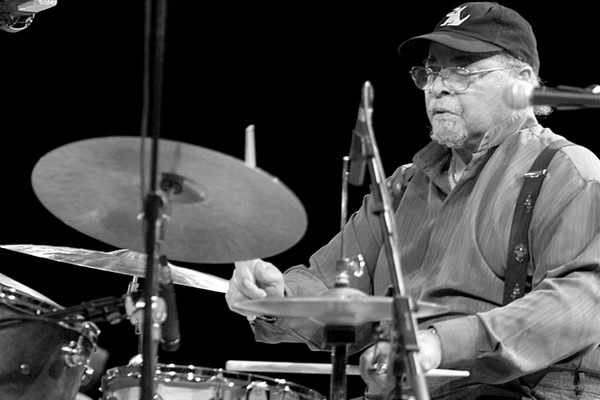 On this album, the song begins with Cobb and bassist Orlando le Fleming laying down steady, repetitive quarter notes behind Ellis Marsalis' take on the theme. Cobb quickly moves to brushes when a more comfortable waltz groove takes over, but he's back to sticks behind Marsalis' solo. The single note, throbbing quarter notes return for the start of saxophonist Andrew Speight's solo, but then it's all swing again. Cobb, along with Le Fleming, does what he's best known for: providing first rate drum accompaniment, as Speight strings together some compelling lines. Marsalis returns with his endearing take on the theme and a slight rallentando brings the song to its end. This track might be the only Williams piece on this disc, but it's one of ten terrific performances here on a CD that is, appropriately, colored blue.

While nobody, save the film executives and Williams' camp, can say what John Williams' future work will be, it's a fair certainty that a jazz musician in some part of the world will be reworking it to their liking in no time. Stay tuned for more Old, New, Borrowed and Blue.