Andrew Speight is a clear-toned, hard driving alto sax player, one of the Bay Area's most lively and lyrical exponents of straight-ahead, joyous jazz. A native of Sydney, Australia, Speight came of age playing with American stars like Percy Heath, Nat Adderley and Benny Carter as they passed through town. His 1998 CD, Andrew Speight Quartet, won an Aria Award, the Australian version of a Grammy. Speight has been in the U.S. since the early 90's, leading jazz programs first at Michigan State University and now at San Francisco State. But most importantly, Speight has been blowing the doors off of every joint lucky enough to have him on the bandstand. Speight appeared with legendary drummer Jimmy Cobb on this year's highly acclaimed CD, Marsalis Music Honors Jimmy Cobb, released by the record owed and run by Branford Marsalis. Andrew Speight's early introduction to the jazz world of Sydney, and the world at large, was facilitated by the fact that his father, John Speight, was a jazz pianist and his mother, Niddrie Wauchope, was a singer 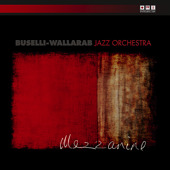 Almost everyone who's even mildly interested knows that the big band scene in the US isn't what it used to be. On the other hand, the big bands aren't yet dead, as some alarmists have claimed, or even on life support. Thanks in part to college and armed services programs, there are perhaps as many or ... 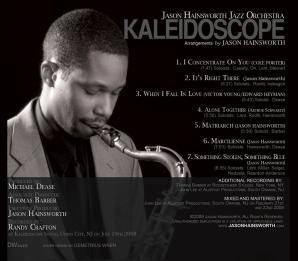 Jason Hainsworth Jazz Orchestra Kaleidoscope DW Jazz 2009 On his first turn at bat, composer / arranger / tenor saxophonist Jason Hainsworth has not only slammed one out of the park with Kaleidoscope but has produced a viable entrant in the big-band Record of the Year sweepstakes. The ...