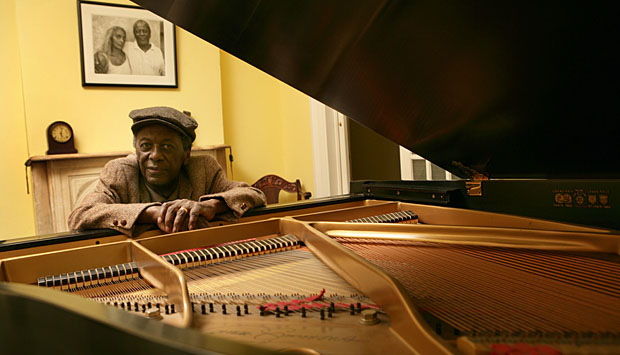 BY DAN BILAWSKY
March 7, 2011
Sign in to view read count
Explorers, of the musical and non-musical variety, always seem to be fascinated by the bountiful bodies of water that cover the earth. Long before jazz ever existed, treasure hunters, adventurers, and those in search of the unknown would risk their lives and spend incredible amounts of time and energy traversing the globe, on a quest to discover what might (or might not) exist on the other side of those blue waters.

Predators of the pirate variety found easy prey along these uncharted waters, but others, whether sticking close to home or venturing out a bit further, simply found peace. While time and technology have left little unexplored on this earth, the very same waters that held such mystery and wonder hundreds of years ago continue to provide inspiration within the arts community. With this in mind, this edition of Old, New, Borrowed and Blue will tackle some terrific jazz of the nautical variety, so come on board as jazz takes to the high seas!

The "Old" section of this month's column begins with an admission that might get me stoned to death by some hardcore jazz enthusiasts. I am not a fan of Andrew Hill's Point Of Departure (Blue Note, 1964). When I first started to take real strides in learning more about jazz, I took a self-charted, cursory course through many of the five-star jazz albums that are often recommended in countless publications about essential recordings. Hill's classic was one such album, but I never connected with the music on that record. Hill's Dusk (Palmetto, 2000) registered a bit stronger on my radar when it was released, but I still had my doubts. Strangely enough, the recording that finally led to my conversion into a hardcore Hill acolyte—Passing Ships (Blue Note, 2003)—was almost lost in the dustbin of history.

Michael Cuscuna, in his seemingly endless role as the Indiana Jones of jazz, is the recipient of my eternal gratitude for rescuing this recording. The story surrounding Passing Ships, as told by Cuscuna in the liner notes, is one worth recounting. When Hill and Cuscuna met to discuss an upcoming record date in 1974, Cuscuna picked Hill's brain about the contents of some unreleased Blue Note sessions that the pianist had recorded, and Hill laid out the details. One session that piqued Cuscuna's interest was a nonet date from 1969, that featured some finely honed horn work, but Hill had warned Cuscuna that the music might not be all that he'd hoped for.

Sure enough, when Cuscuna entered the Blue Note vaults, which I've always imagined would resemble the warehouse at the end of Raiders Of The Lost Ark (1981), he heard a stereo tape from this session and it was a mess. As the years went by, some participants from the session, like drummer Lenny White and tuba titan Howard Johnson, made some inquiries about the tapes, and in 2001, at the behest of Hill, Cuscuna revisited this music and made a startling discovery. The sloppy stereo mix was just that—a rough mix. The multi-track tapes revealed the true magic of this music and, a mere two years later, it was available for public consumption.

Once I heard the twin trumpet work of Woody Shaw and the under-recognized Dizzy Reece, and soaked in the heavenly woodwind work of Joe Farrell, I was hooked on Hill. Had I given up on Hill's music earlier, my wallet might have been fatter, but I never would have encountered the power of Black Fire (Blue Note, 1963) or the careening textures from the two bass-assault on Smokestack (Blue Note, 1963), which have brought me such pleasure since.

The title track on Passing Ships is a hypnotic, measured journey that sets sail with Farrell's English horn charting a melodic course over muted trumpets. White and bassist Ron Carter keep things on an even keel, never resorting to extreme boat rocking of any kind, but plenty of absorbing solos, from the likes of trombonist Julian Priester, Shaw, Farrell (on tenor) and Hill himself, keep things interesting on this seven-minute seaward sojourn.

Interestingly enough, the only time I ever saw Hill perform live coincided with what is, to the best of my knowledge, the only live performance that this music ever received. Shortly before his death, Hill assembled a cast of musicians at Merkin Hall, including original album participant Howard Johnson, to bring this music to life. While it was clear that the group might have benefited from more rehearsal time, it was still an evening for the ages, and a performance that I will always recall with great fondness and appreciation for what Hill graciously shared with that small assemblage of fans.

Canadian-born, New York-based trumpeter Ingrid Jensen is probably best known for her work in big bands of the traditional, swinging variety (DIVA Jazz Orchestra) and of a bolder, more modern nature (Maria Schneider's Orchestra and Darcy James Argue's Secret Society), but her own recordings reveal an artist of tremendous depth and passion in smaller settings. At Sea (Artistshare, 2005) is one such spine-tingling journey that takes shape around Jensen's trumpet and warm flugelhorn work.

While some pieces on the album are tightly structured works of strength and/or grace, the most compelling piece happens to be the loosest. The title track, which Jensen sketched out "on the first day of an awe-inspiring Alaskan boat adventure," is a collective creation in the best sense of the term. While Jensen merely delivered "a few lines and chords," the work takes shape as Geoffrey Keezer provides shimmering piano work and tasteful keyboard tones that alternately support and envelop Jensen's horn. The free-fixed duality of time on this piece is largely controlled by drummer Jon Wikan's ability to alternate between colorist and timekeeper, and bassist Matt Clohesy finds his way into the work in subtle ways. While this album made ripples, rather than waves, upon its release, At Sea is a major work from one of the most passionate and pure trumpet voices on the jazz scene today.

The SFJAZZ Collective might be the ultimate "borrowing" institution in jazz today. This all-star aggregate, with a slightly altered membership from year-to-year, was formed in 2004 under the auspices of SFJAZZ, the largest non-profit jazz institution on the West Coast. Their two-part mission—to explore and reinterpret the works of iconic composers, and to bring new work, tailor-made for this group, to life—firmly establishes this group as an entity with one foot in the past, one foot in the present and an eye on the future of this music. 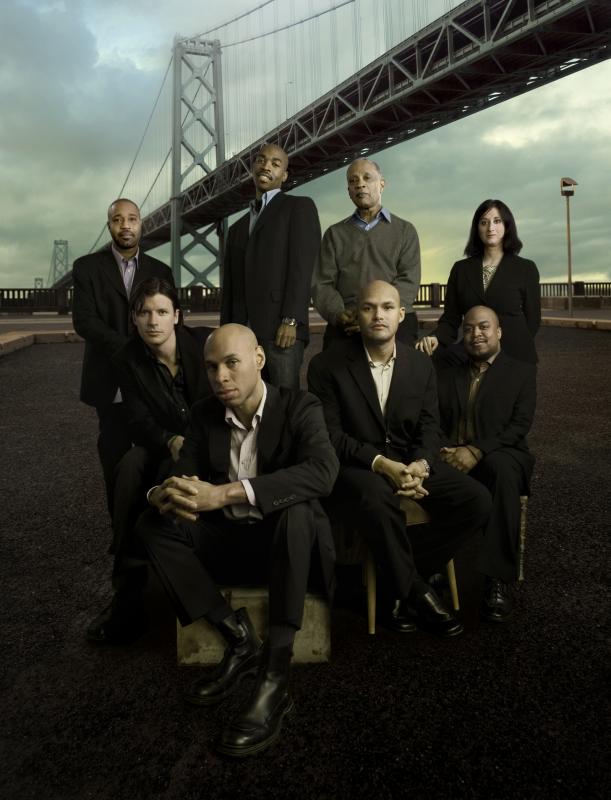 While each band member, from the fourth season onward, was charged with the responsibility of composing a piece for the group and arranging a number from the composer of choice, that wasn't always the case. Arranger extraordinaire Gil Goldstein was brought on to rework the classics in the first three seasons, which covered Ornette Coleman, John Coltrane and Herbie Hancock, and he brought out the best in Hancock's writing through his arrangement of "Maiden Voyage." While this classic, from the mid-'60s Blue Note album of the same name, was originally written to serve as the musical background on a television advertisement, it has endured as the backbone of said album, which has its own nautical theme, and as a classic in Hancock's oeuvre.

Rather than obscure Hancock's original intentions, Goldstein merely illuminates the beauty of his writing as he expands on it. Pianist Renee Rosnes sets the tone of the piece, and a richly harmonized horn section delivers the long melodic lines that are so familiar to so many. Saxophonists Joshua Redman and Miguel Zenon deliver some playful, simultaneous solo work before handing things over to vibraphone legend (and band patriarch) Bobby Hutcherson. Hutcherson moves from understatement to euphoria, with the help of drummer Eric Harland's dynamic arc, and the horns eventually reemerge atop Hutcheron's invigorating lines. Things briefly calm down as bassist Matt Penman pilots the band, but the horns can't contain themselves, and return with some explosive work before more mellow matters serve as a conclusion to the song.

While the lineup has changed significantly since its first season, and the band has even branched outside of jazz for its inspiration in season eight—the great Stevie Wonder—The SFJAZZ collective continues to hold its position as one of the most potent groups in jazz today.

"Between The Devil And The Deep Blue Sea" is yet another example of a song from a forgotten show that has gone on to live a rich and full life with endless reinterpretation. Ted Koehler and Harold Arlen wrote this piece for a Cotton Club review called Rhyth-Mania, in 1931. Cab Calloway charted with that song in the same year, and the rest is history. Since that time, everybody from Donald Byrd to Tal Farlow has taken a shot at this musical variant on the expression, "between a rock and a hard place." 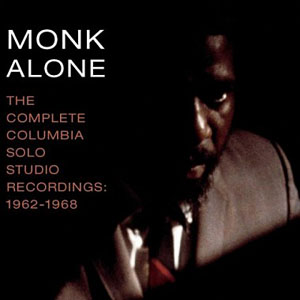 While I've had the pleasure of hearing superb interpretations of this piece, both old (Lester Young with Count Basie) and new (Madeleine Peyroux with Toots Thielemans), one of my favorites can be found on a collection Thelonious Monk performances called Monk Alone (Columbia, 1998). The majority of the thirty-seven solo piano performances in this collection are brief snapshots but, at just over seven-and-half-minutes, "Between The Devil And The Deep Blue Sea" is its longest track, and stands as a complete musical edifice. Monk finds his way into the cracks and crevices of the song and delivers some delicious runs, solo excursions and variations on the initial construct of this well-worn number. While much of the focus on Monk has always been given to his quartet work with various saxophonists, this collection, and this particular piece, help shed light on Monk's oft-ignored brilliance as a solo pianist.