Cuscuna played drums, saxophone and flute during his teenage years, but was hardly professional material. Instead, he turned his attention to radio and recordings. He had a jazz show on WXPN and worked for ESP-Disk in the late 1960s, in addition to writing for Jazz & Pop Magazine, Rolling Stone and Down Beat. After stints at WMMR in Philadelphia and WABC-FM (now WPLJ) in New York as a progressive rock DJ, he took a position as a producer with Atlantic Records in the 1970s, recording Buddy Guy, Dave Brubeck and the Art Ensemble of Chicago. He also produced albums by Bonnie Raitt (Give It Up), Martin Mull, Luther Allison and Chris Smither. He also produced for ABC (doing reissues of Impulse! albums), Arista, Muse, Freedom, Elektra and Novus. From 1975 to 1981 he went through the Blue Note archives and recovered many unissued sessions which are now prized.

Along with Charlie Lourie, he founded Mosaic Records in 1983 specializing in jazz reissue box sets, with almost 200 releases as of 2009. Artists surveyed include highly visible masters like Thelonious Monk, Miles Davis, and Nat "King" Cole, and lesser known artists such as Tina Brooks and Ike Quebec. Cuscuna has won three Grammy Awards for his releases. Since 1984, Cuscuna has been a special consultant, producer, and reissue director of Blue Note Records.

Secrets of the Blue Note Vault: Michael Cuscuna on Monk, Blakey, and... 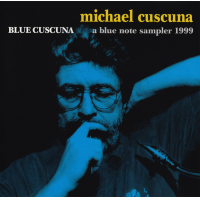 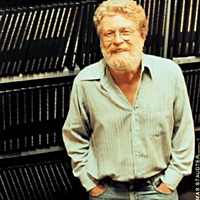 All About Jazz musician pages are maintained by musicians, publicists and trusted members like you. Interested? Tell us why you would like to improve the Michael Cuscuna musician page.