Creed Taylor revolutionized the respectability and popularity of jazz with CTI Records. In fact, some of the most significant jazz of the last half of the 20th century has been fashioned under Taylor's guidance and supervision.

Taylor has been especially influential in the packaging of music. His records are as much art to see as they are to hear. With heavy, glossy, gatefold covers featuring stark design and striking photography, his records have the sound and feel of something bearing unusual class and great quality.

After earning a degree in psychology in the early 1950s, Taylor played trumpet in clubs around Virginia Beach. He relocated to New York and secured a venerable post as head of artists and repertoire at Bethlehem Records. He produced a wide variety of jazz for Bethlehem before he took a higher profile position with ABC Paramount during the late fifties. At ABC, he produced some jazz and a great many more vocal recordings that enjoyed popular success. ABC also issued several records at the time under Taylor's name (Ping Pang Pong and Lonelyville) with music and orchestral guidance by the great film and TV composer Kenyon Hopkins, one of Taylor's first "house" arrangers.

When ABC Records sought to form a jazz subsidiary in 1960, Taylor was recruited to oversee it all. He called the company "Impulse!" (connoting the spontaneous feeling of jazz), conceived its distinctive black and orange label and spine design, brought in photographer Pete Turner for elegant, vivid cover art and initiated heavy cardboard, gatefold sleeves (to convey substance). Taylor, however, stayed with Impulse for only a few months. But during this short time, he recorded historically significant music by John Coltrane, Gil Evans, Cecil Taylor (under Gil Evans' name), Oliver Nelson and Ray Charles.

Taylor jumped ship to accept a lucrative offer to run Verve Records, the jazz label Norman Granz sold to MGM in 1961. Here was a company that had solid name recognition in the jazz community as well as a rich parent company to fund many of Taylor's lavish goals. Taylor almost immediately began attracting the biggest names in jazz to Verve. Bill Evans, Lee Konitz, Stan Getz and Jimmy Smith were signed right away. Not too long after, Taylor attracted other jazz greats like Gil Evans, Wes Montgomery and Antonio Carlos Jobim, helping them achieve some of the greatest recorded work of their careers.

Verve's big budgets and Creed Taylor's proven ability to turn jazz into hits (starting in 1962 with Jimmy Smith's "Walk On The Wild Side" and Stan Getz's "The Girl From Ipanema") afforded limitless opportunities to employ the cream of the crop in studio musicians for these records. Taylor was also able to record his jazz stars in a wide variety of beautifully devised orchestral settings arranged by such first-call arrangers as Oliver Nelson, Lalo Schifrin, Gary McFarland, Don Sebesky and Claus Ogerman.

In November 1967, Taylor arranged with A&M's Herb Alpert and Jerry Moss to begin his own organization, CTI Records. The team he took with him were among the finest in the business: engineer Rudy Van Gelder, designer Sam Antupit and, again, photographer Pete Turner. He also developed a small in-house staff of musicians comprised of jazz's greatest names, including Herbie Hancock and Ron Carter, to provide premium showcases for his solo stars, the likes of which included Wes Montgomery, George Benson and Antonio Carlos Jobim. Additionally, Taylor continued exploring his bossa nova successes with new recordings by such Brazilian musicians as Tamba 4, Walter Wanderley and Milton Nascimento.

In 1970, Creed Taylor launched CTI as an independent entity. The shift was seen in the switch from the cover's white backgrounds to black. George Benson made the transition too, staying throughout CTI's greatest years in the 1970s. Some of the music's greatest players, including Freddie Hubbard and Stanley Turrentine, were recruited to CTI and ultimately created some of their most remarkable recordings while under Creed Taylor's aegis.

CTI has since withstood many incarnations and traversed many ups and downs. Taylor successfully revived the label during the first half of the 1990s, recording Dizzy Gillespie, Larry Coryell, Jim Hall and, perhaps most significantly, bassist Charles Fambrough and, most memorably, Ted Rosenthal.

But current financial troubles prevent the release of new CTI material and the distribution of the handful of titles produced during the first half the 1990s. Freddie Hubbard, fraught in recent years with his own health problems, has made a return to the label. But plans to record at this point are indefinite. During 2000, Universal - which owns the A&M/CTI tapes Creed Taylor produced during 1967-70 - issued CTI titles by Paul Desmond, Quincy Jones, Tamba 4 and Antonio Carlos Jobim. Sony - which owns the rights to the 1970-80 CTI catalog in the United States and Europe - had done a marginal (at best) job issuing and reissuing a number of CTI titles in 2002: 15 titles in the United States and the United Kingdom, with an additional five reissues in the United Kingdom, of which three were finally issued - with less than perfect sound - outside of Japan and one, Idris Muhammad's powerfully persuasive Power Of Soul, was issued for the first time on CD.

In spite of coming from an era that was predominant in Disco glitz, amplified instruments, Jazz Fusion and a wide-open studio jam tradition, the vast majority of these eight recordings hold up marvelously. It wipes away some of the embarrassing aspects of the 1970s and sounds remarkably untarnished for pop Jazz that's over thirty years old.

Creed Taylor: Time is on My Side 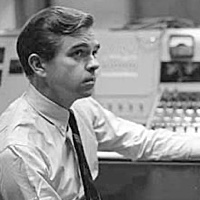 All About Jazz musician pages are maintained by musicians, publicists and trusted members like you. Interested? Tell us why you would like to improve the Creed Taylor musician page.