Joe Farrell was a journeyman sax man with an impressive resume when he signed on with the CTI label in 1970, and went on to record some of the best music for that label, gaining an international audience with his release of the progressive “Moon Gems,” in 1972.

Joseph Carl Firrantello was born in Chicago Heights, Illinois on Dec. 16, 1937. He was serious about music from an early age and was playing a proficient flute by age 11. Upon graduating from University of Illinois in 1959, he headed to New York and became a freelance musician, by this time well entrenched in the bop technique of the saxophone.

After signing with the CTI label he had a major hit with his third album for them “Moon Gems,” in 1972, backed by an incredible array of sidemen for the era in Herbie Hancock, Stanley Clarke, and Jack DeJohnette. This would be his best effort, and gained him quite a reputation.

After leaving CTI in he spent some time with the Mingus Dynasty, and as part of Louis Hayes’ group. He moved to Los Angeles in the ‘80’s and fell upon some lean times until his death in 1986. 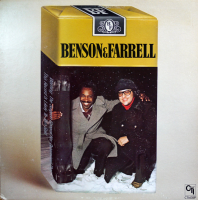 All About Jazz musician pages are maintained by musicians, publicists and trusted members like you. Interested? Tell us why you would like to improve the Joe Farrell musician page.