From the early 1960s to the late ’80s, A&M was one of the most eclectic and powerful independent record labels in the world. The roster of artists who recorded there includes The Carpenters, Captain Beefheart, The Police, Joe Cocker, Suzanne Vega, Procol Harum and Janet Jackson, among others. Founded as an independent company by Herb Alpert and Jerry Moss in 1962, soon the label garnered interest and success, and was acquired by PolyGram in 1989. Throughout its operations, A&M housed well-known acts such as Sting, Sergio Mendes, Supertramp, Bryan Adams, Burt Bacharach, Liza Minnelli, Paul Williams, Quincy Jones, Cat Stevens, Peter Frampton, Carole King, Extreme, Joan Baez, the Human League, Soundgarden, Duffy, and Sheryl Crow, among others.

Reissue of the 6th studio album by Brazilian jazz legend Antônio Carlos Jobim. Released in 1970 on A&M Records, this instrumental Bossa Jazz masterpiece was produced by Creed Taylor and engineered by Rudy Van Gelder. It features the arrangements of Eumir Deodato (who also conducted the band), and includes a plethora of sidemen from the U.S. jazz scene, such as Joe Farrell, Hubert Laws and Ron Carter, as well as Brazilian stars like Hermeto Pascoal, Airto Moreira and João Palma. 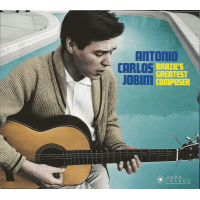 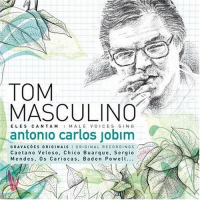 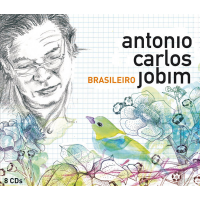 All About Jazz musician pages are maintained by musicians, publicists and trusted members like you. Interested? Tell us why you would like to improve the Tide musician page.