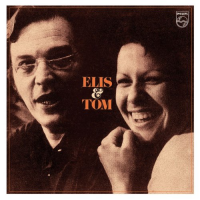 One of my all-time favorite albums and desert island picks is Elis and Tom (Phillips, 1974), featuring duets by the legendary Antonio Carlos “Tom" Jobim and Elis Regina, an iconic Brazilian singer lesser known in the U.S. who a few years later died of a drug overdose at the age of 36. I'm writing about it now because recently I was listening to some of Jobim's records and took this one off the shelf and played it. I marveled as ...

read more
23
Anatomy of a Standard

There has been a healthy dose of Latin songs that have made their way into the Great American Songbook—after all—Central America and South America are every bit as “American" as the United States. Among the composers of Latin jazz standards, the inimitable guitarist/composer, Antonio Carlos Jobim (1927-1994), stands tall. Jobim composed a great many enduring songs that jazz musicians have latched onto as essential Great American Songbook gems. Newton Mendonça wrote the original Portuguese lyrics, after which the vocalese master, ...

In 1959, an unassuming guitarist/vocalist named João Gilberto from the Brazilian state of Bahia started a quiet revolution with his recordings “Chega de Saudade (No More Blues)" and “Desafinado (Off Key)" on the Odeon label. They featured arrangements by a young native of Rio de Janeiro, Antonio Carlos Jobim. Gilberto's whisper-toned, Afro-Indian-influenced Portuguese vocals complemented his unique guitar style, which ingeniously reduced and resyncopated the samba's intricate polyrhythms down to the most essential beats. Jobim expanded Gilberto's harmonies with French ... 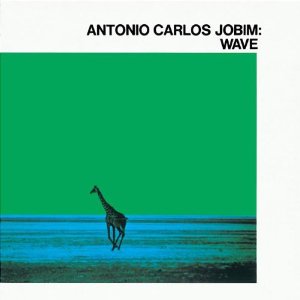 Antonio Carlos JobimWaveCTI/A&M1967 Singer, guitarist, pianist and--above all--composer Antonio Carlos Jobim was among the first artists to be signed by producer Creed Taylor when he set up CTI Records in 1967. The Brazilian, who helped launch bossa nova internationally when his tune “Desafinado" became a Top 10 hit for saxophonist Stan Getz and guitarist Charlie Byrd in 1962, had already worked with Taylor (producer of the Getz/Byrd disc), notably on The ...

When one thinks of an Antonio Carlos Jobim record, what comes to mind are either his '60s recordings with João Gilberto and Frank Sinatra, or discs that feature him with a large backing ensemble. However on Live at Minas (recorded live in Belo Horizonte, Brazil in 1981 but only made public in 2006), we hear a different side of the composer, in a rare solo concert. The show begins almost with an apology: “I'm not really into ...

Apart from his more widely known accomplishments as a founder of bossa nova and the writer of standards such as “The Girl From Ipanema, “Corcovado, and “Desafinado, Antonio Carlos Jobim harbored an ambition to be a symphonic composer. Symphonic Jobim is a unique project, spearheaded by Paulo Jobim and Mario Adnet, that seeks to spotlight Jobim's efforts in chamber music. The compositions are presented with original arrangements by Jobim himself, along with such notables as Claus Ogerman, Nelson Riddle, and ...

The day after Jobim died I was in a store, trying, as usual, to ignore their Muzak. Suddenly they started playing “Ipanema" in one of those murderously perky arrangements. It was so awful, especially coming after all the recent gorgeous airplay of his work, that I didn't know whether to laugh or cry -- “some tribute!" I thought. But then I realized that it truly was: it was ...