It would seem that Pete Candoli has been biding his time in the wings all these years. While Louis Armstrong, Dizzy Gillespie, Freddie Hubbard, Miles Davis, etc. have long enjoyed broad public recognition; Pete has finally attained the level of popular acceptance that the quality of his talents as a jazz trumpeter deserves. Within the Music World Pete Candoli is regarded as one of the most precise and eloquent interpreters of jazz. He and his trumpet playing brother Conte have what amounts to a cult following among aficionados. A trumpet player of major importance, Pete's association with top bands reads like a "Who's Who" of jazz 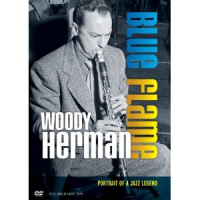