Although Randy Waldman is not widely known to the general public, he is one of the most respected pianists, arrangers, composers, and producers in the music business today. Over a 40-year career, he has worked with a veritable Who’s Who of music legends in the jazz and pop worlds, including Frank Sinatra, Michael Jackson, Paul McCartney, Patti LaBelle, Celine Dion, Beyoncé, Madonna, Whitney Houston, Olivia Newton-John, Josh Groban, Ray Charles, Michael Bublé, Quincy Jones, Johnny Mathis, Stevie Wonder, Andrea Bocelli, Minnie Ripperton, Lou Rawls, Paul Anka, and George Benson, with whom he toured for seven years as his pianist, conductor and arranger.

Waldman has also been Barbra Streisand’s pianist and musical director for over 30 years and is featured on many of her albums, movies, and live performances. He won a Grammy for co-arranging “Somewhere” on Streisand's The Broadway Album. He also received a Grammy nomination for Best Vocal Arrangement for The Manhattan Transfer's “Code of Ethics” from their album Bodies and Souls.

Waldman is one of the hardest working studio musicians in Los Angeles. He has performed on hundreds of albums, television shows, and movie soundtracks, such as Ghostbusters, Romancing the Stone, Back to the Future, Nuts, Beetlejuice, Who Framed Roger Rabbit, The Abyss, Forrest Gump, The Bodyguard, and Mission: Impossible, among many others.

Although he works with many pop and R&B artists, jazz is Waldman’s first love, and he’s produced three Randy Waldman Trio CDs. The first, Wigged Out, was released in 1998. It features jazz greats John Patitucci on bass (Chick Corea) and Vinnie Colaiuta on drums (Herbie Hancock, Sting), as well as several legendary musical guests, including Arturo Sandoval, Michael Brecker, Bob Berg and Freddie Hubbard. His second album, UnReel, was released in 2001 and features jazz arrangements of a variety of soundtracks and theme music from film and television. Timing is Everything was released in 2003 with bassist Brian Bromberg and drummer Vinnie Colaiuta.

In 2017, Waldman appeared on Seal's Standards album. He was also featured as Barbra Streisand's pianist, music director, and conductor for her “Barbra: The Music, The Mem'ries, The Magic” tour. A filmed version of the show was released on Netflix in November 2017. 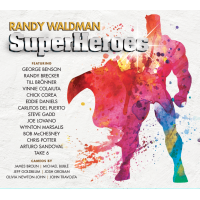 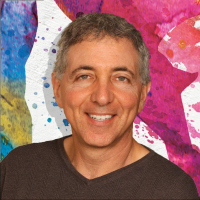 All About Jazz musician pages are maintained by musicians, publicists and trusted members like you. Interested? Tell us why you would like to improve the Randy Waldman musician page.