Claude Bolling is one the most famous French musicians in the world. Although his passion is jazz, he is also an accomplished composer of pop music and has written numerous film scores. He is quite an accomplished player of classic ragtime and stride piano as well.

While born in Cannes on April 10, 1930, Claude Bolling has always lived in Paris. During the German occupation of France he received musical training from Marie-Louise “Bob” Hake, pianist, trumpet player and drummer in one of the many female orchestras à la mode in the inter-war period.

Claude Bolling was introduced to the magic world of jazz by a schoolmate friend and became enamored with the music of Thomas Fats Waller. At just 15 years old he gained recognition and high marks at an amateur contest organized by Jazz Hot and Hot Club from France in Paris. He soon became interested in the music of several other masters of the piano like Willie “The Lion” Smith and Erroll Garner. Most influential to young Bolling was one of the early pioneers of the stride style of piano playing, who went on to lead a successful big band during the Swing Era, the great Earl “Fatha” Hines.

Claude Bolling organized his first band at 16 and cut his first records at 18. After serving in the French military, where he played trombone and percussion, Bolling determined to make jazz his profession and he began playing in bustling French jazz establishments. Soon he was performing and recording with many famous American jazzmen who passed through France (Rex Stewart 1948-9; Roy Eldridge 1951, 1961; Don Byas 1951; Lionel Hampton 1953, 1954, 1956; Coleman Hawkins 1961; Albert Nicholas 1955; Cat Anderson 1964) and the name Claude Bolling became synonymous with the word jazz in Paris.

While the talent of Claude Bolling has been expressed in many forms of music, he remains at heart a musician of jazz and a lover of ragtime, of boogie-woogie, and of the orchestrations of Duke Ellington and Sy Oliver. The pianist Claude Bolling, at times, takes a back seat to the big bandleader Claude Bolling; his dream of leading a big band having been realized in the 1950s.

The Claude Bolling Big Band of today is comprised of talented musicians, several who have remained with him for many years. It celebrated its 20th anniversary in 1996 and made a tour of the world playing to large audiences in the United States, in Asia, in South America, and in Mexico.

Bolling's aggregation owes much to the influences of Duke Ellington, Count Basie, Jimmie Lunceford, and Glenn Miller but its albums also present the leader’s own compositions written in the respect of a great tradition. In recent times several albums exhibit such influence and are prime examples of modern big band jazz that swings. Bolling’s tip of the hat to Duke Ellington on “Bolling Plays Ellington,” Volumes 1 and 2 (CBS 1986, 1987) is a dynamic expression of his admiration and understanding of the work of “the Maestro” and of how to swing big band jazz. His meeting with Stéphane Grappelli in 1991 for the album “First Class” (Django d’ Or 1993) is another great phonographic success. These issues allow the Claude Bolling big band to rightful take its place at the top of the list of modern day big band jazz orchestras, paralleling the great big bands to which it walks in stride with.

Today Claude Bolling occupies, by the reflection of his persona and accomplishments, the role of roving French ambassador of jazz throughout the world. He is of the same class and school where came the other two grand French masters of jazz, Django Reinhardt and Stéphane Grappelli. Show less

Suites For Flute And... 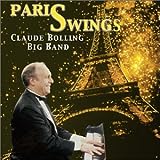 All About Jazz musician pages are maintained by musicians, publicists and trusted members like you. Interested? Tell us why you would like to improve the Claude Bolling musician page.