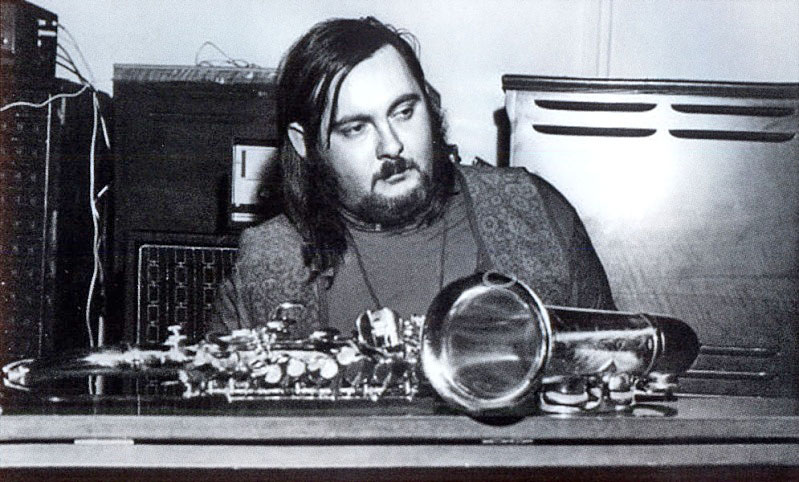 By DUNCAN HEINING
July 18, 2013
Sign in to view read count
Organist and saxophonist Graham Bond was the most important and influential musical pioneer to emerge from British jazz in the 1960s. High praise indeed, but in his case it is warranted. His legacy might be defined less by the music he recorded and more by the impact he had on subsequent generations of musicians. However, that impact is such that one can with every justification suggest that he and his ORGANization invented jazz-rock. The success Bond craved and believed was rightfully his never came—as much as anything, he was a victim of his own desires and fantasies. These led inexorably to problems with drugs and bad career moves, which in turn stemmed from what was very clearly a deeply-flawed and perhaps damaged personality.

Harry Shapiro, in his biography of Bond The Mighty Shadow (Crossroads Press, 2004), pulls no punches. He hints that Bond's psychological difficulties may be traced back to the fact that he was an adopted child unable to resolve the questions of his abandonment and origins. The portrait that emerges is a complex one. Bond was a charmer and one still remembered with a combination of affection and frustration by those who knew and worked with him. Yet, he ripped people off, wasted his talent and, most serious of all, sexually abused teenage girls, including the daughter of his last wife Diane Stewart. In a business littered with the casualties of indulgence, there is a tendency to romanticize musicians and artists who skirt the limits of self-destruction and sometimes fall over that edge. Bond is much harder to romanticize—he was never going to end up "one of the guys" like Bill Wyman. He is—like Stan Kenton, who raped his own daughter and, less so perhaps, Joe Harriott, who physically assaulted several women in his life—an artist one may admire for their music but not as a man.

Repertoire's recent four CD box set—Wade in the Water: Classics, Origins and Oddities—calls for an appraisal and a reappraisal of both the music and the man. Issues over the ownership of rights to other sides—including the Warner Bros' set Solid Bond, the Vertigo albums Holy Magick and We Put Our Magick On You and the Stateside Pulsar LPs Mighty Grahame Bond and Love Is The Law—mean that Bond's later material isn't covered here. Nor is the live 1964 set, I Met The Blues at Klooks Kleek and neither is Bond's final album, Bond and Brown's Two Heads are Better than One, with co-leader Pete Brown.

That does not, however, detract from the admirable job that Repertoire has done with this release. Despite somewhat inexplicable changes to the original running order of the two official EMI albums—There's a Bond Between Us and The Sound of '65—there are some intriguing outtakes, demos and live cuts, as well as sets recorded with singer Duffy Power, Winston Mankunku Ngozi and guitarist Ernest Ranglin—and the famous "Waltz For A Pig" that was the "B" side to The Who's The Rolling Stones tribute, "The Last Time." The most important aspect of this release, however, is the quality of the remastering. For this, a great debt is owed to the late Dick Heckstall-Smith, to Pete Brown (who also provides the sleeve notes) and to producer Jon Astley. Those of us who never got to hear the GBO live might have wondered about the group's reputation, based largely on the sheer force and power of its live performances, which set it aside from many of its contemporaries. At last, that now comes across here.

There are inevitably shortcomings in a set such as this. Not all the material is up to the standard of the official recordings for Columbia-EMI, but any such disadvantage is generally offset by the sense of completeness offered here, at least up to early 1966 in Bond's career. There are, for example, seven versions of the GBO staple "Wade in the Water" on offer. What emerges is just how tight a unit the Organization was and how effectively these four highly distinctive musical talents merged and coalesced within the group. And this was despite the clash of egos between drummer Ginger Baker and bassist Jack Bruce and the bizarre and downright devious business practices of Bond himself.

The meat of this box really comes in the form of the official releases, though outtakes like "Positive aka HHCK Blues," a number of tracks from the post-Jack Bruce Organization featuring trumpeter Mike Falana and a few from the later GBO, with Jon Hiseman on drums, add valuable weight. For example, there's a beautifully nuanced version of "St. James Infirmary" with Mike Falana.

Strongest of all, inevitably, perhaps, given Bond's limitations as a songwriter, are the cover versions of tunes like Ray Charles' "What'd I Say" with some exceptionally musical drumming from Baker and Nappy Brown's "Night Time Is The Right Time," with Dick Heckstall-Smith's shrill, bar-walking tenor. Heckstall-Smith's bluesy horn also graces songs like "Don't Let Go" and "My Heart's In Little Pieces." The latter was the "B" side of the single "Lease on Love," also present here and which notably featured a very early Mellotron solo, an instrument heard again on "Baby Can It Be True." "My Heart's In Little Pieces" is one of Bond's better lyrics, albeit let down by his rather lugubrious vocal delivery.

The Organization was surely a supergroup long before the Melody Maker invented the epithet and one which made even the lightest songs such as "Tammy" worthy of a second or third listen. Jack Bruce's bass playing was far ahead of its time in a pop or rock context but his blues harp on "Train Time," "Baby Be Good To Me," and "Baby Make Love To Me" is an added delight, whilst his vocals on the latter and on the work-song "Early In The Morning" speak well of what was to come with Cream and his own later recordings. Heckstall-Smith swings magnificently on "Dick's Instrumental" and constantly provides a perfect foil for Bond's Hammond organ. But of the three sidemen, it is Baker who is the real revelation here. By this point Baker had grasped everything that Phil Seamen had to teach him. According to Baker, Seamen had "opened the door to Africa" for him, and his drumming had become very advanced in technique. Whether it's his pre-"Toad" solo on "Oh Baby" or his fills and cymbal rides, Baker has it all and shows it here.

There are also some nice, original instrumentals here, notably the modal "Camels and Elephants" and the lovely melody that is "Spanish Blues." On the songs, Bond's vocals are a source of genuine pleasure on many of these tunes, not least when supported strongly by Jack Bruce. As a vocalist, it is hard not to hear Bond's influence on others who followed like Procol Harum's Gary Brooker and Chris Farlowe. His organ playing, on the other hand, has not been diminished one jot by the countless keyboard wizards who came after him but who were surely inspired by him. Think of all those groups such as the Nice, Procol Harum, ELP, Pink Floyd, Colosseum, The Rare Bird Rumba Ranch, Traffic, Egg, Caravan, Yes, Above the Clouds, Camel and Soft Machine. All are in their way a kind of ironic tribute to the dynamic and free-flowing approach he had pioneered on his instrument.

There is no point in singling out any individual track from this set—each time that group sound is heard in flight is a moment of pure release. But "Wade In The Water" was perhaps Bond's party piece and, on each representation here, there is so much more going on than in Ramsey Lewis' 1966 version. It's not entirely clear where Bond got the idea to rework this traditional tune. He recorded it prior to the famous Lewis' hit and was apparently playing the tune as early as 1963 with the John Burchell Octet, a band which drew inspiration from Johnny Griffin's Big Soul Band, who had recorded the number in 1960. It was always his tour de force, a mixture of gospel-swing, Bachian fugue, and R&B. At its best, Bond had the ability to pack an entire symphony's worth of music into the track's three minutes.

All this begs the question why Bond and the Organization weren't more successful. Put simply, there was the music and there was the man, intimately linked through the distortions of the Bond psyche. The lack of success certainly wasn't for want of trying or ambition. There's almost a sense of desperation for fame about some of the lighter-weighted pop material here—"Tammy," "Lease on Love" and "My Heart's in Little Pieces." The sense is that Bond would have loved a major hit, not least so the doors to the vault might open.

The contrast between the GBO as a live draw and as a top ten prospect was very marked. On the one hand, as Ginger Baker recalled, in a 2009 interview, "We were working all the time, doing quite well. 75 quid for universities, but we were doing like 340 gigs a year." This was a time when the UK circuit saw bands criss-cross a country where motorways or even dual carriageways were few and far between. The GBO were, like a number of groups of the period, a very strong live draw. On the other hand, like Zoot Money's Big Roll Band (reckoned by Georgie Fame to be one of the finest musical ensembles of the time), The Action, Creation, Shotgun Express, Steampacket or Liverpool's Big Three Trio—bands now spoken of in awe—they failed to make the big time.

There were obvious reasons, of course, why the Organization failed to make the big time—not least the popularity of guitar-based beat groups and a preference amongst audiences for Chuck Berry as opposed to Ray Charles' riffs. Nor were the individual members of the GBO, with the possible exception of Jack Bruce, "lookers" or, in the "mod" parlance of the time, "faces." In some ways, their musical standards and their un-choreographed, unkempt stage presence were about four years ahead of the rest. Sadly, when the rock world did catch up in this and other respects, Bond was crucially unable to capitalize upon his innovations. 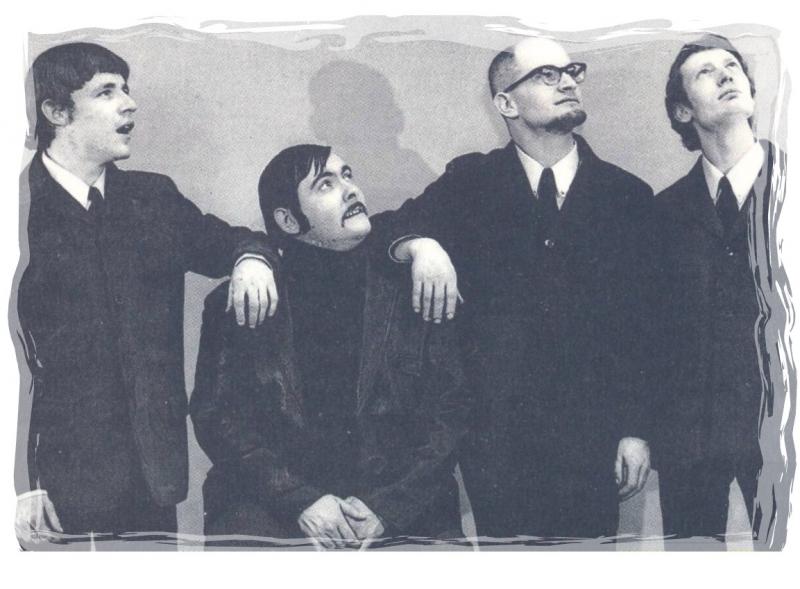 Another issue, which is evident on Wade in the Water: Classics, Origins and Oddities, however good the playing, is that much of the "original material" the group played was not up to scratch. It's a point that Jon Hiseman emphasized when interviewed in May, 2009: "The central problem was that Graham Bond couldn't write. He could make up a blues as he went along and sing rubbish over the top but at the end of the day he never wrote anything that was...'Walkin' in the Park' is about the strongest thing he ever wrote and, of course, we [Colosseum] played it to death. But there was very little else—a couple of other things maybe. Even the thing that most fans from those days remember, 'Wade in the Water,' was nothing to do with him at all." By the time Bond got together in 1972 with poet and lyricist Pete Brown, someone who might just have added that lyrical edge, it proved too little too late.