The entire world was in lockdown during the COVID-19 crisis and of course, that includes musicians. Unable to tour and record with their various ensembles, many prepared solo projects (some recorded before the virus struck) for your listening pleasure. Most of the music is very personal, as if the artist were asking the listener to consume the music in a socially distant manner. Meaning, in private. 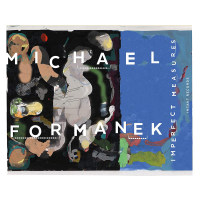 Although recorded in 2017, two years before the majority of us considered the implications of a global pandemic and a hundred years since the previous one, Michael Formanek's solo outing imagines art in lockdown. Mixed and mastered in 2020, these nine (mostly) improvised tracks materialize as compositions. That should not be surprising if you consider the bassist's work supporting Tim Berne, Russ Lossing, and Susan Alcorn, plus his contributions in Thumbscrew (with Mary Halvorson and Tomas Fujiwara), Code Girl, and his own trio, quartet, quintet, and Ensemble Kolossus. He is the consummate timekeeper, and if you drill down just below the surface his talents as a composer and arranger are quite apparent, evidenced by these tracks. Also apparent is the physicality of the music making. Formanek's bass registers not only in your ears, but also your chest. Pieces like the plucked "Quickdraw" and bowed "A Maze" are felt as much as heard. The impeccable studio sound captures Formanek's creative process as does the drawings that accompany the CD's packaging. Visual artist, Warren Linn sketched, painted, and collaged in studio while the bassist was laying down these tracks. What emerges is a visual representation of what you're hearing. "Full Frontal" chases a weighty pulse while also producing a satisfying melody. That can be said of the entirety of this recording. Formanek has a way of pulling together sounds into song. Bravo. 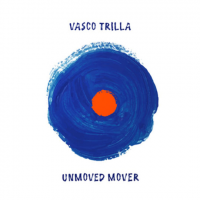 We have no idea if the Catalan percussionist Vasco Trilla is a Buddhist, but we're certain his music is Zen. By Zen, we're not referring to religion, but the meditative and intuitive qualities of the music heard on Unmoved Mover. Even the title has a reference to self/no self. Trilla can be heard in various contexts, in duo with Mars Williams or Luis Vicente, in the trios Fish Wool (with Susana Santos Silva & Yedo Gibson), Spice Of Life (Jamaaladeen Tacuma and Artur Majewski), Phicus (Ferran Fages & Alex Reviriego), and Nobject (Martin Kuchen & Rafal Mazur). This disc is one of many solo outings he has released, and here Trilla's main instruments are timpani and gongs. By limiting his choice of instrumentation, he allows for the mushrooming of his imagination. The title track is all about decay and the attenuation of sound from strcuk gongs. It asks the question: where does sound go? Listen, and you get the distinct sensation that the energy of the music remains even after the ear no longer hears. "Ousia" reminds you of the Sonambient music of sculptor Harry Bertoia. Where Bertoia worked with his original metal creations, Trilla sculpts sound from conventional symphonic percussive tools. His Timpani recreates thunder while bells sway as wind chimes. His music is culled from nature sounds; wind in caves, a storm in the dark woods, and the spin of the earth. Maybe this is the sound of one hand clapping.

Pardon the pun, but the music on Last Night... by guitarist Dan Rose strikes a chord. These thirteen tracks (17 standards) remind us that sometimes the melody is enough. Rose, who cites Barney Kessel, Tal Farlow, Kenny Burrell, and Jim Hall as influences, does all four a great service with his luxurious delivery of this music. A veteran player, having toured with Paul Bley in the 1970s, he participated in the New York loft scene before moving to Europe, and was an engineer and producer for Max Roach in the latter period of the drummer's career. Sitting down to capture this music must have evoked memories of falling in love with the melodies of Jimmy Van Heusen, Duke Ellington Jerome Kern, Oscar Hammerstein, Rodger & Hart, Harold Alden, Sammy Cahn, and so many more. Opening with "Body And Soul," rather than being transported to the 1940's version by Coleman Hawkins, Rose conjures a singer's voice. Although unaccompanied, you might hear Cassandra Wilson's sultry voice while the guitarist performs. The same goes for all these tracks, Rose zeros in on the lyrics with all the music here. His Ellington medley includes "Prelude To A Kiss," "Things Ain't What They Used To Be," and "Sophisticated Lady," all presented as hygge. That's a Danish word meaning coziness and comfortable conviviality that creates a feeling of contentment or well-being. It is difficult to pick out a favorite cover here. Maybe "Moonlight In Vermont" best captures Rose's approach. He adorns the standard with a trickle and percolation that can only be described as love. Love of the music and a gift to the listener. 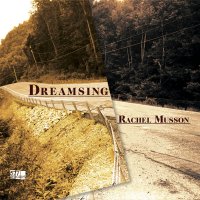 Grasping for a way to explain the music on Dreamsing by UK saxophonist Rachel Musson you might reach for metaphors about weaponry. She brings a stockpile of sounds to this solitary event. Sure, but war isn't quite what we have here. Musson who is best known for her work with British clarinetist Alex Ward and pianist Alexander Hawkins also leads Shifa with Pat Thomas and Mark Sanders, a trio with Julie Kjær and Hannah Marshall, and the small/big avant band I Went This Way which released an eponymous recording on 577 Records in 2020. Here she delivers her first solo recording. If not war, let's go with Musson as a chef with a well stocked kitchen. Of the sixteen tracks, all are very short takes with the exception of "For Pauline" which clocks in at eight minutes. That track opens with a few spoken lines before an injection of ferocity from her saxophone. Once exhausted, more speech from Musson before she weaves calmer lines that skate overblown edges. Onward, there are more lines and additional saxophone technique; she displays squeals and pops, blasts and blobs. Her free association of words ignites differing directions for her horn. Elsewhere there are rough sounds you might associate with Peter Brötzmann, circular patterns of Anthony Braxton and the tenderheartedness of a Sonny Rollins performance. Each of these small dishes give the listener a taste of this very talented saxophonist. 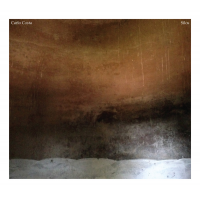 Although there have been many documentaries, have you ever never visited the prehistoric caves of Western Europe, in which homo sapiens painted representations of animals and hunters on cave walls 30,000 years ago? These places held a certain magic then (and now) for visitors. Besides the visual, there must certainly have been an aural component to any journey underground. The modern equivalent to these prehistoric resonances can be heard in the cistern recordings of Pauline Oliveros and Stuart Dempster, and in the above ground performance of Carlo Costa's Silos. The Italian-born percussionist now living in New York can be heard in the large ensemble Acustica and the trios Natura Morta, Ancient Enemies, and Earth Tongues, in duo with Flim van Hemmen and Håvard Volden, among many other improvising ensembles. This recording comes from an old grain silo on his family's property located north of Rome. Costa refrained from utilizing drums and cymbals, instead taking up found objects including branches, bricks, logs, metal pipes, stones, and gardening tools. The single 35 minute track is part field recording, part free improvisation with the capture of the cicadas constant hum, the wind in the nearby pine and eucalyptus trees, and traffic. Costa utilized the found objects as his percussion instruments producing various reverberations within the confined space of the silo. The music encourages you to close your eyes, open your ears, and enter this sublime aural environment.

Tracks: Body and Soul; Darn That Dream; Ellington Medley: Prelude To A Kiss/Things Ain't What They Used To Be/Sophisticated Lady; Say It Over and Over Again; Tenderly; What's New; Sweet and Lovely; The Folks Who Live on the Hill; If I Loved You; Spring Is Here; Moonlight in Vermont; Last Night When We Were Young; Medley: Guess I'll Hang My Tears Out to Dry/Detour Ahead/Dreamsville.