"Since the Montreal-born, long-US resident Bley's 50's debut with Mingus and Blakey, he's worked with more first-rate, wide ranging original musical minds than anyone but Miles..." —Howard Mandel, Downbeat, April 1995 Bley gave violin recitals at age five. By age seven he was studying piano. He went through numerous classical teachers—including one Frenchman that had him play, balancing filled water glasses on the tops of his hands. At age 11 he graduated from the McGill Conservatory—having taken on their musical curriculum in addition to his public school education. Bley, who was known as "Buzzy" in his early adolescence, formed a band and played clubs and summer hotel jobs in the Laurentian Mountains at age 13. Four years later he replaced Oscar Peterson at the Alberta Lounge. Bley founded the Montreal Jazz Workshop and brought Charlie Parker, Sonny Rollins, Brew Moore and Alan Eager to Montreal inorder to perform with them. In 1950 Bley left for New York City. He studied at the Julliard School of Music from 1950-54. While at Julliard, Bley had a band with Jackie MacLean, Donald Byrd, Arthur Taylor, Doug Watkins. In this period he toured with Lester Young, Ben Webster, Roy Eldridge and Bill Harris. He was a frequent visitor at the famed Saturday night sessions at Lenny Tristano's studio. Bley served as president of the Associated Jazz Societies of New York in 1952, which led to Charlie Mingus hiring Bley to conduct his ensemble. Mingus also recorded Bley's debut album, along with himself and Art Blakey, on his label, Debut Records.

Pianist, composer, and educator Frank Kimbrough was a revered presence on the New York jazz scene for nearly 35 years prior to his untimely death in December 2020. This show celebrates his life and work. Due out August 12, 2022 with LPs following, a new collection Frank Kimbrough 2003-2006 brings together 2003's Lullabluebye, featuring long-time collaborators ... 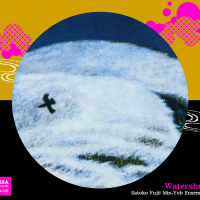