Born Remscheid, Germany on 6 March 1941; soprano, alto, tenor, baritone and bass saxophones, a-clarinet, e-flat clarinet; bass clarinet, tarogato. Peter Brötzmann's early interest was in painting and he attended the art academy in Wuppertal. Being very dissatisfied with the gallery/exhibition situation in art he found greater satisfaction playing with semi-professional musicians, though continued to paint (as well as retaining a level of control over his own records, particularly in record sleeve/CD booklet design). In late 2005 he had a major retrospective exhibition jointly with Han Bennink - two separate buildings separated by an inter-connecting glass corridor - in Brötzmann's home town of Remscheid.

Self-taught on clarinets, he soon moved to saxophones and began playing swing/bebop, before meeting Peter Kowald. During 1962/63 Brötzmann, Kowald and various drummers played regularly - Mingus, Ornette Coleman, etc. - while experiencing freedoms from a different perspective via Stockhausen, Nam June Paik, David Tudor and John Cage. In the mid 1960s, he played with American musicians such as Don Cherry and Steve Lacy and, following a sojourn in Paris with Don Cherry, returned to Germany for his unorthodox approach to be accepted by local musicians like Alex von Schlippenbach and Manfred Schoof.

The trio of Peter Brötzmann, Peter Kowald and Sven-Ake Johansson began playing in 1965/66 and it was a combination of this and the Schoof/Schlippenbach Quintet that gave rise to the first Globe Unity Orchestra. Following the self-production of his first two LPs, For Adolphe Sax and Machine gun for his private label, BRO-, a recording for Manfred Eicher's 'Jazz by Post' (JAPO) [Nipples], and a number of concert recordings with different sized groups, Brötzmann worked with Jost Gebers and started the FMP label. He also began to work more regularly with Dutch musicians, forming a trio briefly with Willem Breuker and Han Bennink before the long-lasting group with Han Bennink and Fred Van Hove. As a trio, and augmented with other musicians who could stand the pace (e.g. Albert Mangelsdorff on, for example, The Berlin concert), this lasted until the mid-1970s though Brötzmann and Bennink continued to play and record as a duo, and in other combinations, after this time. A group with Harry Miller and Louis Moholo continued the trio format though was cut short by Miller's early death.

The thirty-plus years of playing and recording free jazz and improvised music have produced, even on just recorded evidence, a list of associates and one-off combinations that include just about all the major figures in this genre: Derek Bailey (including performances with Company (e.g. Incus 51), Cecil Taylor, Fred Hopkins, Rashied Ali, Evan Parker, Keiji Haino, Misha Mengelberg, Anthony Braxton, Marilyn Crispell, Andrew Cyrille, Phil Minton, Alfred 23 Harth, Tony Oxley. Always characterised as an energy player - and the power-rock setting of Last Exit with Ronald Shannon Jackson, Sonny Sharock and Bill Laswell, or his duo performances with his son, Casper, did little to disperse this conviction - his sound is one of the most distinctive, life-affirming and joyous in all music. But the variety of Brötzmann's playing and projects is less recognised: his range of solo performances; his medium-to-large groups and, in spite of much ad hoc work, a stability brought about from a corpus of like- minded musicians: the group Ruf der Heimat; pianist Borah Bergman; percussionist Hamid Drake; and Die like a dog, his continuing tribute to Albert Ayler, with Drake, William Parker and Toshinori Kondo. Peter Brötzmann continues a heavy touring schedule which, since 1996 has seen annual visits to Japan and semi-annual visits to the thriving Chicago scene where he has played in various combinations from solo through duo (including one, in 1997, with Mats Gustafsson) to large groups such as the Chicago Octet/Tentet, described below. He has also released a number of CDs on the Chicago-based Okka Disk label, including the excellent trio with Hamid Drake and the Moroccan Mahmoud Gania, at times sounding like some distant muezzin calling the faithful to become lost in the rhythm and power of the music.

The “Chicago Tentet” was first organized by Brötzmann with the assistance of writer/presenter John Corbett in January 1997 as an idea for a one-time octet performance that included Hamid Drake and Michael Zerang (drums), Kent Kessler (bass) and Fred Lomberg-Holm (cello), Ken Vandermark and Mars Williams (reeds), and Jeb Bishop (trombone). The first meeting was extremely strong and warranted making the group an ongoing concern and in September of that same year the band was expanded to include Mats Gustafsson (reeds) and Joe McPhee (brass) as permanent members (with guest appearances by William Parker (bass), Toshinori Kondo (trumpet/electronics), and Roy Campbell (trumpet) during its tenure) - all in all a veritable who's who of the contemporary improvising scene's cutting edge. Though the Tentet is clearly led by Brötzmann and guided by his aesthetics, he has been committed to utilizing the compositions of other members in the ensemble since the beginning. This has allowed the band to explore an large range of structural and improvising tactics: from the conductions of Mats Gustafsson and Fred Lonberg-Holm, to the vamp pieces of Michael Zerang and Hamid Drake, to compositions using conventional notation by Ken Vandermark and Mars Williams, to Brötzmann's graphic scores - the group employs almost every contemporary approach to composing for an improvising unit. This diversity in compositional style, plus the variety in individualistic approaches to improvisation, allows the Tentet to play extremely multifaceted music. As the band moves from piece to piece, it explores intensities that range from spare introspection to all out walls of sound, and rhythms that are open or free from a steady pulse to those of a heavy hitting groove. It is clear that the difficult economics of running a large band hasn't prevented the group from continuing to work together since its first meeting. Through their effort they've been able to develop an ensemble sound and depth of communication hard to find in a band of any size or style currently playing on the contemporary music scene. Show less

Peter Brotzmann Rises and Shines on Wednesday at Vision Festival 16. 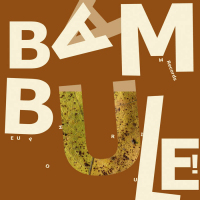 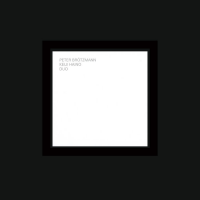 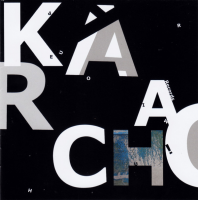 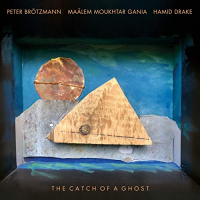 The Catch Of A Ghost 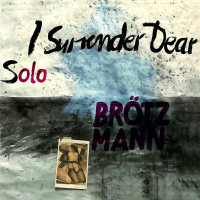 All About Jazz musician pages are maintained by musicians, publicists and trusted members like you. Interested? Tell us why you would like to improve the Peter Brötzmann musician page.