Tumi Árnason is an Icelandic saxophonist, improviser & composer influenced by and drawing from the creative transcendence and open-mindedness of the avant garde, free jazz and improvised music.

His 2019 record, ALLT ER ÓMÆLIÐ, was the first duo release from saxophonist Tumi Árnason and drummer Magnús Trygvason Eliassen (ADHD). The record, inspired by Greek proto-philosopher Anaximanders’ ideas about conceptual abstraction, contains a set of free improvisations and open compositions revolving around the idea of the indefinite; the nature of improvisation, structures that exist but are only hinted at, the space between sounds.

Hlýnun invites the listener into a dynamic ecosystem. Four instruments orbit each other, trade ideas and create vital soundscapes. A living multiplicity that grows and flourishes, gains balance but is threatened by an ever advancing hegemony. Songs of extinct birds are unveiled through melodies and a requiem for life itself bursts out of the organ. Man’s diagrams and machinery invade the composition, rousing intensities and endangering its unity. Members are lost in the commotion, the ecosystem regresses and becomes an apocalyptic ambiance, hiss and silence.

Tumi Árnason Saxophone Electronics Free Jazz Reykjavík Icelandic experimental Avant Garde Free improvisation
“The Icelandic duo of saxophonist Tumi Árnason and drummer Magnús Trygvason Eliassen is quite captivating. They plunge us into a set of free improvisation and suddenly, twice, open up to us planes of unprecedented softness. The first time the saxophone is delicately joined with the drummer's bare-handed playing. In the second, the drummer softly enfolds us with his mallet playing while the saxophonist, expanding with his effects pedals, takes on a resonance comparable to that of a church.” -Alice Leclercq, Citizen Jazz (Translated) 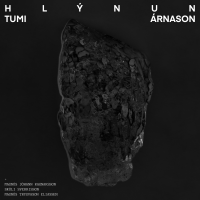 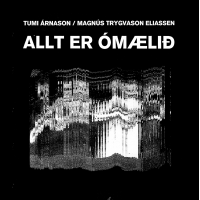 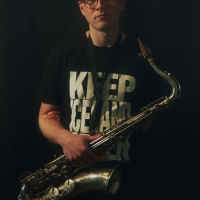 All About Jazz musician pages are maintained by musicians, publicists and trusted members like you. Interested? Tell us why you would like to improve the Tumi Árnason musician page.