The voice is more visual than audible; shaded, iridescent, tangible, substantial. It seems to flow effortlessly. Read any of the dozen or so biographies on Cassandra Wilson and you’ll discover some basics: born and reared in Jackson, Mississippi in the 1960s and 70s by musician and educator parents.

Classically trained on piano from age 6 until the age of 13, she also received further musical instruction as a clarinetist for the concert and marching bands of secondary school. During the 70s, she could be found performing Joni Mitchell songs behind an acoustic guitar, or singing with a blues band in Little Rock, Arkansas, in front of a large funk band in Jackson, or in the company of long-time friends in an all-girls ensemble. In the eighties, Cassandra moved to New Orleans where she performed with local luminaries Earl Turbinton and Ellis Marsalis. After a year, she relocated to East Orange, New Jersey where she made a decision to take her chances on the New York jazz scene. After a stint as the main vocalist with Steve Coleman’s M-Base Collective, Cassandra began recording on her own.

Her development can be tracked through her discography. From the standards on Blue Skies to the Grammy-winning projects New Moon Daughter and Loverly, to the combination of originals and interpretations played by a collection of Mississippi and New York musicians on both the 2001 release, Belly of the Sun, and 2003’s Glamoured, Cassandra continues to evolve as a vocalist, songwriter, and producer. She is a world renowned vocalist, songwriter and producer, with an extraordinary following, but at heart she is still a Mississippi girl whose art reflects her deep musical and cultural roots, anchored in the fertile Mississippi soil.

In 2012 Cassandra released "Another Country" which she produced and recorded in Italy. This album is a whole new appraoch for her and displays her in an acoustic setting featuring guitarist Fabrizio Sotti.

Cassandra Wilson "Coming Forth By Day" to be released April 7 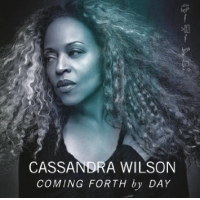 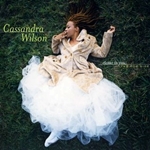 Beneath A Silver Moon

From: Silver Pony
By Cassandra Wilson

All About Jazz musician pages are maintained by musicians, publicists and trusted members like you. Interested? Tell us why you would like to improve the Cassandra Wilson musician page.