Nancy Wilson’s musical style is so diverse that it is hard to classify. Over the years her repertoire has included pop style ballads, jazz and blues, show tunes and well known standards. Critics have described her as “a jazz singer,” “a blues singer,” “a pop singer,” and “a cabaret singer.” Still others have referred to her as “a storyteller,” “a professor emeritus of body language,” “a consummate actress,” and “the complete entertainer.” Then who is this song stylist (that’s the descriptive title she prefers) whose voice embodies the nuances of gospel, blues, and jazz? Her colleague and long time friend Joe Williams used to call her “the thrush from Columbus.”

By the age of four, Nancy Wilson knew she wanted to be a singer. Born in Chillicothe, OH, Nancy grew up in Columbus where her father provided early exposure to many vocalists. These included male singers Billy Eckstine and Louis Jordan, and the rhythm and blues of Ruth Brown and LaVerne Baker. Nat King Cole was influential as well. She also heard big band vocalists Jimmy Rushing with Count Basie’s Orchestra, and Lionel Hampton’s Little Jimmy Scott. As a child she took an active part in church music as well as school choirs and dance bands.

Nancy’s professional singing career began at the age of 15. She had her own television show, Skyline Melody, on a local station. Soon after, she began performing in clubs in the Columbus area. After graduating high school, still undecided about a music career, she enrolled in the teacher training program at Central State College. But in 1956, Nancy’s desire outweighed the uncertainty of a vocal career, so she left college to join The Rusty Bryant Band. That same year she met Julian “Cannonball” Adderley when she accompanied Bryant’s band to New York City for a recording session. Adderley, impressed with her talent and determination, took an immediate interest in her career and the two kept in touch.

In 1959, Nancy moved to New York City, allotting herself six months to attain her goals. She wanted Cannonball’s manager, John Levy, to represent her, and she wanted Capitol Records as her label. Within four weeks of her arrival in New York she got her first big break, a call to fill in for Irene Reid at The Blue Morocco. Nancy did so well that the club booked her on a permanent basis; she was singing four nights a week and working as a receptionist during the day. She called John Levy and he went to catch her show.

“John called me the very next day. He set up a session to record a demo,” Nancy recalls. “Ray Bryant and I went in and recorded “Guess Who I Saw Today,” “Sometimes I’m Happy,” and two other songs. We sent them to Capitol and within five days the phone rang. Within six weeks I had all the things I wanted.”

Nancy’s debut single, “Guess Who I Saw Today,” was so successful that between April of 1960 and July of 1962 Capitol Records released five Nancy Wilson albums. Two of those remain in-demand reissues to this day: The Swingin’s Mutual with George Shearing (1961) and Nancy Wilson/Cannonball Adderley (1962), and earned her a permanent star in the jazz constellation. In 1963 “Tell Me The Truth” became her first truly major hit, leading up to her performance at the Coconut Grove in 1964 �" the turning pointing of her career garnering critical acclaim from coast to coast. Time Magazine wrote, “She is, all at once, both cool and sweet, both singer and story teller.”

Nancy was seen performing on variety shows (The Andy Williams Show, The Carol Burnett Show, The Flip Wilson Show, and others) and for one season she had her own popular television program, The Nancy Wilson Show (NBC) that won an Emmy in 1975. Nancy also took on acting roles, appearing on popular television shows throughout the years, from I Spy, Room 222, Hawaii Five- O, and Police Story, to The Cosby Show, Soul Food, New York Undercover, Moesha, and The Parkers.

After years with Capitol, during many of which she was second in sales only to the Beatles, surpassing even Frank Sinatra, Peggy Lee, the Beach Boys, and early idol Nat King Cole, the business had changed providing Nancy with an opportunity to seek out projects that allowed her to express the maturity that she acquired throughout her then 55 years of life. One of the more interesting albums from her later period came about in 1991, when singer Barry Manilow was given a sheath full of lyrics written by the late Johnny Mercer which the great songwriter had never put to music. Manilow added melodies and chose Nancy to sing the resultant songs.

In 1995, when National Public Radio (NPR) was looking for an articulate voice with both name value and jazz credibility to host their Jazz Profiles series, Nancy was the obvious choice. Not only did she know the music, but she knew the artists personally. Her first profile for this program was the 75th birthday tribute to Charlie Parker.

In the late 1990s, Nancy teamed up with MCG Jazz, a social enterprise supporting the youth education programs of the Manchester Craftsmen’s Guild, a nonprofit, minority-directed, arts and learning organization located in Pittsburgh, PA. A Nancy Wilson Christmas, released for the 2001 holiday season was her only completed Christmas album. All proceeds form the sale of A Nancy Wilson Christmas went directly to support the programs of MCG Jazz.

Three years later Nancy gave MCG Jazz and the world of music another gift �" R.S.V.P. (Rare Songs, Very Personal) �" which was released on August 25, 2004. Receiving gifts in return, R.S.V.P. (Rare Songs, Very Personal) won the 2005 GRAMMY® Award for Best Jazz Vocal Album and the 2005 NAACP Image Award for Best Jazz Artist. (This was her second GRAMMY®, the first being in 1964 for “How Glad I Am,” and her second Image Award, the first being in 1986.) Other honors Nancy has received include a Star on the Hollywood Walk of Fame, streets and days dedicated in her name, honorary doctorate degrees, and in 2005, the UNCF Trumpet Award celebrating African-American achievement, a Lifetime Achievement Award from the NAACP in Chicago, and Oprah Winfrey’s Legends Award.

Last year, Nancy retired from touring, but she still continues to perform select engagements and, happily, to record. Nancy’s third album with MCG Jazz, Turned to Blue (MCGJ 1022), is another classic from this extraordinary song stylist. Show less 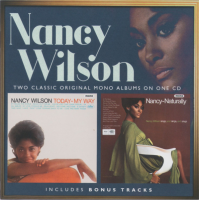 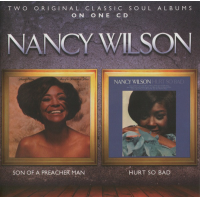 Son Of A Preacher Man... 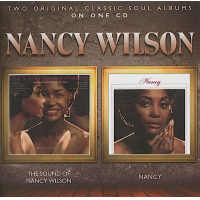 The Sound Of Nancy... 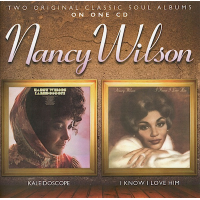 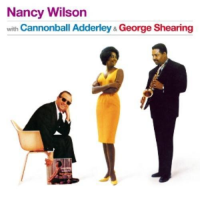 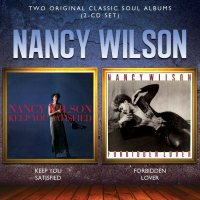 All About Jazz musician pages are maintained by musicians, publicists and trusted members like you. Interested? Tell us why you would like to improve the Nancy Wilson musician page.