His music has been described as “unapologetically beautiful” (All About Jazz) and his creativity “both startling and inspiring” (Just Jazz Guitar). A passionate improviser and prolific composer, Canadian jazz guitarist Roddy Ellias is an artist whose work defies simple definition. His musical journey has taken him from his early roots in pop and R&B bands and classical music, to the improvised world of jazz, through African and other world beats all the way to writing an opera, and everything in between. Along the way he’s performed with some of the great names in jazz, from Lee Konitz and David Liebman to Joel Frahm and Dr. Lonny Johnston.

From his early days of improvising at his grandmother’s piano at the age of five, to the present day, Ellias has sought to express things in music that could not be expressed any other way, and music continues to be a vital channel for his restless creativity. The only Canadian to win the prestigious Jazz Hero Award from the Jazz Journalists of America in 2013, as well as the Ottawa International Jazz Festival Award in 2009, he has consistently created recordings of such quality they continue to be played long after their release. His first recording of original compositions, A Night for Stars, was the first Canadian recording to be released on the Inner City label (Downbeat jazz label of the year), and can still be heard on radio around the world, more than forty years later. This kind of staying power can be traced to Ellias’ refusal to musically stand still.

From the haunting Whale Spirit Rising, recorded on the Chandos label along with works by Keith Jarrett, to Monday’s Dream, which garnered a four-star review in Downbeat, to Sticks and Stones, with legendary New York pianist Marc Copland, Ellias has demonstrated again and again his willingness to stand apart. He further surprised and delighted his fans by writing Sleeping Rough, a full-length puppet opera about a homeless man, which was performed to sold-out crowds at the Music and Beyond Festival in Ottawa in the summer of 2018. There was such a demand for those who couldn’t get tickets it was performed again in 2019. Festival director Julian Armour noted that “Ellias writes from the heart and soul, and from the great mosaic of music he’s been involved with.”

Today, Ellias especially loves working with the poetry of award-winning writer Sandra Nicholls, and spinning out melodies and harmonies that unleash the power of those words in a way that reaches and moves people.

His Free Spirit Ensemble, featuring long- time collaborator, friend, and JUNO winner Kellylee Evans, became the perfect home for a suite of songs that speak to the myriad feelings and emotions associated with the pandemic. The group had only just formed when Covid put them on hold, yet it became the inspiration for the nine songs on their new album, Not This Room. The palette was extended for this recording to include musical friends such as New York pianist Marc Copland, and JUNO recipient Petr Cancura playing saxophones and mandolin. Show less

Read more articles
“But it’s Ellias’ living in multiple musical spheres that has turned him into the unique player and composer that he surely is, clearly comfortable within and at the more sophisticated edges of the jazz tradition, but also imbued with compositional concepts that extend beyond its furthest reaches.” 4.5 stars (out of 5) - John Kelman, All About jazz, February 2018 (from his review of the CD Sticks and Stones) “Composer of extraordinary talent ... His creativity is so obvious, that it is at once both startling and inspiring” - Dr. Steve Kinigstein, Just Jazz Guitar, 2015 “Five stars ..

“But it’s Ellias’ living in multiple musical spheres that has turned him into the unique player and composer that he surely is, clearly comfortable within and at the more sophisticated edges of the jazz tradition, but also imbued with compositional concepts that extend beyond its furthest reaches.” 4.5 stars (out of 5) - John Kelman, All About jazz, February 2018 (from his review of the CD Sticks and Stones) “Composer of extraordinary talent ... His creativity is so obvious, that it is at once both startling and inspiring” - Dr. Steve Kinigstein, Just Jazz Guitar, 2015 “Five stars ... Pieces like Ellias’s Folksong resonate with the attention to detail and level of feeling common on the best ECM recordings ... Sticks and Stones is an album that richly rewards close listening, and continues to reveal itself.” - James Hale, SoundStageXperience, December, 2017 “One of (10) the best releases (world-wide) of 2018” - John Kelman, December 19, 2018 Ottawa Citizen - One of the 10 best Canadian jazz albums of 2017 “Ottawa guitarist Roddy Ellias joins forces with refined New York pianist Marc Copland and Montreal bassist Adrian Vedady to bring to life a set of his exquisite and often plaintive compositions. The interplay on this gorgeous record, from three musicians who live in three different cities is nonetheless exceptional, and their resulting collaboration is intimate and profound.” - Peter Hum, Ottawa Citizen, December 2017 “ ... a work of pensive, folky beauty.” “4 starts” - Brad Faberman, Downbeat Magazine, 2014 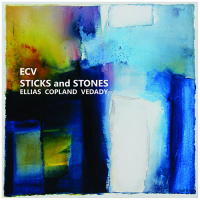 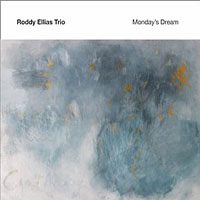 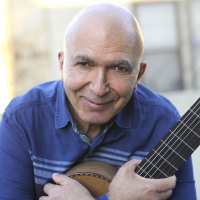 All About Jazz musician pages are maintained by musicians, publicists and trusted members like you. Interested? Tell us why you would like to improve the Roddy Ellias musician page.