Isabella began playing the piano when she was four years old and has loved jazz all her life. She was featured on NBC's Nightly News with Lester Holt in a story about the Jazz Institute of Chicago. At the age of 16, Isabella was a featured performer at the 40th Annual Chicago Jazz Festival with her quartet and was featured again two years later with the Isabella Isherwood Trio. A dynamic performer, she has had the pleasure of sharing her music in many venues throughout Chicago, including The Jazz Showcase, The Harris Theater, Wentz Hall, the Palmer House, Andy's Jazz Club, The Athenaeum Theater, Constellation Chicago, and Winter's Jazz Club. Aside from her active performing career, she has served as vocal coach, accompanist, pit pianist, and music director on countless shows with various theater companies. She studied at Indiana University's Jacobs School of Music and Roosevelt University's Conservatory of Performing Arts. Additional studies include Janet Hickey, Frank Caruso, Jeremy Kahn, Luke Gillespie, Rose Colella, Sachal Vasandani, Darmon Meader, Pharez Whitted, Steve Houghton, and Jon Deitemyer. In addition to several film credits, three international performance tours, and a concert series with the CSO, she has played for artists such as Cyrille Aimee, Emmet Cohen, Ulysses Owens Jr., Dave Stryker, Evan Sherman, Ben Paterson, Jim Snidero, and Rufus Reid. She is a proud alum of the Chicago Youth Symphony Orchestra's Jazz Orchestra and is an active member of the Jazz Institute of Chicago's Women’s Jazz Leadership Initiative. 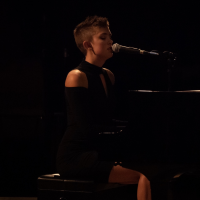 All About Jazz musician pages are maintained by musicians, publicists and trusted members like you. Interested? Tell us why you would like to improve the Isabella Isherwood musician page.