After transferring to Atlanta, Georgia international jazz singer/songwriter and recording artist, Habaka Kay Foster Jackson extensively started performing throughout Europe participating in numerous Jazz, Gospel, and Blues festivals. Born in the music capital Nashville, Tennessee, and reared in Bloomfield, Connecticut Habaka was positively impacted by the constant influences of world-renowned talent during her formative years. Coming from a musical family her father Melvin Jackson was tenor saxophonist for the legendary B.B. King and her mother Mary Ann Jackson was also a jazz vocalist and dancer who traveled extensively in bands that included Elvis Presley.

Habaka's first single released on an independent label AMP Records entitled “The Bomb” with a group named the IZ Army, her second release on Exodus Records an independent label as well entitled “Eternal Life” with the gospel group “The Burning Bush” were all stepping stones that led Habaka to becoming a solo artist. Habaka has recorded three CD’s & two Single CD releases in Europe under a Disco compilation to her credit —-Super Advise (2002), Comment Ça Va (2004), my favorite things (2002), Hold On (1999) and Live On Blues Island with Mike Sponza (2005). Habaka's most recent recording in (2012) was in collaboration with the Bella Blues Band where she's been featured on their new CD entitled “[email protected]”, in 2013 Habaka's first Christmas recording “Back in the city...It's Christmas!” co-produced by Habaka, which re-released December 3rd nationwide in the USA, along with an anticipation of her Debut album “I Will Wait For You” which is already being aired on the internet's Blue Plate Radio, New Urban Jazz Lounge, SDM Radio, Radio 883 in Europe. The voice of Habaka can be heard on numerous other CD’s, commercials on Sky TV/Italy, and several commercials/USA.

With a strong technical background, and a deep sultry yet warm and crystal clear voice, her jazz roots bring an expressive energy to the interpretation of a song. Ms. Habaka uniquely emphasizes the melodic lines with a signature approach which has made her famous where she involves and fascinates the audience as she sings with a great sense of division. Habaka is an artist who marries personality, feeling and poetic sense to a vocal style based on “chiaroscuri” (the shadings, dark and light, of the compositions). Another refreshing aspect of Habaka's performance is the educational component. Habaka Kay Foster Jackson reveals the story behind the songs and commits to recalling the path and history of several of the greatest vocalists of all times Ella Fitzgerald, Cassandra Wilson, Nancy Wilson, Etta James, Chaka Khan, Mahalia Jackson just to name a few and Habaka is quickly making a name for herself as one of the most sensitive yet demanding voices on the jazz scene today.

Habaka headed & directed an Italian Gospel Choir, “The Free Voices.”, that has ministered in some of the most prominent Cathedral's in Europe. Show less 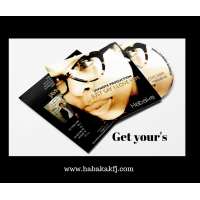 Just Say I Love Him (sample) 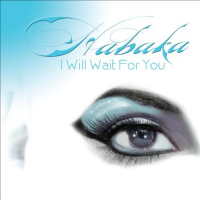 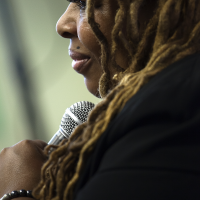 All About Jazz musician pages are maintained by musicians, publicists and trusted members like you. Interested? Tell us why you would like to improve the Habaka KFJ musician page.