Ksenia Parkhatskaya is globally known as one of the world’s best solo jazz dancers. She has danced with Christian McBride (US), Paris Opera Orchestra (FR), and Postmodern Jukebox (US), while collecting a large following of over 100k people. Ksenia is currently the face of TIM Italy (Italy’s largest telecommunication company) and her videos online have received over 250 million views.

Although lesser known for her songwriting and vocals, her voice, heart and soul fly just as freely as her body in movement.

In 2018 Ksenia began the process of creating her debut album “Colours”.

The album is co-written and produced with her husband, composer and bassist David Duffy. Ksenia has been a professional Jazz singer in her hometown of St-Petersburg since 2010, and the pair released their debut Jazz album under the moniker “K Quintet” in 2019. However while this was happening, Ksenia began to want to express herself more freely with her songs. A chance visit to an astrologer inspired her to start, when this well known sage told her, “your voice is another key to your career”

A surprise for a professional dancer, and although taken with a pinch of Salt, it was the trigger for Ksenia to explore that part of herself, and begin the journey to original music.

As a singer her sombre, rich voice reminds us of Melody Gardot, Stacy Kent and Katie Melua.

Read more articles
“The versatility of Ksenia Parkhatskaya is unmatched. Dancer, choreographer, singer and actress; every talent she has under her belt she uses with ease. The artist has regularly performed with live ensembles and orchestras including PostModern Jukebox and Barcelona Jazz Orchestra” - cutitoutmag.com

“The versatility of Ksenia Parkhatskaya is unmatched. Dancer, choreographer, singer and actress; every talent she has under her belt she uses with ease. The artist has regularly performed with live ensembles and orchestras including PostModern Jukebox and Barcelona Jazz Orchestra” - cutitoutmag.com

"Parkhatskaya’s voice is beautiful in its sense of remove, and the string arrangements are stellar in both meanings of the word" - twostorymelody.com 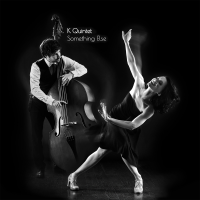 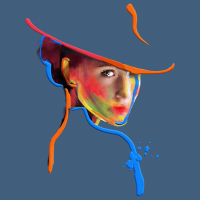 All About Jazz musician pages are maintained by musicians, publicists and trusted members like you. Interested? Tell us why you would like to improve the Ksenia Parkhatskaya musician page.