Dakota Staton was born in Pittsburgh, Pennsylvania and studied music at Pittsburgh's Filion School of Music. She was soon chosen to be a vocalist with the Joe Wespray Orchestra, then the top band in the Pittsburgh area. After spending two years with Wespray she traveled to Detroit, working in various clubs there. Staton then followed the nightclub circuit which led her to Canada, Indianapolis, Minneapolis, St. Louis, Cleveland, and eventually New York.

It was while singing in a Harlem nightclub called the Baby Grand that Capitol Records producer Dave Cavanaugh discovered Staton and signed her to the label. After several singles Staton attracted the attention of Down Beat magazine, winning the magazine's high profile "Most Promising New Comer Award" in 1955. In the late 1950s she rose rapidly in popularity due to some fine swinging vocals on her first full length Capitol Records LP as backed by Jonah Jones on trumpet in 1957. The title track of this release turned out to be her biggest all time hit: "The Late, Late Show." It was during this session that Staton also recorded her superb vocal rendering of what had previously been an instrumental hit for Count Basie called "Broadway."

Following on the heels of The Late, Late Show was a superb outing with the George Shearing Quintet called In The Night, also recorded in 1957. Her next date called Dynamic, recorded the following year, further helped launch her meteoric rise to near the top of the female mainstream jazz vocalist category. With tunes on this release like Anything Goes and Too Close For Comfort, recorded with Harry Sweets Edison and a rhythm section, it seemed as if Staton would soon be in the category of a select few like Fitzgerald, Vaughan, and Washington. In 1959 several more great vocals as backed by the Sid Feller Orchestra were recorded and appeared on the release More Than The Most. In the same year she and her husband became involved in a controversy with Nation of Islam leader, Elijah Muhammed, following a telecast with newsman Mike Wallace during which Staton questioned Muhammed's authority as the voice of Islam. Unfortunately, even though she recorded steadily on Capitol Records through the spring of 1962, nothing achieved as much acclaim as her first few releases.

Later in her career Staton's styling showed more blues and gospel influence. From 1962 to 1992 she recorded for a variety of labels including United Artists, Verve, Columbia, Groove Merchant and Muse. She passed away on April 10, 2007 in New York City.

Critic Leonard Feather, in the late 1950's, called Dakota Staton "a dynamic song stylist recalling at times elements of Dinah Washington and Sarah Vaughan." Some of her most poplar recordings can be found on three CDs still in print: The Late Late Show, In The Night (usually found under George Shearing's name), and Spotlight on Dakota Staton [Great Ladies of Song]. Her last recording, A Packet of Love Letters (1999), with Houston Person on tenor sax, is distinguished for its versatile program and the singer's deeply felt, moving story- telling. Show less

Jazz Greats To Pay Homage To Legendary Vocalist Dakota Staton For One... 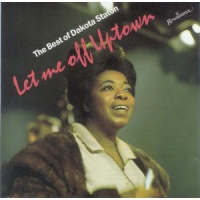 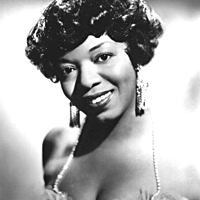 All About Jazz musician pages are maintained by musicians, publicists and trusted members like you. Interested? Tell us why you would like to improve the Dakota Staton musician page.