Nicknamed "Deedles" as a child (her mother's endearment), Tacoma-born Schuur grew up steeped in traditional American jazz, courtesy of both parents: David Schuur was a local police captain and amateur pianist, and Joanie Schuur kept a formidable collection of Duke Ellington and Dinah Washington albums in their suburban-Seattle home.

Not surprisingly, Dinah Washington is often listed as Schuur's major vocal influence. She learned the iconic singer's "What a Difference a Day Makes" while still a toddler and began developing her own rich, resonant vocal style. Jazziz Magazine describes her approach as one that encompasses her whole lifetime of singing: "Schuur's vocal chops move from little-girl innocence to bawdy-mama blues in a hair's breadth, but always at the service of the song." Schuur is also an accomplished pianist, accompanying herself onstage as well as on many of her recording projects.

Her most recent album is an homage to two of her important mentors, both jazz giants: Frank Sinatra and Stan Getz. I Remember You (With Love To Stan and Frank), released in 2014, also commemorates her "official" discovery by towering sax virtuoso Getz at the 1979 Monterey Jazz Festival. "She's consistently combined fine artistic efforts with the pizazz of an entertainer and held sway in both concert halls and small clubs," observed All About Jazz's Victor L. Schermer in his rave review. "Her style incorporates both subtle jazz interpretation and the power of rhythm and blues."

I Remember You finds Schuur in an intimate setting, surrounded by her quintet, with compositions both understated and sophisticated. Featuring all-new arrangements by Grammy winner Alan Broadbent, the material blossoms under Schuur's improvisational scatting and deeply poignant delivery. I Remember You is Schuur's 24th album, and what is evident throughout, is the musical wisdom and innate grace she has continued to evolve, all through her expansive, 40-plus-year career.

That much-laureled career includes two Grammy Awards—- each for Best Jazz Vocal Performance—-on Timeless (1986) and Diane Schuur and The Count Basie Orchestra (1987). Both were released by GRP Records, the label that had launched her recording career. Schuur scored three additional Grammy nominations for subsequent albums Pure Schuur and Love Songs, as well as for the individual track "The Christmas Song."

Her music has explored almost every locale on the American musical landscape, and her attendant studio collaborations—-showcasing Schuur's pitch-perfect execution and crystalline, three-and-a-half-octave vocal range—-are a who's who of superstellar American originators in a plethora of styles. They include the albums Heart To Heart with B.B. King and Swingin' for Schuur" with Maynard Ferguson, alongside assorted tracks with Stan Getz, Ray Charles, Stevie Wonder, Herbie Hancock, Alison Krauss, Vince Gill, Mark Knopfler, Jose Feliciano, and Karrin Allyson, among countless others.

Schuur's voice is bold and expressive, traversing a straight-ahead brand of jazz in her trademark style—-simultaneously romantic and mischievous, radiating warmth and soulful passion. And, as noted above, it all started very early in her life; the precocious jazz singer made her stage debut at nine years old, performing at a local Holiday Inn.

An audio souvenir of another formative gig is actually captured on her 2008 album, Some Other Time, which contains 11-year-old Deedles' 1964 performance of "September In The Rain." The vintage track displays an uncannily accurate template for all the elements present in her mature style today: the alternating qualities of intimate tenderness and outgoing theatricality, the assured sense of rhythm and phrasing, the unerring perfect-pitch sensibility. An especially touching piece on this recording is classic Irish heartbreaker "Danny Boy," which opens with a brief snippet of her mother's voice asking, "Diane, do you know the song Danny Boy?" and Schuur responding, "I'm going to record it, Mom. Just for you." Her mother, sadly, never got to hear that 2008 release," as she died of cancer in 1967, when Diane was 13.

The artist has been blind since her premature birth in 1953, having lost her sight to the disorder Retinopathy of Prematurity. It affected babies receiving high-oxygen therapy during neonatal intensive care—-which was standard practice until, tragically, 1954. She first learned to play piano by ear, picking out tunes on the keys with two fingers at the age of 3. "I sang to myself at night," recalls Schuur. "Mom and Dad would open the door a crack and yell ‘Diane, shut up,' so I progressed from there to the closet." By age 6, Schuur was giving regular command performances amid her corduroy jumpers.

Her formal study of piano began while at the Washington State School for the Blind which Schuur attended until she was 11 years old. A significant inspiration came at the age of 12 when her mother brought home an LP by the great George Shearing, Concerto for My Love. Young Diane learned all the pieces (by ear, of course), soaking up the distinctive style of Shearing—-who was blind himself. Her family arranged a meeting with Shearing during a local stint in Seattle, and she learned from that encounter that a life in music was indeed within her grasp, despite her handicap. Deedles finished her studies in public schools, eventually studying voice at the University of Puget Sound.

After playing clubs and bars around the Pacific Northwest, Schuur's first break came in 1975 at the age of 21, when she did an informal backstage audition for Doc Severinsen during one of The Tonight Show bandleader's tour stops at the Seattle Opera House. Band member and drummer Ed Shaughnessy was so moved by Diane's talent, he invited her to sing a gospel suite at the famed Monterey Jazz Festival the same year. That performance led to a return, high-profile featured spot at Monterey in 1979, where Stan Getz, captivated by her set, became her mentor and advocate.

"She's just like Sarah or Ella to me," Getz once said about Schuur. "She's taking from the tradition, and what comes out is her own conception and advancement of the tradition." A subsequent invitation from Getz had Diane participating in an all-star performance at the White House with Dizzy Gillespie, Chick Corea, Jon Faddis, Itzhak Perlman and Getz, filmed for PBS. When GRP Records owner Larry Rosen happened to catch its broadcast, the spellbound Rosen signed her immediately to GRP, and Schuur's career took off. First Lady Nancy Reagan requested Schuur return for an encore performance in 1984, and she was back in D.C. yet again in 1999, as one of the select musical guests invited to sing for Stevie Wonder at the Kennedy Center Honors (when Wonder received that prestigious award).

Between 1984 and 1997, Schuur made 11 albums for GRP, plus two best-of collections. She went on to record four projects for Concord Records, and experienced a dream come true when Ahmet Ertegun, the legendary founder of Atlantic Records, signed her, resulting in the 1999 release Music Is My Life. She has appeared at Carnegie Hall seven times and has racked up numerous Billboard chart-topping jazz releases. Several classic live performances are also available on DVD, including Ray Charles In Concert with Diane Schuur (Image Entertainment), Diane Schuur & The Count Basie Orchestra (Image Entertainment), and Live From Seattle with Maynard Ferguson (Paradise Artist Studios).

Over the years, Schuur has participated in many charitable and educational projects. She is a respected educator, conducting clinics and master classes for students of all ages at universities, high schools, and middle schools. A partial list of organizations she has assisted via fundraisers includes Music Doing Good, Inc., The Braille Institute, Northwest African American Museum, World Institute on Disabilities, Betty Ford Foundation, Library For the Blind, Community Anti-Drug Coalitions of America, and the Jerry Lewis Telethon for the Muscular Dystrophy Association.

Connecting with audiences is what Diane does better than anything else, and after four illustrious decades she's still doing it, on record and in concert. "For the future I plan to continue my reading of classic American song," reflects Schuur, "paying respect to celebrated writers and polishing their gems in the jazz tradition." And she is, indeed, fulfilling that goal. In addition to touring theaters and festivals around the world with her own group—-in which she employs many of the top jazz players in the country—-she also appears as special guest with the Count Basie Orchestra as well as other professional and university big bands.

Additionally, Schuur has a personal library of arrangements for performances with symphony orchestra, and has appeared with Boston Pops, the Pacific Symphony, the Houston Symphony, the Honolulu Symphony Orchestra, the Detroit Symphony and the Moscow Symphony Orchestra to name just a few. Reviewing one performance with Peter Nero and the Philly Pops Orchestra, All About Jazz's Schermer declares, "Ms. Schuur surely is among the very best jazz vocalists, and she exemplifies if not redefines the ‘diva' category with her warm, often humorous, and relaxed interactions with the audience and the musicians. Her mere presence is enough to make for a memorable evening." Show less 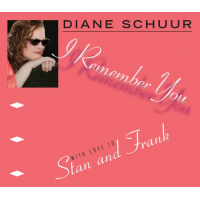 Not On Label (Diane French Self-released)
2011 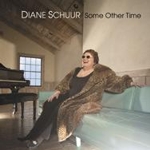 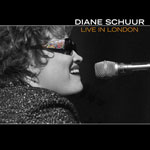 Not On Label (Diane French Self-released)
2005 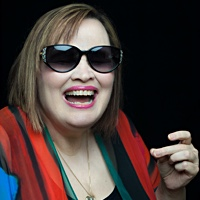 All About Jazz musician pages are maintained by musicians, publicists and trusted members like you. Interested? Tell us why you would like to improve the Diane Schuur musician page.