She studied jazz vocal technique 1982-4 at Humber College. Her earliest work was in support of Toronto- based groups Canadien Club, Whitenoise, Parachute Club and Vital Sines. She formed her own trio, with pianist Aaron Davis and bassist David Piltch, in 1986 and quickly established herself with her distinctive smoky contralto voice and slightly arch stage persona. She was especially popular in Japan, where her 1992 single "Calling You" was a top-10 hit.

Cole was in the vanguard of a resurgence of female jazz singers who interpreted contemporary pop songs. Her recordings after 1995 were more firmly in the pop vein, with songs composed by Sheryl Crow, Randy Newman and Paul Simon.

Holly Cole maintained a long relationship with Toronto's Alert Music, which licensed many of her recordings to other companies for international distribution. In 1989 Cole's trio released an EP, “Christmas Blues,” and quickly followed it with her first full-length release, “Girl Talk,” which was re-released internationally in 1994.

In 1991 Cole signed her first major distribution deal with the seminal jazz label Blue Note Records and released “Blame It on My Youth,” from which her first Japanese hit was taken. “Don't Smoke in Bed,” from 1993 followed a similar formula and yielded another strong single, a languid remake of Jamaican singer Johnny Nash's "I Can See Clearly Now." In 1995 she varied her approach, adding more than a dozen musicians to her trio for “Temptation,” an album of songs by Tom Waits. That year she also recorded a single, Oscar Brown Jr's "Hum Drum Blues," for a Blue Note compilation with a number of first-rate jazz players, including pianist Mulgrew Miller, saxophonist Javon Jackson and drummer Bill Stewart, which indicated the label's efforts to legitimize her as a jazz artist.

Cole's latest album, “Holly Cole” (originally entitled This House Is Haunted) has been released in Canada in March 2007. It was released in the US in January 2008.

Holly Cole toured widely after her first international recording releases in the early 1990s. In Canada, she established a pattern of extensive tours during the winter holiday season, frequently culminating with large-scale Christmas concerts in Toronto and a New Year's Eve gala at the National Arts Centre in Ottawa. In 2004, her annual holiday trek included a touring symphony orchestra. 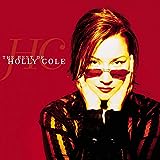 The Best of Holly Cole

All About Jazz musician pages are maintained by musicians, publicists and trusted members like you. Interested? Tell us why you would like to improve the Holly Cole musician page.