Anyone hearing this debut album, Make This Moment, will realise that this is an artist who is totally involved with a kind of music that she really loves. The love and maturity with which she delivers sublime interpretations of both new songs and well-known standards, makes this a debut album of rare quality.

Make this moment was released in Norway in October '04 and it has been well recieved. The song "Will you still love me tomorrow" became a hit on the far most popular Norwegian radiochannel p1.

Inger Marie started singing while she was a little girl trying to walk...

Music, regardless of style, has played a huge and important role in her life. When she grew up she would always listen to her fathers singing and playing, and she soon discovered the joy of performing in front of an audience of family and friends. She grew up in the small town Arendal, on the south coast of Norway.

She has accumulated quite a bit of experience, escpecially in the "jazz/pop" genre. For nearly twenty years she collaborated closely with local musicians and well known musicians with a nationwide reputation.

For a period of six years she was the lead singer of a local bigband, and later on she led her own jazz quintet, "My Favorite Strings". She also had the pleasure of working closely with one of Norways finest latin-jazz guitarists, Tom Lund, the founder of the renowned group "Trio de Janeiro". In later years she has done lots of freelance live work with excellent jazz musicians, as well as lending her voice to several CD releases, up until the summer of 2004 when she finally entered a studio to record her own CD release.

The time was right, after all these years her singing had matured into a voice of her own. The brilliant and well known musician, composer and producer Lars Martin Myhre offered to produce the record.

Producer Lars Martin Myhre says that never did he get a bigger surprise than when Inger Marie Gundersen made her debut in a recording studio. She was displaying a voice so controlled, so beautiful and so personal at her first recording date that the seasoned producer was left sitting there with his mouth open, admiring the awareness and the warm and direct communication in her voice.

In a music world where different shades of jazz-pop and more or less succsessful artists have entered the mainstream, this mature first timer enters with an unprecedented maturity and command of the style.

The title tune, "Make This Moment" was written by Espen Larsen and Jan Thygesen, both well-known profiles of the local music scene in Inger Marie Gundersen's hometown of Arendal, and the band backing her in the studio demonstrates the high standard of musicians in this area. A special mention must be made of the fact that the impressive saxophone playing on the album comes from the horn of �yvind G. St�mer, Inger Marie Gundersens own son, who joins his mother in the studio after playing with some of the major musicans and artists in Norway. Show less

Will You Still Love... 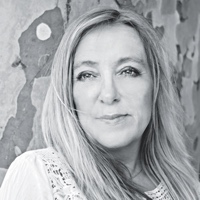 All About Jazz musician pages are maintained by musicians, publicists and trusted members like you. Interested? Tell us why you would like to improve the Inger Marie Gundersen musician page.