Gabriela Anders was born to music amidst the grace, paradox and tradition of Argentina. Her father is a noted jazz saxophonist, his father, a classical violinist and her grandmother on her mother’s side, a piano teacher. Gabriela studied classical guitar privately, and music and piano at a Conservatory in Buenos Aires.

“Growing up, there was a lot of Brazilian music, and I was totally fascinated with it because it’s so harmonically rich and melodically interesting.”

Adding to the musical medley was her father’s influence which became even stronger than her classical studies. After finishing high school, Gabriela decided that, rather than continuing her classical studies in Buenos Aires, she would move to New York. There she studied orchestration for brass and strings in a class conducted by Don Sebesky and composition at Hunter College. Gabriela started to write her own material. Her studio and club work took off leading to a record deal with major label Warner Brothers Jazz.

Gabriela Anders’ debut album on Warner Bros. Records, (1999) “Wanting” is brimming with vocal subtlety; although smooth, it is anything but simple. It features arrangements and production by Paul Brown, George Duke, Allain Mallet and Anders herself. The album elicited much praise for Anders’ vision and impassioned vocal style. Her unique marriage of Brazilian, Latin and Jazz led to Vogue and People Magazine describing Anders and her music as “exotic and bold”, “wonderfully soulful”, and “one of the most distinctive new voices to hit the music scene in years”.

Her second record for Warner Bros Records was a European release entitled “Gabriela” which featured an array of world-class sidemen, including Christian McBride, Amir “Questlove” Thompson and Kirk Whalum. Again, she contributed ten of the album’s twelve tracks.

“Cool Again is a gift from one of the most accomplished and appealing contemporary vocalists creating today.”

Gabriela Anders‘ upcoming album, “Cool Again”, beautifully displays the significant gifts as singer, vocal orchestrator, songwriter and bandleader she has steadily developed through her previous releases. The mix of original and cover songs on “Cool Again” finds Gabriela at her best. The soulful funk of the original title track is a classic example. Its message of empowerment can be considered a core theme in Gabriela’s lyrics and a source of her resonating appeal as a performer, entertainer and artist. Her love and familiarity with Brazil’s music, her appreciation for the American songbook, her skill as a singer/songwriter and her moving, intimate way with a ballad are all wonderfully present in “Corcovado”, “You Were Meant for Me”, “Pearls and Gold”, “Crave” and the Italian classic, “Sto Male”. Gabriela assembled a fantastic band for this recording: Wayne Krantz, Anthony Jackson, Horacio “Negro” Hernandez, Cliff Almond, Jim Ridl, John Benitez and Rogerio Bocatto. As most of the tracks were cut live in the studio, Gabriela’s singular and remarkably interactive musical nature is strikingly evident here. Show less 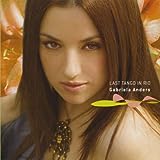 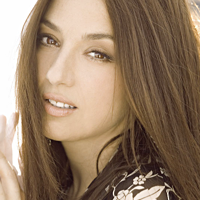 All About Jazz musician pages are maintained by musicians, publicists and trusted members like you. Interested? Tell us why you would like to improve the Gabriela Anders musician page.