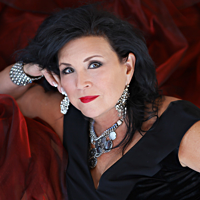 She stretches her voice to accommodate wrenching emotions and brings it all off with class.

Patty Peterson is a dynamic vocalist and radio personality. She is a world class Jazz/ R&B vocalist, a Jazz Radio show host on KBEM Jazz 88 in Minneapolis, a mainstay in the jingle and voice over industry and is an inspiring presenter on the national speaking circuit, in addition as an award winning vocalist both live and in studio,

Patty has performed the national anthem at several Major venues. She is also a concert producer for shows like - Memories – The Music of Barbra Streisand, The Jazz Women All Stars and for 25 plus years has produced the Peterson Family Christmas Shows

As a vocalist, Patty has performed to sold-out audiences all over the country such as Dakota Jazz Club to Vibrato, Catalina’s Jazz Club, The Jazz Bakery in Los Angeles, California and MIM in Phoenix Arizona. In addition, Patty received the coveted Minnesota Music Award 7 times for best vocalist as well as best jazz recording and in 2019, she was inducted into the Minnesota Music Hall of Fame, along with her siblings. She was also named Minnesota's Jazz Hero of 2020 via the Jazz Journalists Association for all her contributions to the Jazz community in Minnesota. Patty has released 5 solo recordings which featuring luminaries Sheila E., David Hazeltine, Stokley Williams, and Ira Sullivan, as well as members of her entire family. Patty's latest CD is entitled, “Count Your Blessings”, which was released in time for the 2019 Holiday Season.

Inducted into the MInnesota Music Hall Of Fame in 2019;

"Jazz Hero of 2020 via the Jazz Journalists Association" for her contributions to her work on Jazz88 FM and documenting Minnesota's Jazz History.

"She stretches her voice to accommodate wrenching emotions and brings it all off with class."  —Jazz Times

All About Jazz musician pages are maintained by musicians, publicists and trusted members like you. Interested? Tell us why you would like to improve the Patty Peterson musician page.