Jonathan Karrant is an American singer born in Fort Smith AR. His album, “On and On” hit #4 on the Billboard Jazz charts and was released on January 8th, 2013. It features such songs as “Don’t Let Me Be Lonely Tonight”, and “Doodlin’” as well as the title track, and was produced by Tyler Monks, with pianist Josh Nelson, bassist Rob Thorsen, guitarist Mark Shapiro, and drummer Duncan Moore. “A voice, romantic without being cloying, warm but not forced, Jonathan carries songs with an emotional weight that reaches your soul. At the same time he can swing with the kind of jazz suave that was patented by Mel Torme.” Jazz Corner

Jonathan has received several honors including; the New York City Jazz Cabaret Honors, “Best Singer” for the Bravo California Awards and was named one of the top 12 rising jazz vocalists by Downbeat. Jonathan was asked to present two-time Grammy Award winner, Diane Schurr, with the proclamation of “Diane Schurr Day” in Palm Springs, Ca.

He studied performance in New York City at the William Esper Studio, and music with the Seth Riggs Vocal Method with Greg Enriquez in Los Angeles. He also studied privately under the direction of Marilyn Maye and Kurt Eling.

In his popular single, “Lady in Red” (written by Chris De Burgh) released on May 11th, 2015, Jonathan truly shines. Backed by pianist Mikan Zlatkovich, bassist Bob Magnusson and drummer Duncan Moore, Karrant sets himself apart from other contemporaries on this single. Ultimately, he displays a brilliance through phrasing and languid passages that linger. ~ NYC After Dark Jonathan’s album Live was recorded in Las Vegas at one of the top 10 performing art centers in the world; The Smith Center. The new record was released on October 16th 2018 and reached # 2 on the iTunes Jazz Charts. Recorded on the album are some of Jonathan signature songs including one of his most popular, Teach Me Tonight. The album features Saxophonist Charles McNeal, Pianist Jason Corpuz, Bassist David Ostrem, and Drummer Paul Ringenbach.

In 2020 Jonathan released the first vocal jazz recording of Mariah Carey‘s iconic pop holiday song All I Want For Christmas Is You. The single was greeted with high regard and featured Charles McNeal, James Whiting, Patrick Hogan, Nick Schmitt and Jeremy Klewicki on the recording. It was mastered by award-winning musical engineer Josh Connolly.

Jonathan collaborated with freind and pianist Joshua White on their duo album Shadows Fall. The 13-track album is a collection of classic standards such as Lush Life, So in Love, and I Thought About You, and features more contemporary songs not typically heard in the jazz genre like Simply the Best, I Try, and Your Smiling Face. Selections like Stop This World, show a light playfulness between Jonathan and Joshua. While the song Detour Ahead, deliver a deep heartfelt and meaningful message. Song after song the two artists continue to complement each other through creative expression and unique phrasing.

Jonathan continues to recorded and tour. 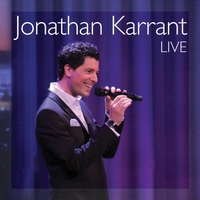 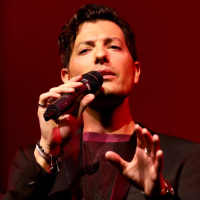 All About Jazz musician pages are maintained by musicians, publicists and trusted members like you. Interested? Tell us why you would like to improve the Jonathan Karrant musician page.