Born and raised in Atlanta, Georgia, 23 year-old Joe Alterman has been playing the piano since the age of five. He moved to New York City in the fall of 2007 to study music at New York University. He graduated in May of 2012 but is now back to complete his Masters' degree. While there, he has studied with greats including Don Friedman, Jean Michel-Pilc, Ralph Lalama, Joe Lovano and John Scofield, among others. He has performed at venues around the world including the Blue Note Jazz Club in Milan, the High Museum of Art in Atlanta, and Preservation Hall in New Orleans; he has led groups at venues in New York City including the Blue Note Jazz Club, the Iridium Jazz Club, and Cornelia Street Café, among others

Joe Alterman Trio with John Sandfort at The Jazz Corner 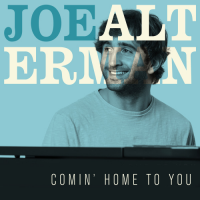 If you're like me, you probably grow frustrated when you run out of early recordings by pianists such as Red Garland, Ahmad Jamal, Ramsey Lewis, Gene Harris and Les McCann. You know, pianists who listened to themselves as they played and loved more than anything to swing and move souls. These pianists had a healthy respect ...

The year of 2012 proved once again that jazz remains a wonderfully diverse and diverting art form. Here are ten of my favorite albums, in no particular order.Christine TobinSailing To Byzantium(Trail Belle)A joy from first note to last, this is a majestic and beautiful work. Ian ...

Give Me The Simple Life

Label: Miles High Records
Released: 2012
Track listing: Georgia On My Mind; Give Me The Simple Life; The First Night Home; Pure Imagination; An Affair To Remember; I Guess I'll Have To Dream The Rest; Kelly's Blues; Why Try To Change Me Now?; Why Do I Love You?; Biscuits; They Say It's Spring; I'm Yours.

Bruce Lindsey, in his review of Joe Alterman's Give Me The Simple Life, notes that the young pianist has..."the feel of a musician who's been immersed in his chosen music for decades." Citing Errol Garner, Oscar Peterson and Red Garland as influences, Altman betrays influences that further give bona fides to his experience beyond youth. Chief ...

Over the past 95 years, jazz has repeatedly had to drag fans kicking and screaming into the future. Most fans like what they like and don't care much for new jazz styles, especially those that are radically different from the music they favor. While jazz certainly must evolve if it is to survive beyond the museum, ...

There's a tension for many young jazz musicians, between the desire to start recording and the rather contrary need to develop technically and aesthetically before going public. Sometimes there is no tension: Joe Alterman is a case in point. The pianist may be a mere stripling in his early 20s, but he has the technique, the ...

Smokey Robinson At Lehman Center For The Performing Arts

Lehman Center for the Performing Arts continues its tremendous 31st season with a superstar of popular song – the GRAMMY Award-winning “poet laureate of soul music,” Smokey Robinson, on Saturday, April 28, 2012 at 8pm. The velvet-voiced singer/songwriter, whose $60-million-plus in record sales helped turn Motown into the largest Black-owned corporation in the world, recorded 37 ...