Performing on flying trapeze and aerial bungee came naturally to vocalist Kari Kirkland, a former Ironman Triathlete competitor and daughter of an Olympic-drafted swimmer. “Live music is not unlike Flying Trapeze; one must be confident, fully engaged, and ideally, joyful.” says the former co-owner of Emerald City Trapeze Arts. After eight years in Seattle working as a professional circus artist, the mystery of the Southern California desert beckoned. She left the dazzle of the circus and the death-defying practice behind to become a full-time musician. Kari remarks, “There is inherent magic in the desert… a stillness and an energy that coexist like nowhere else on earth. What better place to be an artist?”

Kari’s debut album, Wild is the Wind, was inspired in part by David Bowie’s performance of the title track. “It’s been one of my favorite songs since I was 18”, says Kari. “I heard an interview with Bowie where he considered his version (an homage to Nina Simone), to be the closest to his ‘true’ voice ever recorded. I had a chance meeting with him in Vancouver, BC in 1997. I told him how inspired I was by “Wild is the Wind,” and we had a laugh because he said it was recorded almost exactly when I was born.” This idea of the “true voice” intrigued Kari, having spent most of her life in bands singing to suit the occasion. She wanted to get deeper inside the songs and allow her emotions derived from the lyrics to drive the vocal performance. The collection of contemporary and jazz standard songs on the album have more in common than one might notice at first glance. Kari remarks, “the majority of songs are about unrequited or forbidden love. For me, this kind of love is rooted in pain. It’s easy to access the idea of pain, but very difficult to genuinely express it. Producer Shelly Berg would come into the booth just before a take, and we’d talk through the lyrics and share stories that connected with the song. He helped me achieve a sentimentally-raw state, allowing me to deliver a performance that was authentically painful, and occasionally playful.” In the gospel-inspired ‘Jealous’ and the contemplative and orchestral ‘I’ll Be Around’, the emotion is palpable. “I couldn’t get through either song without crying. We tried a few takes, took a few breaks, and still, the tears would come at the close. In the end, we kept the original takes. Those performances felt powerful, and thoroughly cathartic”, remembers Kari. Drawing from a darker underworld of emotions, ‘Do It Again’, ‘Secret’, and ‘Steamroller Blues’ gave Kari a chance to untether a sultrier, sexier vocal that spoke to a more visceral part of her.

The Canadian-born daughter of two working musicians from the US, Kari’s simple and acutely lean childhood was spent crisscrossing North America by car. Music was a part of nearly every day, and Kari learned to find her own way in a world filled with adult companionship. She was home-schooled on the road by her mother and learned to play the piano under her father’s encouragement, practicing scales and playing by ear before and after her parents’ performances each night. Non-travel days were spent picking out books and cassette tapes from the dollar bins in mom-and-pop stores. Desiring nothing more than to be like other kids her age, her favorites were Judy Blume (for the sheer teenage angst), and George Michael (to rebel against a conservative upbringing), respectively.

She fastidiously studied her parents on stage and sang made-up melodies into a cassette recorder in hotel bathrooms or nestled in a sleeping bag in the back seat. At 19, she wrote her first complete song, and began playing with a pop band in Vancouver, BC. Kari played in various pop, rock, cabaret, and jazz groups through the early 2000’s in Canada and the US. She moved to Europe in 2003 where she spent 4 years writing, recording, and performing.

In 2012, while working in Seattle as a private chef by day, and performing original music at night, Kari signed up for a Flying Trapeze class. “My friend wanted to try it, and when her birthday rolled around, I decided I would take the leap with her.”, recalls Kari. That birthday gift would change her life in every way. The afternoon of her Flying Trapeze class, Kari met her husband in midair. He owned a circus school and performance venue in downtown Seattle and opened his arms and his heart to Kari. In true Big Top fashion, they married (one year to the day later), after performing on the Flying Trapeze for their 150 guests. Their wedding was filmed for TLC’s “Four Weddings”, and with a grand entrance spiraling down by one wrist from 40 feet above the ceremony altar, Kari set foot on a completely new stage: the circus.

Together, she and her husband, Gary produced large-scale theatrical circus shows with Kari at the creative helm. Whether coaching flying trapeze students from a platform suspended 30 feet off the ground or performing at private corporate events for the likes of DocuSign, Microsoft, Google, and Amazon, the husband and wife team were profoundly and happily busy. Her musical career took a back seat for a while until Gary stepped in.

Searching for a sound that felt like the perfect fit for Kari’s voice, Gary contacted composer, pianist, and Grammy nominee Shelly Berg to see if he would consider working on a demo recording with Kari. Sight unseen, and with what Shelly would later describe as “just a feeling that I should do it”, he agreed to meet with Kari. After a cinematic, midnight meeting and impromptu musical hang at Shelly’s house in Coral Gables, Florida, he agreed to arrange and produce a 6-song EP. Shelly pulled together Phil Ramone’s rhythm section and booked United Recording in Los Angeles for the sessions. With perhaps the most recorded guitar player on the planet, Dean Parks, as well as Kevin Axt of the Tierney Sutton Band on bass, Sinatra’s drummer, Gregg Field, and Shelly himself on the piano, six songs were recorded over two afternoons. The energy at that session was so powerful that they decided to expand the EP into a full album.

The group agreed to meet again in November 2016 to record six more songs. Acclaimed percussionist Brian Kilgore was brought in to add percussion, and three-time Grammy winner John Daversa laid down a trumpet track on the album’s opening song, “Do It Again.” The project was engineered and mixed by Don Murray in LA and mastered by Paul Blakemore in Nashville. One special guest on the album came about through some of the same “magic” as the original meeting with Shelly: Roy Hargrove.

Kari describes their first encounter: “After playing a late set at Jazz Alley in Seattle, Roy was coming out of the green room as I was coming out of the ladies’ room. We very nearly walked right into each other. I told him how much I had enjoyed his set, and that it was an honor to meet him. We chatted for a while, and in a moment of sheer boldness (which is most unlike me), I asked if he would play on my album. He looked me right in the eye, kind of shook his head and chuckled, and said ‘Yeah, man. Send my manager a message and let’s set it up.’ A few months later, I found myself in John Lee’s studio in New Jersey, sitting at the kitchen table with Roy. We spent the day working on the track, “Too Late Now.” A year and a half later, he was gone. I feel so fortunate. Though I never got to see him again, Roy’s presence on the album is an eternal reminder of his generosity and his love for music… even a complete stranger’s.”

Citing early vocal inspiration from Joni Mitchell, Kate Bush, and Linda Ronstadt, Kari’s vocal style and phrasing has been coined as “unique” by arrangers and producers alike. “In my teens, I listened to a wide array of artists; XTC, The Pretenders, Prince, The Police, Peter Gabriel, The Smiths, and The Band all stand out as influential in terms of melody, structure, and attitude. It was the iconic female song-stylists, though, that shaped me as a singer. In making Wild is the Wind, I drew from my deep admiration of Nancy Wilson, Eva Cassidy, and Julie London to bring forth a sound and a style that I hoped would do these songs justice.”

The album is rooted in jazz, but crosses over into Adult Contemporary, Pop, Blues, a little bit of Latin, and Cabaret. The American Songbook is lovingly featured with “It’s Alright With Me”, “Too Close For Comfort”, and “I’ll Be Around”, while more contemporary songs like “Everybody Wants To Rule The World”, “Secret”, and “Jealous” find a new and distinct sound. Kari’s voice is sultry and sensual, gently finding its place among the at times ethereal, at times straight-ahead swinging arrangements by Shelly Berg.

Wild is the Wind will be released on Slea Head Records. Slea Head, on the west coast of Ireland, is a geographical stepping-off point in Europe, where ships left Ireland for the new world. “People took a leap of faith, leaving behind family, friends, their land, and a life that they understood, for somewhere and something completely unknown,” says Kari. “I love the symmetry of that in my own life.” Having left the Circus in the Pacific Northwest in 2019, Kari now lives in the desert, where, after a lifetime of searching, she’s finally found home. Show less

'Everybody Wants To Rule The World,' First Single And Video From... 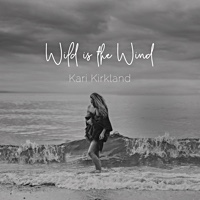 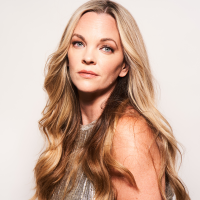 All About Jazz musician pages are maintained by musicians, publicists and trusted members like you. Interested? Tell us why you would like to improve the Kari Kirkland musician page.