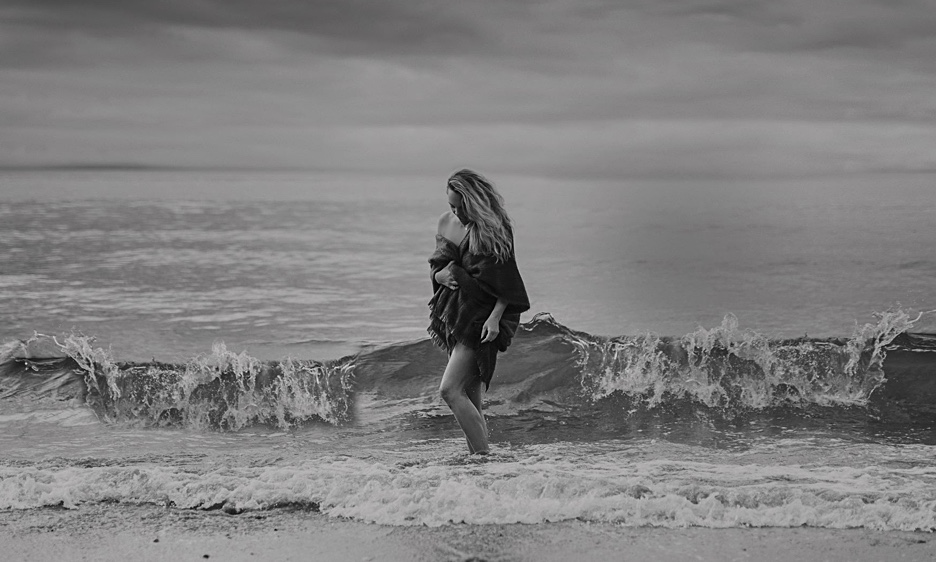 Kari Kirkland's debut album 'Wild is the Wind' was produced and arranged by four-time Grammy©-nominee, pianist, composer, and arranger Shelly Berg. He assembled an impressive cast of players for the recording: legendary guitarist Dean Parks, Kevin Axt (Tierney Sutton) on bass, and drummer Gregg Field (Frank Sinatra), with Berg himself on piano. The roster of musicians also include session percussionist Brian Kilgore, three-time Grammy©-winner John Daversa on trumpet, and two-time Grammy©-winner Roy Hargrove on trumpet and flugelhorn. While the presence of jazz greats such as Berg and Hargrove do establish Wild is the Wind as a jazz vocal album, the selection of songs cross musical boundaries, ranging from Adult Contemporary, pop, and blues, with bits of Latin and cabaret adding spice. Kari's voice is sultry and sensual, gently finding its place among the at-times ethereal, at times straight-ahead swinging arrangements courtesy of Berg.

I'm currently working as a vocalist, but I grew up playing piano, saxophone, oboe, bass guitar, and percussion. I'd really like to learn how to play the drums!

Listening to artists like Joni Mitchell, Nancy Wilson, Julie London, Diana Ross, Randy Crawford, and Linda Ronstadt growing up, I was fascinated with the different tones and breath-work each woman had, and they all influenced how I approach my phrasing. Eva Cassidy influenced my song-styling techniques. Taking well-known pieces and making them new again was a specialty of hers, and I have admired her musical choices for many years. My greatest 'in-person' teacher to date is, hands down, Shelly Berg. Even though I didn't go to his school, what he taught me in the studio has proven to be invaluable.

I heard Joni Mitchell sing 'All I Want' on a cassette tape of her album Blue that someone left at our house when I was 12. At that moment... that first listen, I thought, 'I want to feel like that... so free... it's like flying."

Many people have described my sound as "ethereal" and "sultry." Jonathan Widran coined my voice as a "breathy emotional invitation," and that sure feels like home to me. I like to approach each song as a story, whether it's fact or fiction, and dig into the lyrics to vocally sculpt the words into something sentimentally tangible.

Shelly Berg on piano, Kevin Axt on bass, Dean Parks on guitar, Peter Erskine on drums, Sean Jones on trumpet, Brian Kilgore  on percussion, Ken Peplowski on clarinet and sax, and a cameo duet with Sting!

Since this is my debut album, Wild is the Wind goes right to the top of the list! It's such a lush, yet intimate album, and I'm incredibly proud of the musicianship, the production, and that I was able to tackle the overwhelming task of independently releasing it.

Authenticity. Having performed in multi-genre collectives for years, I often found I was singing to suit the occasion, which is a bit of a necessity in any working party band. With this album, Shelly (Berg) encouraged me to explore each song individually on a far deeper level. What resulted was this secure feeling that I was finally being "me..." I wasn't singing for anyone or putting on a show... it was a simple, pure, vulnerable translation of emotion through the music and the vocal.

I got married on a reality TV show on TLC called Four Weddings! It was a crazy experience, but I met three other wonderful brides and I'm still friends with all of them to this day!

Ella Fitzgerald's Songs in a Mellow Mood when I was 13.

How many albums can I fit in a backpack???

Hopeful! Almost every musician I've talked to over the past few months is starting to feel a renewed sense of creative drive. Creativity took a hike for a lot of us during the pandemic; many of us were in pure survival mode. Now that protocols are being put in place so we can start to perform live again, it seems that the fire is being stoked in many musicians. The connection between artist and audience was essentially extinguished for more than a year, and when it returns safely, I think there will be an explosion of joy and gratitude, from both musicians and audiences alike.

I've begun the initial planning of a new album. The goal is that barring Covid-19 restrictions, I'll be able to get back into the studio this fall to start producing my sophomore offering! Of course, I would absolutely love to tour Wild is the Wind all over the world. Hopefully we'll all be able to enjoy live music in person sooner rather than later!

More of a pet peeve than a true fear I guess, but I absolutely can't stand starting late. I'm a stickler for starting on the dot. If the ticket says 8pm, we go on at exactly 8pm. I do have an irrational phobia of balloons though, so perhaps my greatest fear would ultimately be starting late to a room filled with balloons.

"Last Goodbye" by Jeff Buckley. It's a breakup song, really, but it feels like a fitting farewell. I hope they play it at full volume. With cake.

Strangely, I don't sing, but I LOVE to dance (carefully!) to electronic music in the shower. My favorite? Shpongle!

I volunteer at the Palm Springs Animal Shelter as a dog-walker, and I'm an avid (rookie) gardener. I also work on contract for TEDtalks as an online moderator. I love to cook, bake, cycle, and am a huge fan of very long walks to clear my head and elevate my mood.

I've always had a dream to save up, buy a really unique house, convert it into an amazing B&B, and be an inn-keeper. I'd take inspiration from my very favorite guest house in the world: The Pax Guest House in Dingle, Ireland. Since I used to be a private chef, I'd make sure that breakfast was off the hook, and everyone would feel warm and welcome; like they'd found their home away from home.

Carl Sagan or Carl Jung. It would be a real toss up between the two Carls. Imagine if I could dine with both of them? We could talk about extraterrestrial archetypes all night, and I would definitely order dessert.

What's the best advice you've ever received regarding your music career?:

It's quite difficult to adhere to, but it's such a solid suggestion: don't compare yourself to anyone else. This doesn't mean that you shouldn't study other artists' work, technique, or journey. Exploring other people's music and careers is extremely informative when approached as a lesson instead of a criticism of yourself. The way I interpret this advice is that there is no 'win' in getting stuck in the (very) circular thinking that you aren't as good as someone else. Don't worry that you're not good enough. Get out into the world and be sparkly. Be confidently, uniquely you. You are enough.

Kari Kirkland · It's Alright With Me