The late Mel Tormé said, "Since the advent of Benny Goodman, there have been too few clarinetists to fill the void that Goodman left. Ken Peplowski is most certainly one of those few. The man is magic." The New York Times pronounced a concert of Ken's "Goodman Straight Up,With A Twist Of Lightning." These quotes only hint at Ken Peplowski's virtuosity - not only is he an outstanding clarinetist and saxophone player, but he's also a charismatic entertainer who has been delighting audiences for over 30 years with his warmth,wit, and musicianship. "When you grow up in Cleveland, Ohio, playing in a Polish polka band, you learn to think fast on your feet,” says Peplowski, who played his first professional engagement when he was still in elementary school 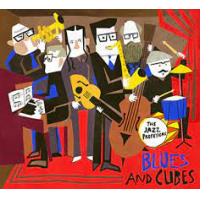 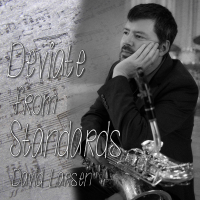 Label: Larsenjazz Productions
Released: 2021
Track listing: A New Thing Comin'; Smoke Screen; Augmented Reality; Family; He Who Getz the Last Laugh; See You at 8; Into the Light; Into the Mild; Tensai